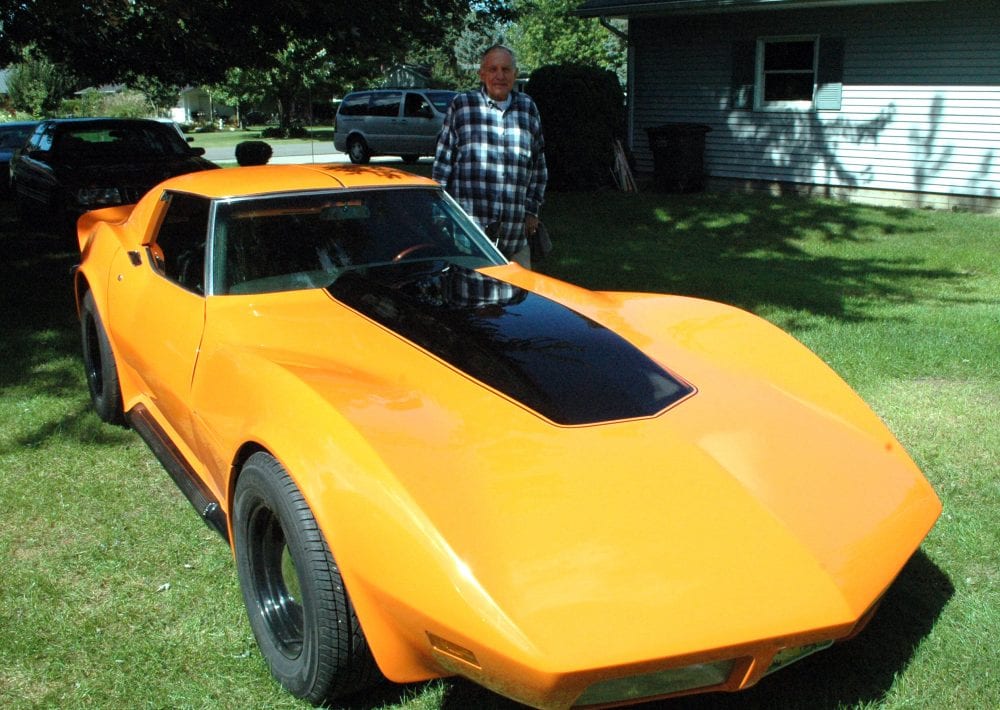 Seeking to recapture the feeling of driving around in his youth a Pioneer man has been collecting vintage cars for the past 30 years.

Bob Becker has been acquiring vintage cars since 1986, but he seldom pays top dollar for them. That frugalness has allowed him acquire nearly 20 cars with an end in sight.

Becker finds his cars in publications such as Ohio Auto Trader, the Internet and through friends and classic car shows.

“My uncle worked for Chrysler on alternators,” Becker said explaining the connection.

The ’56, he traveled to Brighton, Mich., and drove it home. He found it on the internet.

The cars don’t just sit around, “I try a different one every other day.”

In the winter he starts them up once a month and moves them back and forth a foot to “keep the oil moving.”

His wife supports his collecting, he said. The Holgate native has done well after a 38 ½-year career at Moore Business Forms in Angola.

“Then I will be done,” Becker said.

He still has the 1978 Lincoln Continental Mark V he bought brand new. The nearly 40-year-old car only has 45,000 miles on it, Becker said.

The Lincoln is complimented by three Cadillacs, he said.