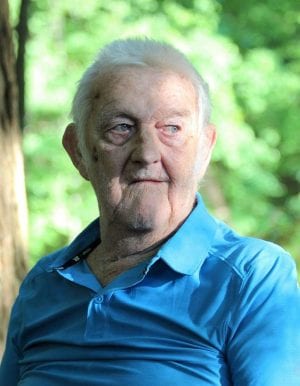 Robert E. Bittinger, age 79, of Lyons, with his family by his side, passed away Saturday evening, December 3, 2016 at Ebeid Hospice in Sylvania. He was born in Waterville, OH on March 24, 1937 to the late George and Jesse (Penn) Bittinger.  He was a graduate of Chesterfield-Dover High School, class of 1956. After high school he served in the Army from 1958-1960. On January 20, 1962 he married Bonnie Wanless and she survives.

Robert worked as a factory worker for Cambell Soup Company until his retirement in 1998. Following his retirement he worked as a self-employed truck driver for many years. Robert enjoyed traveling, bowling and spending quality time with his children, grandchildren, family and friends. He was preceded in death by his parents; two daughters, Tracy and Michelle Bittinger; grandson, Curtis Bittinger; and brother, Fred Bittinger.

In lieu of flowers, contributions may be directed to Ebeid Hospice, 5340 Harroun Road, Sylvania, OH 43560.  Online condolences may be sent to the family through our website at www.barnesfuneralchapel.com.