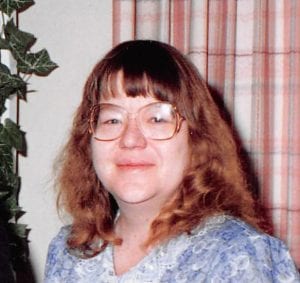 Roberta L. Dietsch, 66, of Montpelier passed away Tuesday morning at her home. She was born on April 13, 1950 in Montpelier to LeRoy and Margaret R. (Swayne) Faunce. On July 15, 1967 she married David L. Dietsch in Montpelier and he survives. Roberta worked for the Williams County Social Services as a Day Care Provider for approximately 18 years. She was a former member of the Monpelier Moose, Williams County Fair Foundation and formerly attended the First Presbyterian Church in Montpelier.

Roberta is survived by her husband of 49 years, David; daughters Cheryl A. Dietsch of Montpelier and Christal L. Osborn of Edgerton; three grandchildren; and one brother John L. Faunce.

She was preceded in death by her parents, son Daniel Dietsch in 1982, infant sister Charlene Faunce, and infant great grandson Levie Young.

Visitation for Roberta will be on Friday, January 20th from 2-8pm at the Thompson Funeral Home on Main Street in Montpelier. Services will be on Saturday at 11am at the funeral home with Pastor Don Harris to officiate. Interment will follow at Riverside Cemetery in Montpelier.

Memorial contributions may be made to the Williams County Humane Society. Condolences can be left at www.thethompsonfuneralhome.com.