Santa Pays A Visit To Edgerton 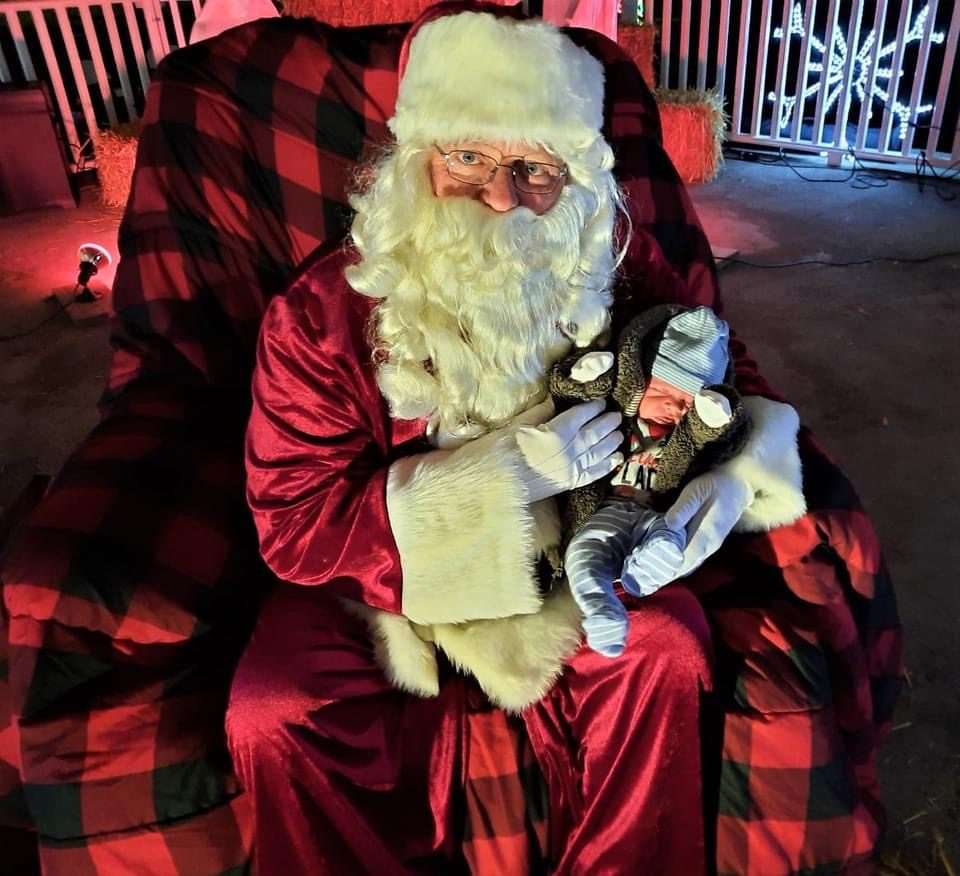 SANTA WITH THE YOUNGEST … The youngest visitor of the night at the Edgerton welcome to Santa event, was Noah McClary who was only one month old, and yes, Santa was able to understand his request. (PHOTO PROVIDED)

Each town has a special way of welcoming Santa to town and beginning the Christmas Season. Some hold an event before Thanksgiving and others hold off until afterwards. Edgerton, Ohio held their first Annual Christmas Tree Lighting Celebration near the downtown Gazebo on Saturday evening, November 27, 2021.

Mayor Robert Day was pleased that despite the slight drizzle of rain at the start, Santa “arrived in style thanks to the Edgerton Fire Department.”

Santa then led the countdown for the lighting of the tree and several new decorations in the park. Several of the Ms. Edgerton Pageant winners helped Santa with the children as he sat for a traditional time with them.

Kenn-Feld Group of Edgerton provided hot drinks for the crowd while cookies made by Megan Gerig were also enjoyed.

Three fire pits were lit and appreciated as a place to get warmed up on that cold night. Food items were donated by attendees who then got to sign up for a cash prize drawing.

The cash prizes were donated by The Edgerton Earth. John Van Ausdale provided the use of a sound system for background Christmas music and Christmas carols were sung together as well.

According to Mayor Day, approximately sixty-five children talked with Santa with the youngest one being one month old. All in all, there were around 150 people in the park for this event.