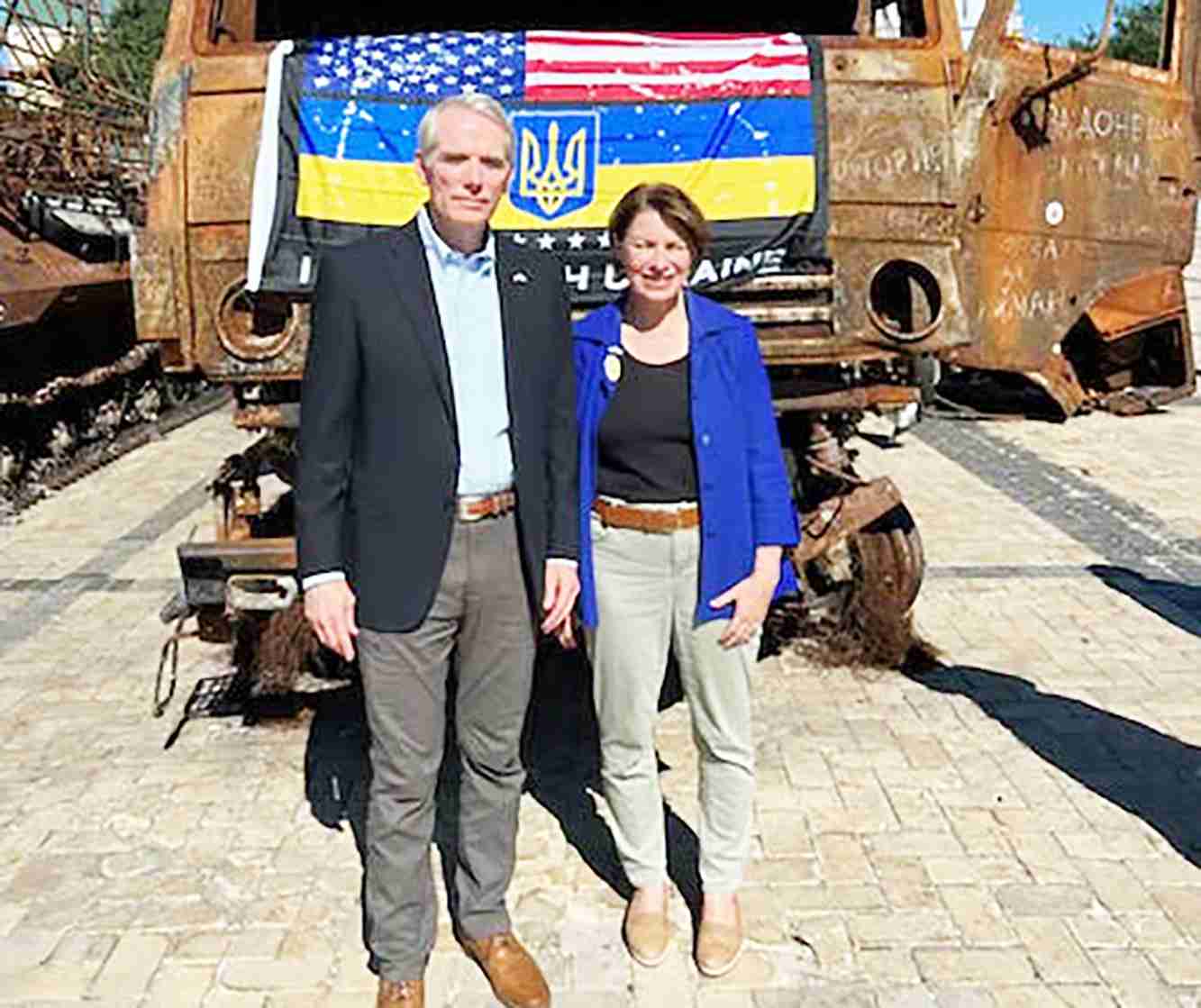 WASHINGTON, DC – Last week, U.S. Senators Rob Portman (R-OH), co-chair of the Senate Ukraine Caucus and member of the Senate Foreign Relations Committee, and Amy Klobuchar (D-MN) released the following statements as they concluded a trip to Ukraine where they met with senior Ukrainian leaders, including an hour-long meeting with President Volodymyr Zelenskyy and Defense Minister Oleksii Reznikov, to receive a firsthand account of Russia’s illegal, unprovoked and brutal war on Ukraine and to reaffirm the U.S. commitment to Ukraine, NATO, and other allies in the region.

The senators also visited Bucha and Irpin, the sites of horrific Russian atrocities earlier this spring. They also visited Hostomel Airport, where the Ukrainian people claimed an early and key victory against the Russian army.

The visit is Senator Portman’s eighth visit to Ukraine and the third one the two senators have taken to the region this year.

Senators Portman and Klobuchar visited Ukraine with a broader Senate delegation in January and in March they went to Poland and met with diplomatic leaders, aid workers, and refugees fleeing the fighting in Ukraine.

“The courage and bravery of the Ukraine people in the face of unjust Russian aggression is always encouraging from afar but even more inspiring to see it firsthand,” said Senator Portman.

“Our trip to Kyiv not only offered the opportunity to witness the steadfast resolve of the people but also the leadership of President Zelenskyy and his team.”

“Now more than ever the United States must stand with our ally Ukraine to send the message to Russia and the world that we will not stand by while sovereign countries are invaded. Ukraine deserves to be free and we will not stop until Russian troops are out of Ukraine.”

“In the face of Vladimir Putin’s unprovoked barbarism, we must continue to support the Ukrainian people in their fight for democracy. Senator Portman and I went to Ukraine and met with President Zelenskyy and Defense Minister Reznikov to discuss the status of the war and America’s ongoing economic, humanitarian, and military assistance.”

“One of the most pressing issues we discussed is the Russian capture of the Zaporizhzhia nuclear power plant. The International Atomic Energy Agency must be allowed to access the plant and Russia should agree to a demilitarized zone around it in order to prevent a catastrophe.”

“While in Ukraine we also went to Bucha and Irpin, as well as the Antonov Airport in Hostomel, the site where the Ukrainians pushed back Russian advances and ultimately saved Kyiv from Russian control.”

“I saw firsthand the carnage that was inflicted by the Russian army. In Poland, we met with American members of the 101st Airborne Division to get updates on our troops’ coordinated efforts with our NATO Allies.”

“It is clear – the Ukrainian people are committed to protecting their homeland. They will not be beaten down by Putin’s evil, and the U.S. and our allies must continue to support Ukraine as it stands up to Russia,” said Senator Klobuchar.