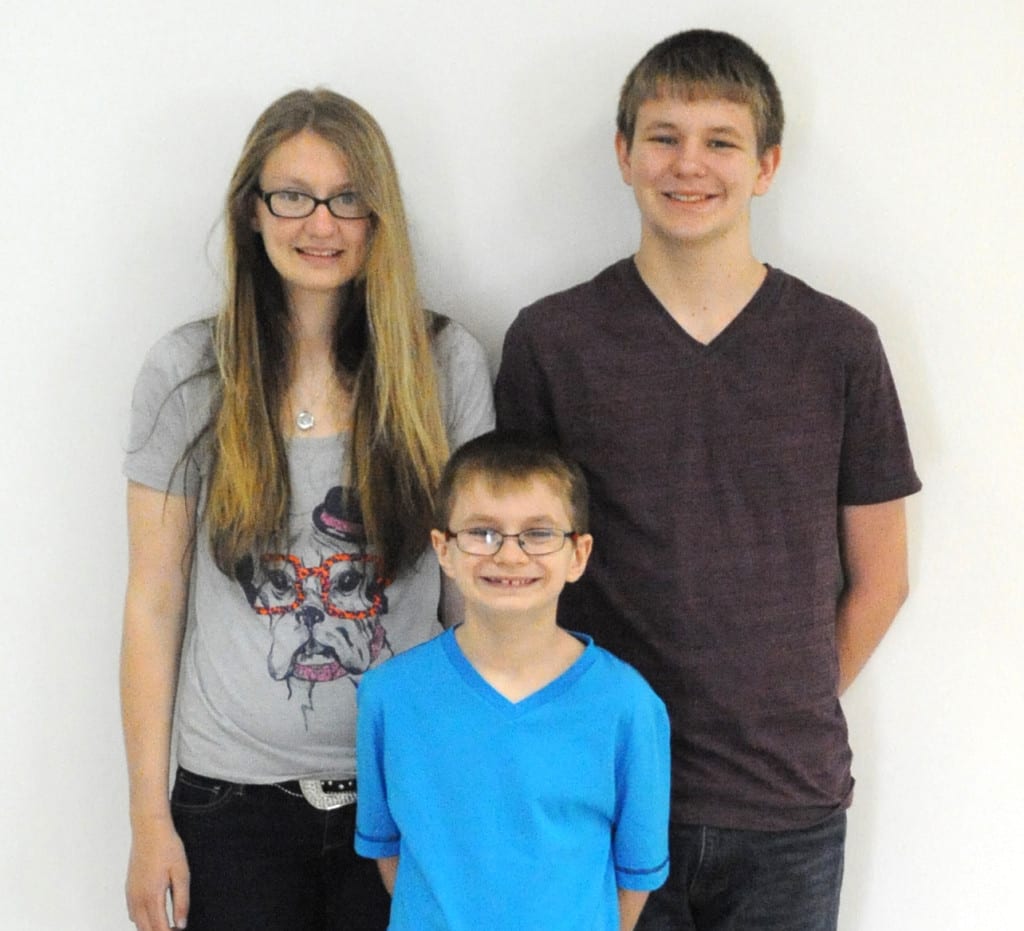 Mostly, people tend to just look out for themselves, paying little mind to the problems of others.

Yet, there are those who feel the need to help out those in need, even if they are strangers. Some people feel called to assist their fellow man, even if there is no payoff for doing so.

It was at Bowling Green State University that such a calling came upon Emma, Sean, and Dean Schidledecker. The event was labeled Camp Millionaire. During this camp, a challenge was issued to all present.

“They challenged us to try and ‘Pay It Forward.’” Remembered Emma.

The Schindledeckers took this message to heart, particularly Sean, as it was a sentiment that had been expressed to them before. Their grandparents, Keith and Marlene Eberle, of Defiance, have both preached and lived the philosophy of “Paying It Forward,” or helping those in need, without reason or reward. The three siblings took the challenge issued at Camp Millionaire as a way to honor their grandparents.

And it didn’t take long for them to find an issue they hoped to tackle.

“We personally know people who don’t have food.” Emma claimed.

Their plan was to provide a weekend meal for kids who are dependent on school lunches as a primary source of nutrition. The Schidledeckers then went to Stryker Principal Dave Schultz with their idea. From that meeting, the Panther Packs program was born.

Each of the three siblings already has a lot going on in their lives, in addition to the Panther Pack program. Emma, a sophomore at age sixteen, is involved in volleyball, softball, and archery. In junior high, thirteen year old seventh grader Sean is busy with basketball, baseball, archery, and karate. Even seven year old Dean, just a first grade student, takes part in coach pitch baseball and karate. Yet all three of them felt the idea of the Panther Pack program was important enough for them to find the time to make it a reality.

The Shindledecker kids have already organized multiple events in order to collect food for their Panther Pack program. They held a dance at the town’s fire hall, requiring a food donation to enter the building. Over one-hundred food items were collected thanks to the social event. There was also no cost to the Shindledecker family to put on the dance, as even disc jockey Rick Ramos, who provided the music for it, was fully supportive of the cause.

“Rick Ramos helped us by donating his time for the dance.” Sean proclaimed.

A trio of school donation competitions also provided the three young philanthropists with another method of collecting food for their plans. A contest among elementary students promised extra recess time to the class which brought in the most food. A similar competition was laid out before the junior high and high school students, with extra lunch time as their reward.

But it was the teachers who raised the most food for the program. The winner of the faculty contest was allowed to wear jeans to school for a week.

“That one actually brought in a lot of food.” Admitted Emma.

By the completion of these competitions, more than one-thousand articles of food had been gathered by the Shindledeckers.

Yet, through all of this, no one knew who was accumulating all of these sundries. That changed at a fundraising event organized by the school, a basketball game putting alumni and faculty up against the All-Stars of channel 13 ABC. Emma, Sean, and Dean set up a table in the school’s hallway during the game, publicly collecting food items for the Panther Packs.

“They let us set up a table, and we got some donations.” Confirmed Sean.

Of course, in order to do so, they had to shed the secrecy of what they were doing.

“We started off as an anonymous thing,” Sean explained, “and then revealed ourselves at the game.”

That decision would pay dividends, as the donations received at that game helped the Shindledeckers reach more than 1,500 food items for their program. That was enough to begin handing out Panther Packs.

For the time being, the program is only offered to elementary students at Stryker. That wasn’t the initial plan, according to Emma.

“We wanted to do the whole school.”

Given their current resources, however, it makes the most sense to start small, with intentions of working toward their larger goal as the program matures.

For the first week of the Panther Packs program, every elementary student in the school received a form, which was to be taken home to their parents. Said form could be used to order a Panther Pack for the coming weekend. The reasoning behind giving a form to everyone was that it would inform the parents that the program was available to their children.

Now, after the initial run, forms are set aside within the classrooms of each elementary teacher. Students are free to take them as they please, without fear of the rest of their class knowing that they are using the program. Only the Shindledeckers, the teachers, and the recipients of the packs are aware of who is requesting the meal.

The distribution of the Panther Packs is designed to keep things anonymous as well. During the lunch period on Fridays, Emma and Sean handle the procedure. There are meetings for the Fellowship of Christian Athletes (FCA), which both of the older siblings regularly attend.

“We miss a little bit in the beginning.” Emma confessed.

It’s during that brief period that the pair spring into action. They set off for the elementary hallways, Panther Packs in hand. The two drop off the packs in the appropriate lockers, assuring that the privacy of its owner remains intact. The bags don’t need to be returned until Wednesday of the following week.

As for how the eligibility of each applicant is decided, that task is actually quite simple.

There is no rejection process. No evaluations. No judgment. Any elementary student who wants a free meal for over the weekend need only ask.

The meals themselves are placed into the packs by Dean.

“I pack the bags, and pick the food that’s handed out to the children.”The seven year old boy stated with pride.

This program will continue to function at least as long as one of the Schindledeckers are enrolled in school. Actually, they hope to expand it to the high school level in the near future.

But what will happen once they have all graduated from Stryker?

“Hopefully the FCA will take it over.” Expressed Emma.

That’s a good many years down the road, though.

The Schindledeckers have been able to accomplish the creation of the Panther Pack program with the help of many people, including Principal Schultz, Stryker Superintendent Nate Johnson, Mr. Arnos, Kim Pepple, Todd Grosjean and Larry Freshour. Head Coach of the Panther Track team, Freshour will continue to assist the Panther Pack program on May 5, when the back of his truck will turn into a receptacle for donations during a track meet scheduled on that day.

Because it seems as though the people in Stryker mostly tend to look out for each other, rather than themselves.