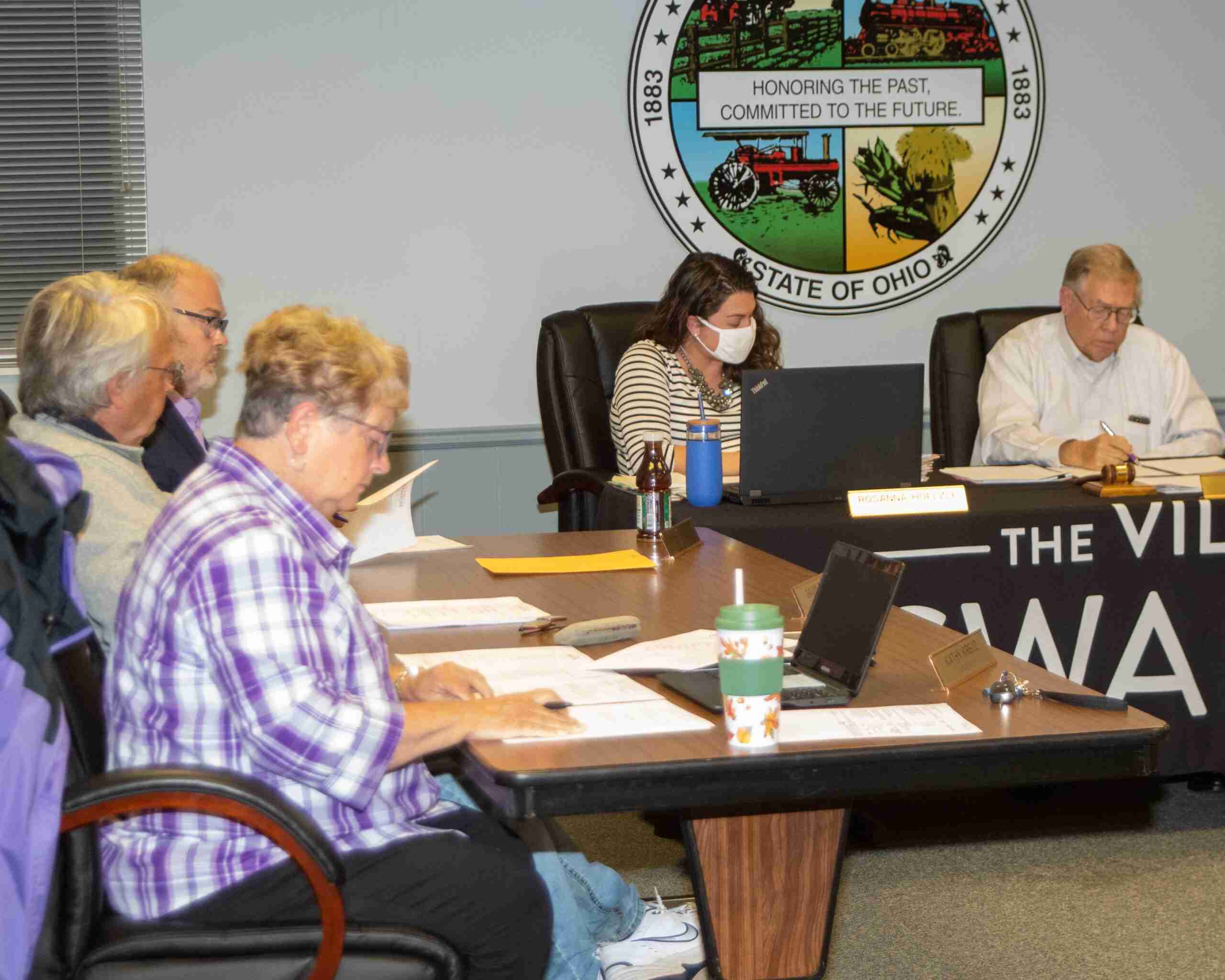 The Swanton Village Council held their meeting on Monday, October 25th. The meeting was called to order at 7:00 p.m. followed by a prayer and the Pledge of Allegiance. Roll call was then started with all council members in attendance.

Council first moved to amend the agenda with an addition regarding the approval for fire and rescue contracts with Fulton and Swan Creek Township.

Council then moved to committee reports with a discussion regarding public service going first. The first issue discussed was in regard to a berm and driveway repairs. The work has been completed and no further action is planned.

Next, a homeowner has requested the addition of a driveway on their property. It was decided to let them bring in the plans to see where it would go. Finally, a discussion took place regarding #ServeSwanton. It is a public service program that works to shovel snow, cut grass and more for those that cannot.

Next in committee reports, council heard a report regarding public safety. The Village Administrator will be reaching out to other communities and the Health Department to see what they do regarding food trucks and legislation.

Council was also informed that a discussion had taken place regarding the Munson traffic study. Next, council was informed about a grant for body cameras being available. The plan is to hopefully get six new body cameras for the police department.

Lastly, the fire advisory meeting update was discussed. It was stated that council will be voting on a new agreement during this meeting.

Moving on to old business, the following ordinances were approved. The Third Reading for an Ordinance authorizing the Village Administrator to enter into a fisheries agreement with the Ohio Department of Natural Resources.

A Second Reading for an Ordinance dedicating the unimproved portion of Hickory Street in the Village of Swanton, Fulton County, Ohio.

Council then moved on to new business. Council first heard an Emergency Resolution authorizing the submission and support of an application to the State of Ohio Office of Criminal Justice Services.

A motion was made to suspend the rules which passed followed by a motion to approve the resolution which also passed.

Council then moved to discuss a request for the 2022 Corn Festival to be held next year on August 12th and 13th. A motion was made to approve the request which passed.

Council member Kathy Kreuz then asked if it would be possible to go back and change the ordinance regarding compensation for the police department to an emergency ordinance. It was stated that since it was already approved, they could go back and approve it as an emergency.

A motion was made to suspend the rules which passed followed by a motion to approve the ordinance which also passed.

A motion was then made to suspend the rules which was approve followed by a motion to approve the new fire and rescue agreement with Fulton Township which also passed.

Next, a motion was made to suspend the rules which was approve followed by a motion to approve the new fire and rescue agreement with Swan Creek Township which also passed.

Council then moved to hear a report from the Village Administrator.Leaf pickup will start this week, but rain will most likely delay that. The tree commission did not meet in October. Brush pickup was also delayed due to rain and the chipper still being down.

An update on the Ohio Grant submission was then given. It says on their website that it should only take 45 days to hear back regarding the status of each application however that timeframe has passed.

Only 44 meters had to be read door to door out of 1,900. The village is still waiting to hear if small government funding for Crestwood will be available.

Applications have been received for sidewalk repair. Grant funding has been received for both parts of Hallett Road. Almost $900,000 will be received total from the grants. The welcome guide is complete, and the business guide is almost complete.

The mayor then commended Village Administrator Rosanna and wished for her good health and that of her upcoming baby. Council then moved to Executive session at 7:28 p.m. before later adjourning for the evening.