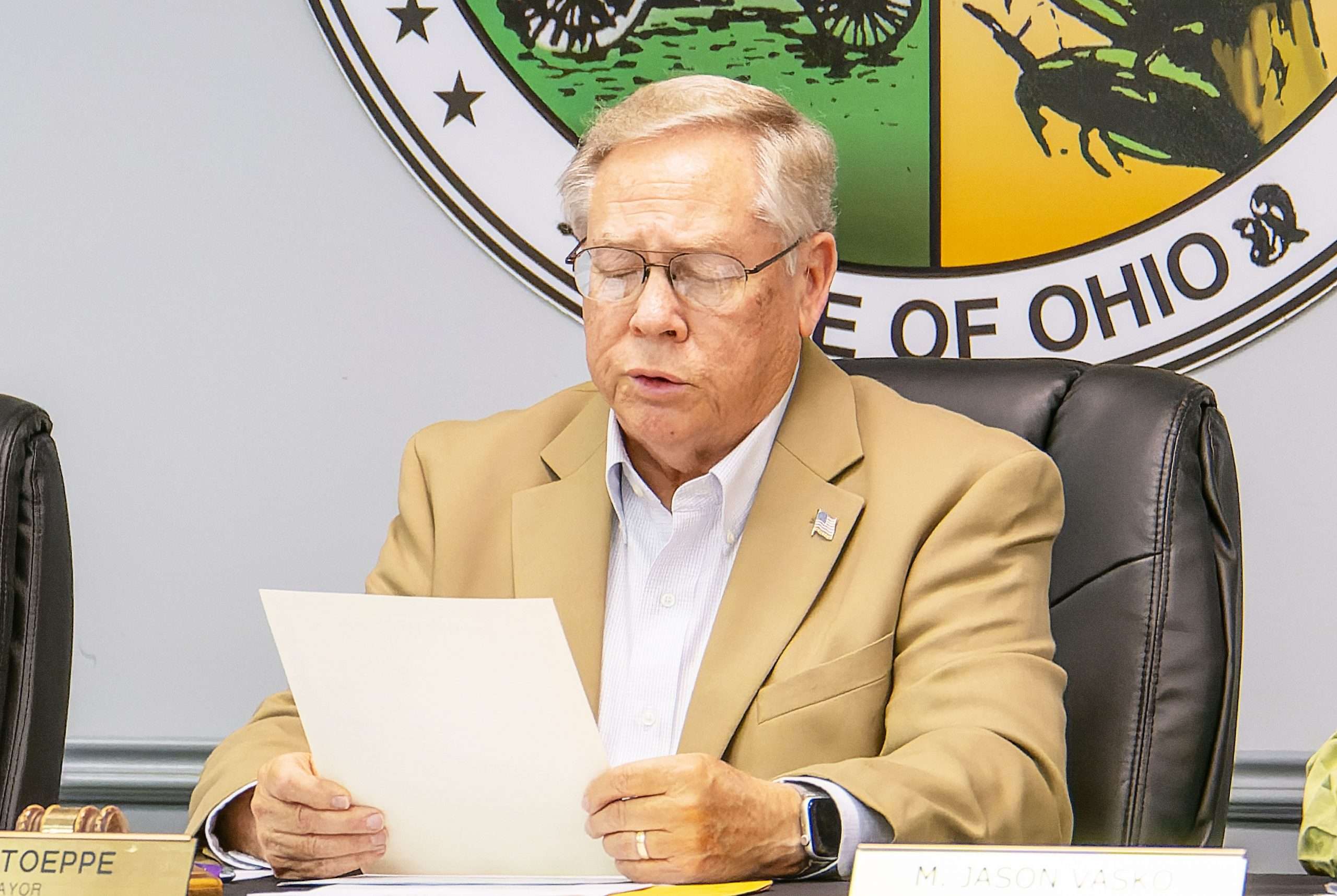 The Swanton Village Council held their meeting on Monday, September 26th. The meeting began at 7:16 p.m. with a prayer and the Pledge of Allegiance.

The mayor also read the meetings live streaming policy notice before also asking to amend the current agenda to include a public safety report.

The minutes for the previous meeting held on September 12th were then approved before moving on to read a proclamation for Red Ribbon Week.

The Proclamation reads, “I, Neil Toeppe Mayor of the Village of Swanton do hereby proclaim October 23-31, as Red Ribbon Week, and encourage citizens to participate in drug prevention education activities, not only during Red Ribbon Week, but all year long, making a visible statement that we are strongly committed to a drug-free village.”

The meeting then moved along to the public safety committee report. The proposed DORA was discussed in length previously by members of council and visitors at the committee meeting.

Also discussed was the possibility for a tree lighting and 5K that the village administrator will be working on.

The mayor then asked about options, going forward, in regard to the DORA. It was decided by council to pursue a public meeting on the issue and that any passing of the legislation would need to have three readings.

The mayor then proceeded to give his report, with the following items being discussed.

Regular meetings have continued the past few weeks and numerous visits have been made over at the fire department with firefighters and paramedics.

Numerous inquiries by residents and businesses have also been getting worked on.

The mayor attended the Guns and Hoses event for the fire and police departments and has also had meetings with seven other community leaders regarding their DORA’s.

In the administrators report, weekly meetings have been taking place with the solicitor and work has been getting done regarding a property lien.

There will be an amendment coming for the recent road changes and leadership development training has been ongoing at the fire department.

The administrator stated that she also attended the Guns and Hoses events and also informed council that new downtown banners had been ordered.

The fire department will be holding an open house on October 16th from 2 to 4 for fire prevention week.

The sales representative for the Memorial Park work was contacted. Everything is waiting on the installer, and if an update is not received within the next week they will be contacted again.

Finance Director Vasko then informed council that his second budget plan is out. It is being called version 0.6 and is not yet finished.

Council member Pilliod then discussed the option of putting money into short term bonds in order to help make money. Mr. Vasko will look into the idea.

With no further business to attend to, the meeting was adjourned at 7:40 p.m.