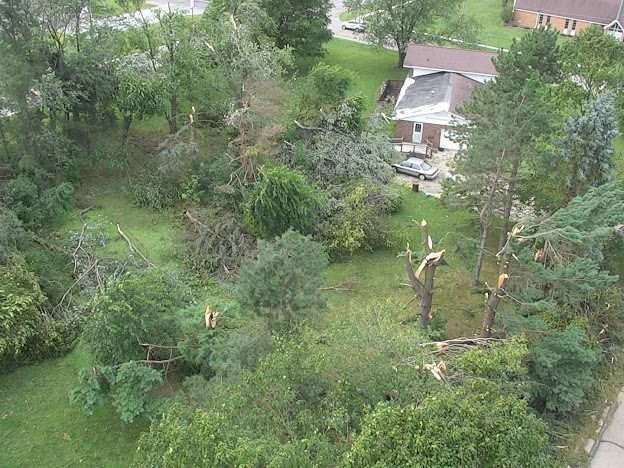 CYNTHIA DRIVE … Houses located on Cynthia Drive were damaged by the EF1 tornado that touched down in Fayette. Some homes received damage with trees receiving the brunt of it all.

The National Weather Service in Northern Indiana has confirmed that an EF1 tornado touched down in Fayette on August 11th. The tornado moved through the southern part of Fayette near Cynthia Drive.

Wind speeds are estimated to have been around 90 MPH at its peak. The length of the tornado’s path is currently at 0.22 miles long and is 70 yards wide.

According to an official with the National Weather Service as well as the Weather Service website, most of the damage surveyed was consistent with that of an EF0 tornado.

There was however damage that took place, mostly to trees, that is more consistent with that of an EF1 tornado which is why it was given that designation.

The Weather Service is still narrowing down the exact path that the tornado took and are also continuing with their research into the survey data that was conducted.

The information that was released by the Weather Service is subject to change as new information comes out.

At this time, the designation of EF1 will not go lower according to a Weather Service official but other information may change if it needs to.

The Fulton County EMA and Fulton County Sheriff’s Department worked with the NWS to send up a drone to survey the damage and pictures from the drone were provided to The Village Reporter from the National Weather Service. 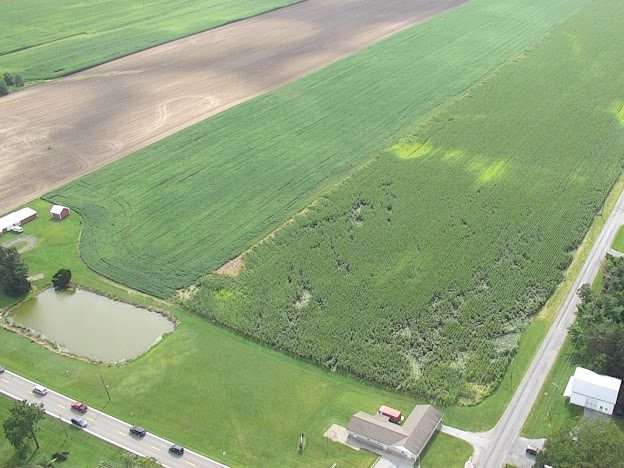 START OF THE PATH … A corn field to the West of Cynthia Drive shows signs from the tornado starting its damage path.