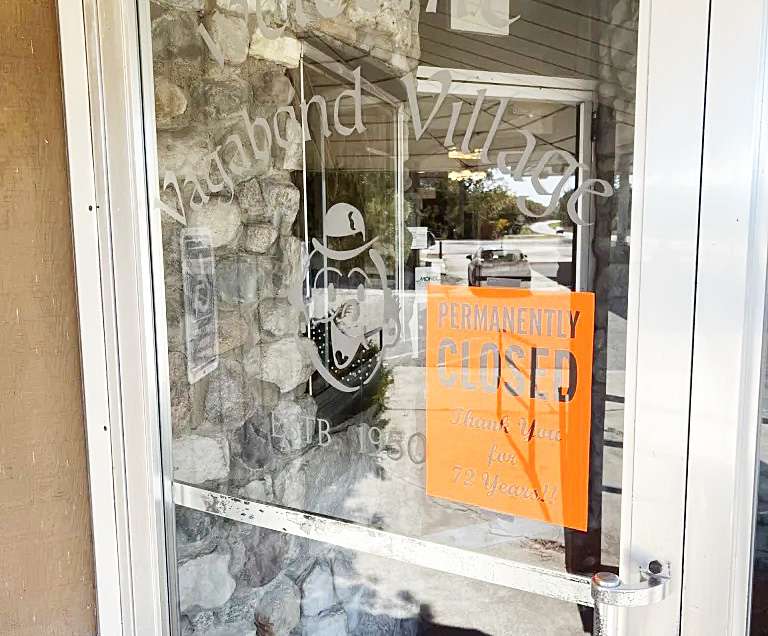 CLOSED… A sign hangs on the door at the Vagabond Village in Cecil. After 72 year, the property is closed.

After 72 years of service in Cecil, The Vagabond Village has reached the end of operation. Officially closing at 3:00 p.m. on October 9th and was busy with those coming to order food one last time and say goodbye.

Started by Irwin and Margaret Rush in the 1950’s. The building was a popular truck stop along the old Route 24. Later when the new Route 24 was built, traffic took another way.