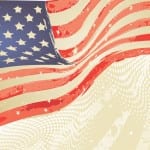 Walter Emile Cameron,  91 of Montpelier and formerly of Redford, Michigan passed away early Monday morning February 11th at Evergreen Manor Nursing Home in Montpelier. He was born October 30, 1921 at Smooth Rock Falls, Ontario Canada to Ralph and Gertrude (Gagna) Cameron.  Walter graduated from Montpelier High School and while living in Montpelier was raised by  Ellsworth and Vera (Throne) Brubaker. He served in the U.S. Army during World War II. After returning to Montpelier, he worked for the Wabash/Norfolk and Western Railroad as a switchman retiring after 40 years of work.

On May 30, 1975 Walter married Lucia Rosamino  in Montpelier and she survives. Walter was a member of St. Paul’s United Methodist Church, the Montpelier Moose and a member of the Union Brotherhood of Locomotive Engineers and Firemen.

Walter and Lucia enjoyed going to horse races and together they raised and trained bird dogs for people all over the world.

A memorial service for Walter will be held  Sunday February 17th at Evergreen Manor Nursing Home at 1:00 P.M. with Pastor John Rumple to officiate. Memorials in Walter’s name can be made to St. Paul’s United Methodist Church.  Thompson Funeral Home is in charge of arrangements and condolences may be made online at thethompsonfuneralhome.com