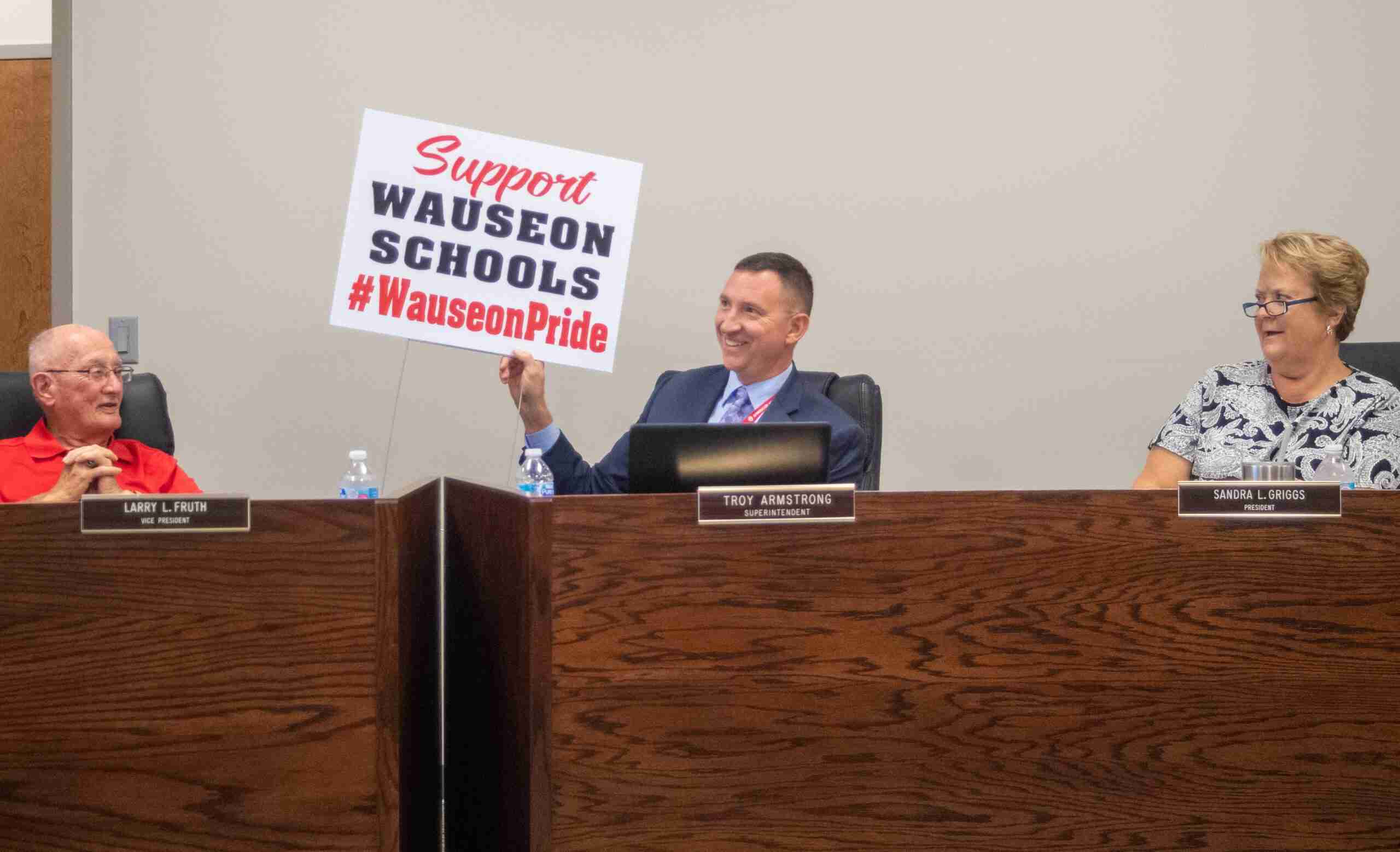 The Wauseon School Board held their meeting on Monday, October 11th. The meeting was called to order at 5:33 p.m. followed by roll call and the Pledge of Allegiance. The board then moved to approve the agenda with additions being made.

Some of the information during the presentation showed that the buses have a total of 1,000,000 miles on them and that over 30,000 gallons of diesel are purchased each year.

It was also shown that there are a total of 20 buses with 14 full-time drivers and on average, 600 or more extracurricular trips are taken with buses each year.

Currently the buses are still sanitized twice each day, over 100 masks are still provided to students daily on buses, and buses are checked to make sure that students are no longer in them before the driver gets off. Mrs. Shehorn also thanked the board for their support.

Discussions then followed after the presentation with questions being asked about different points that were given. Mrs. Shehorn advised the board that it costs around $2,500 to get a new bus driver through training.

The topic of the upcoming levy was also discussed with it being stated that transportation will be changing if it fails.

Transportation for the school district will be brought down to a minimum. No transportation will be provided to students unless they live two miles away from their school building.

Transportation for high school students would also no longer be provided. Exceptions to this would be for Four County students and those with special needs. Those reductions would take place during the 2022-2023 school year. Up to 25 staff member positions would also be cut as would all supplemental contracts. Those contracts would include all sports, activities and clubs.

The levy was also discussed more with the Superintendent stating that mailers have been sent out. There are also going to be ads in the local newspapers and radios.

Yard signs and t-shirts have also been made through donations. Mr. Armstrong also pointed out that the levy is only based on earned income and not on retirement.

The board then moved to hear the treasurers report. Treasurer Fleming asked the board to make a motion to approve the bills and financial report as presented. A motion was then made which passed.

A motion was also then made to approve all pending donations which was also approved. Finally, another motion was made and approved for the then and now certificates.

The board then moved on to the Superintendents report.A motion was made and approved to pass the personnel report given, that included numerous contracts and resignations.

A discussion then took place regarding a motion to declare gasoline powered bus number 30 as surplus and sell it at auction. Money received from the sale of the bus will be put toward the purchase of a new diesel-powered bus. A motion was made to approve the sale which passed.

Next, a motion was made and approved for an overnight trip for the Wauseon High School FFA to travel to Indianapolis, Indiana to the National FFA convention and Expo from October 27th through October 29th. The board then moved to adjourn at 6:09 p.m.