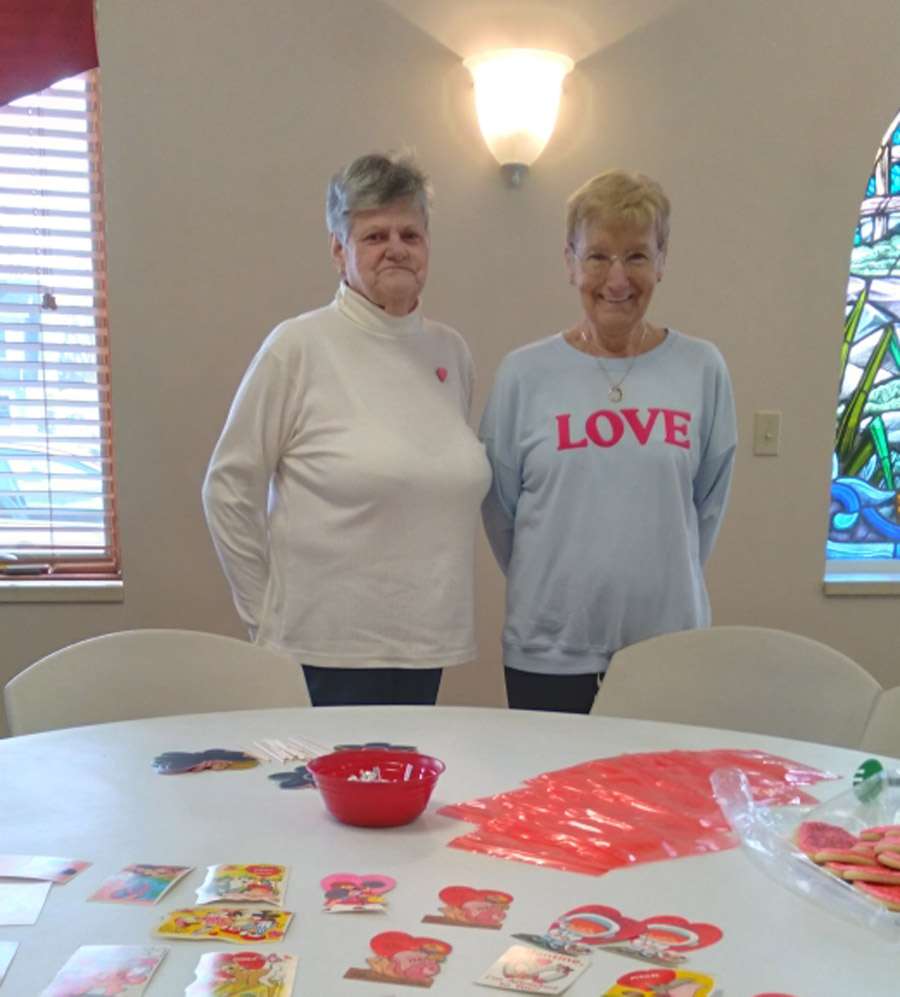 Program committee member, Cheryl Boldman, gave a history lesson on how Valentine’s Day came about. It finds its roots in 3rd century Rome and Victorian England.

A priest named Saint Valentine was imprisoned for helping Christian couples in getting married. While in prison he took care of the jailor’s blind daughter and wrote her a card which said “from your Valentine” before he was executed on February 14th.

In the 5th century, a Pope did away with the pagan rituals and St. Valentine’s Day became more romantic. Popular poets such as Geoffrey Chaucer and William Shakespeare began to popularize this day by writing sweet things about love and passion.

Self-made cards were exchanged as a token of love and appreciation. Then by the 19th century, the industrial revolution made it possible to produce a number of cards to celebrate the occasion along with gifts and flowers to express love which everyone needs and deserves.

Love is patient and kind. Love is not jealous, boastful, proud or rude. Love leads to kindness. Faith, Hope and Love and the greatest of these is Love. A few very old and ornate cards were passed around dating back over 100 years ago.

Cheryl also provided frosted heart shaped cut out sugar cookies and chocolate kisses along with small (kids exchange style) valentine cards and flower and butterfly cards to write messages of love and caring to share with others.

Club president Linda Sumner opened the meeting with The Pledge of Allegiance and the Club Collect.

Roll call was “How I Met My Husband” with 10 members present. The secretary’s report and the treasurers report were both read and approved.

Ruth Grimm read a thank you message from Phyllis Page and a card was read by Linda Sumner from the Knisely family for the flowers sent by the Omnibus Club for Onalee’s funeral.

Jane Short made a motion to donate money to the Hilltop High School Drama Club and Barb Green 2nd the motion.

Jackie Creek made a motion to donate to the Williams County Humane Society and Cheryl Boldman 2nd that motion.

Club members discussed changing one of our future meetings so that we can have the program called “Murders of Williams County” that was previously canceled due to a scheduling conflict. Update will follow.

Mary McCrea made a motion to adjourn the meeting and it was 2nd by Pat Maneval.

The next meeting is scheduled for March 14th.