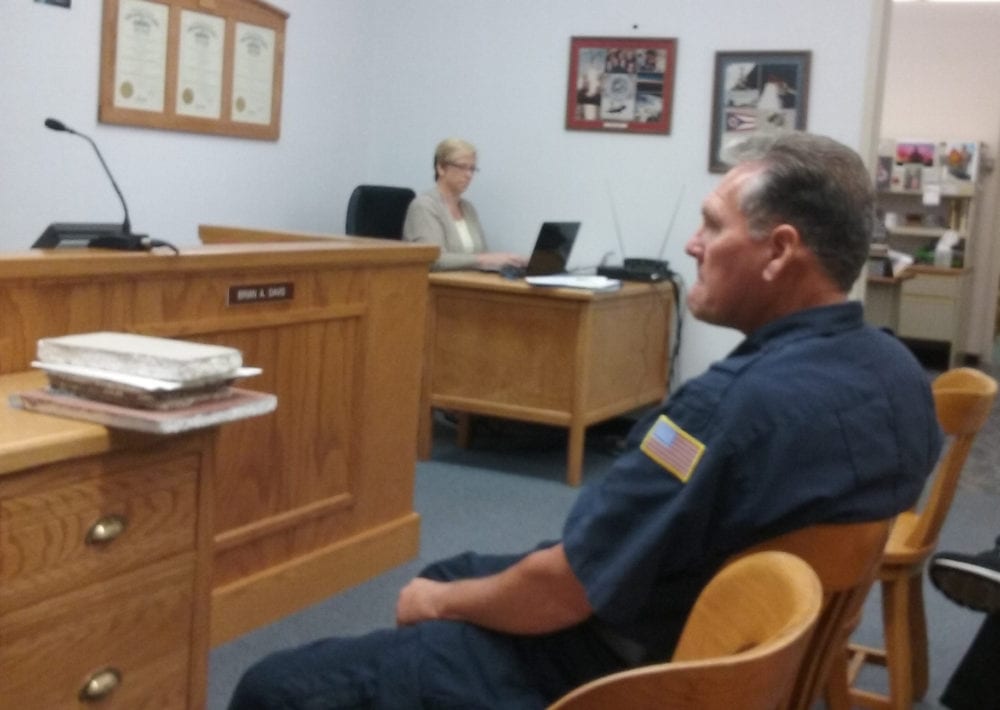 Work is progressing on the EMS Building’s renovation.

Director Jim Hicks appeared before the board to provide an update. The concrete floor has been poured for the new bays and the south door is about to be removed.

When completed, the building will have doors to the bays on the north side to reduce heating costs. The current southern door will be remove and walled in to create room for classrooms and supplies.

Hicks brought in texture samples for the southern wall exterior. The building will have a sandblasted look with large letters spelling out the service.

While Hicks offered to let the commissioners select the colors, Board President Brian Davis left it in Hicks’ hands.

Income has been good so far this year, Hicks said. As a result, he will have to revisit the projections.

“We have been swamped with runs,” Hicks said. “Our run numbers are up.”

The increase in runs is also being shadowed by collecting more money this year from more patients, Hicks said. That could have something to do with the coverage from Obamacare, he said.

The agency will need a new ambulance next year, Hicks said. The newest unit will be two years old next month, he said.

The program trains law-abiding Ohio residents, age 21 and older to be a guardian of a person deemed incompetent and in long-term care. Local attorneys used to fill the role can no longer meet the demands.

The guardian makes sure the person or “ward” is receiving the treatment and care they require and that their wishes are being carried out.

Maggie Fisher, Department on Aging director, updated the council on the new MOU. The update will not increase costs.

Some concerns include the possibility of volunteers outliving their wards. There are eight wards now, with one under the age of 60.

Additional recruiting will be done in the fall, Fisher said.

JFS
The problem of opiates is having an impact on the Williams County Jobs and Family Services office.

The department has had 96 drug-related investigations out of 274 total since July 2015, Director Fred Lord said. Of 37 foster care cases, about 20 involve drugs, he said.

“This is only going to get worse before it gets better,” Lord said.

Costs are expected to rise as JFS has to use other agencies to give the fosters kids under its care the help they need.

Another problem is the recovery cycle for a parent is about three years, but the agency has about 12 months with a child.

“We can’t wait for (the parent) to get better,” Lord said. “We need to look for permanency.”

The matter could impact agency funding.

Right now law enforcement is getting the funding and JFS is not, Lord said, and more cases are likely to come his way.