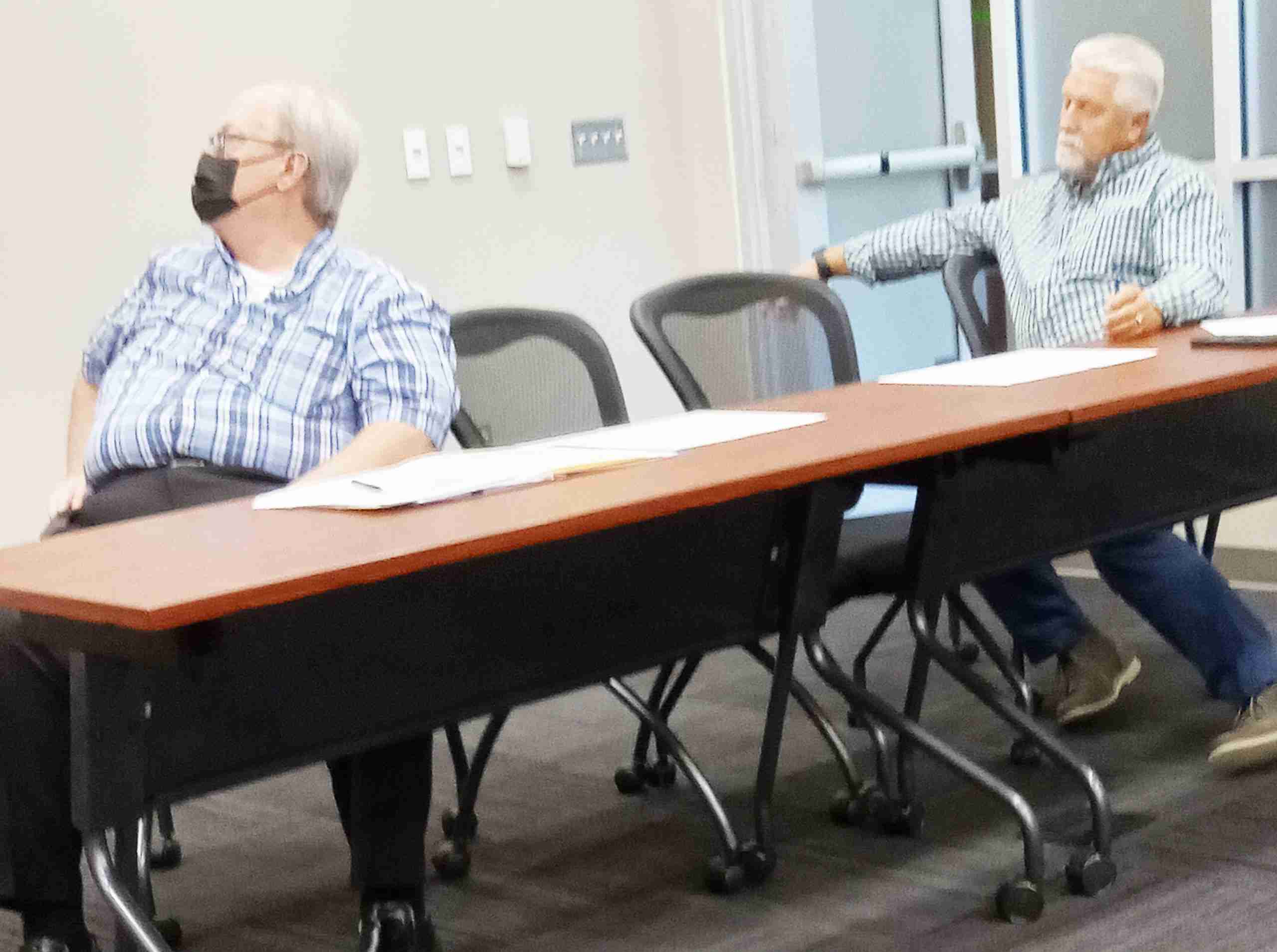 ACCOUNT ESTABLISHED … Williams County Port Authority board members John Drinnon (left) and Bart Westfall (right) get ready to vote on getting an account with Farmers and Merchants. (PHOTO BY DANIEL COOLEY, STAFF)

First, the four board members approved the meeting minutes from the special meeting from August 18th.

Currently, there are three who are interested, but the board discussed that they need to find a way to get more than that.

Members of the board also felt that they needed to find small contractors who have ties to the Williams County communities. It was also decided that it couldn’t hurt to talk to real estate people who might have some contacts and ideas for them.

It was also discussed that in getting ready to find possible houses and find contractors to build them and in some cases remodel them.

Also, they need to set up from the beginning and get a balanced budget to spend money.

This last step is now in place because the board members approved chart of accounts with Farmers and Merchants. The chart of accounts involves 16 areas including checking, accounts payable, line of credit and bank loans.

Fitzcharles reported that one possible contact for housing is Karen Bowers of New Home Development. The company is in Bryan and currently is involved with housing in Toledo and Defiance.

Fitzcharles said that Bowers would like to meet with the Williams County Port Authority.

Of the current property that the Port Authority has in Montpelier, there will be a public hearing regarding the zoning of the house on September 12th.

Fitzcharles stated that they need a real estate type sign to put up, advertising the coming soon home in Montpelier, a ranch style house with an attached garage.

The Port Authority has some contacts that they will look at regarding developing a sign for them.

Also, the Port Authority is working on getting information from other communities in Williams County on finding homes.

The Williams County Port Authority then voted to adjourn the meeting. The next scheduled meeting will be on September 28th at 5:30 p.m.