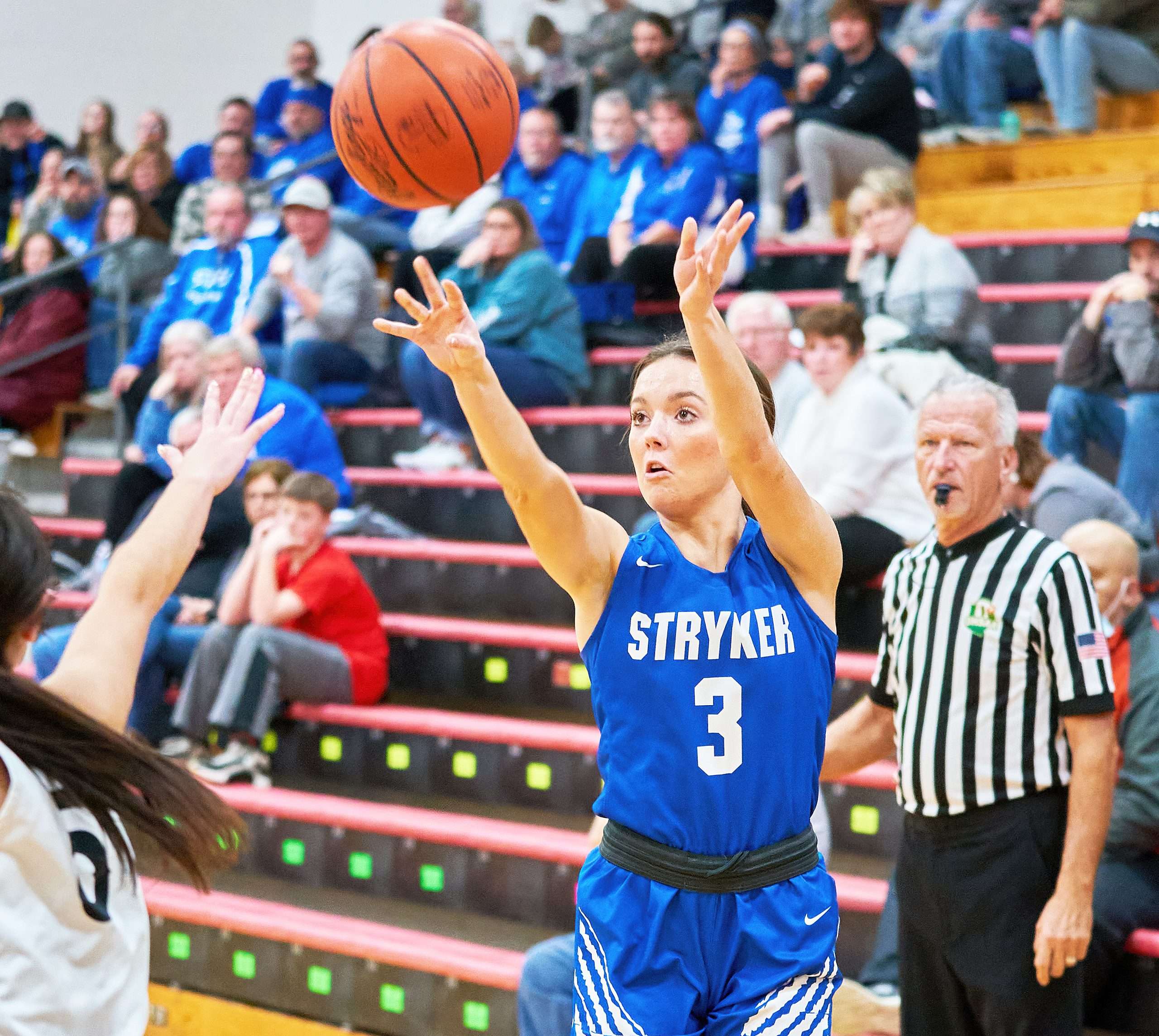 RETURNING BBC POY … Stryker senior Sage Woolace lines up a triple in a game last season at North Central. Woolace, who was the Player of the Year in the BBC last year, leads a group of five returning letterwinners for the Panthers. (PHOTO BY RICH HARDING, STAFF)

The BBC appears to be wide open entering the season with three-time league champion Montpelier looking to replace 85% of their scoring last season.

The Stryker Panthers figure to be in the mix as they welcome back five letterwinners, including last year’s BBC Player of the Year in Sage Woolace (17.4 ppg, 4.5 rpg).