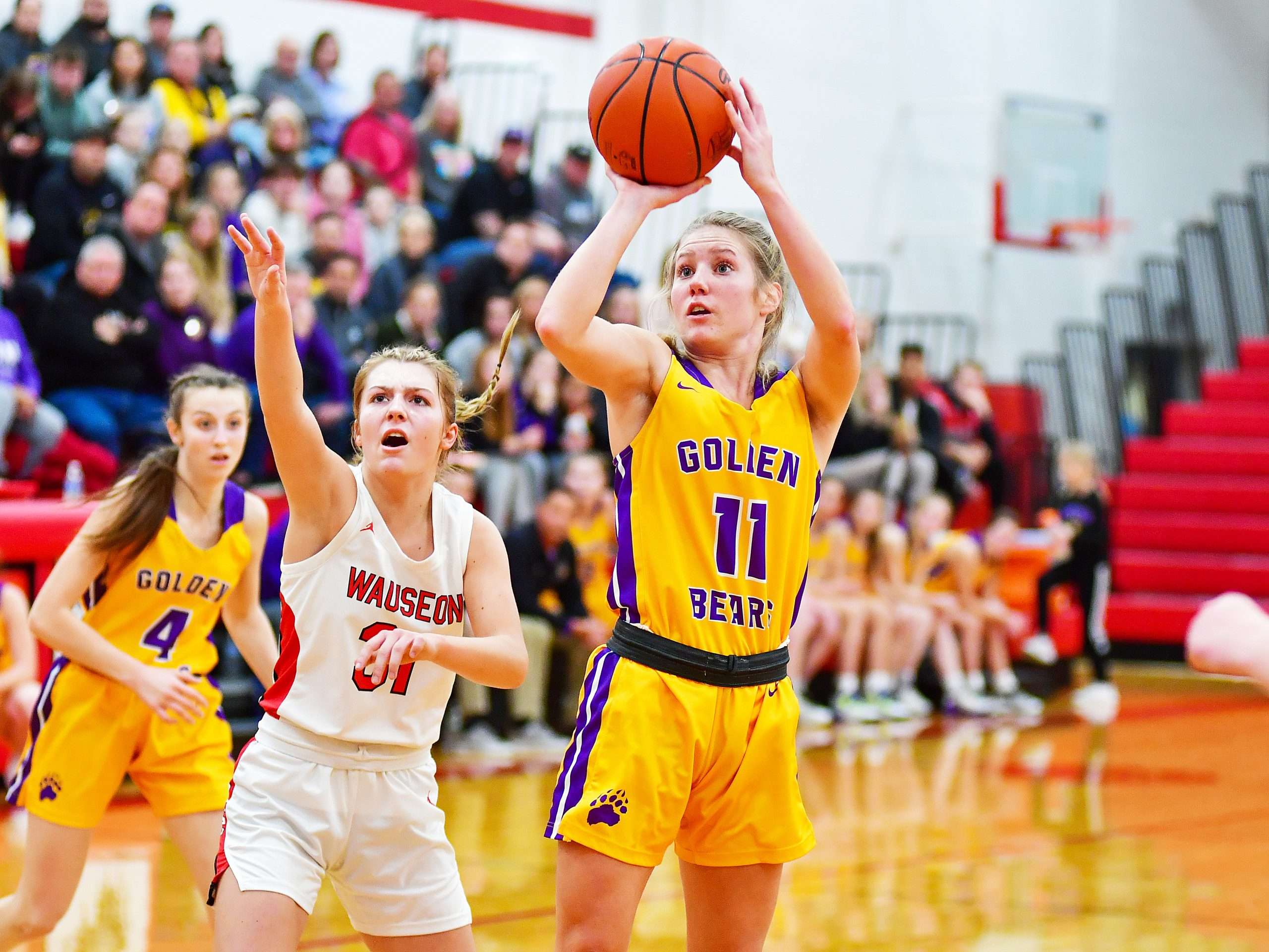 DEFENDING LEAGUE CHAMPIONS … Bryan’s Reese Grothaus takes a jumper in the lane at Wauseon. Grothaus is one of six returning letterwinners for the Golden Bears, who are considered the frontrunners in the NWOAL this year. (PHOTO BY JACOB KESSLER, STAFF)

Despite losing six players from last year’s league championship team, the Bryan Golden Bears are looked at as the team to beat in the NWOAL.

Reese Grothaus (11.7 ppg, 4.0 rpg last year) is among six returning letterwinners for Bryan along with Anna Gray, a transfer from Tinora who was 2nd team GMC last season.