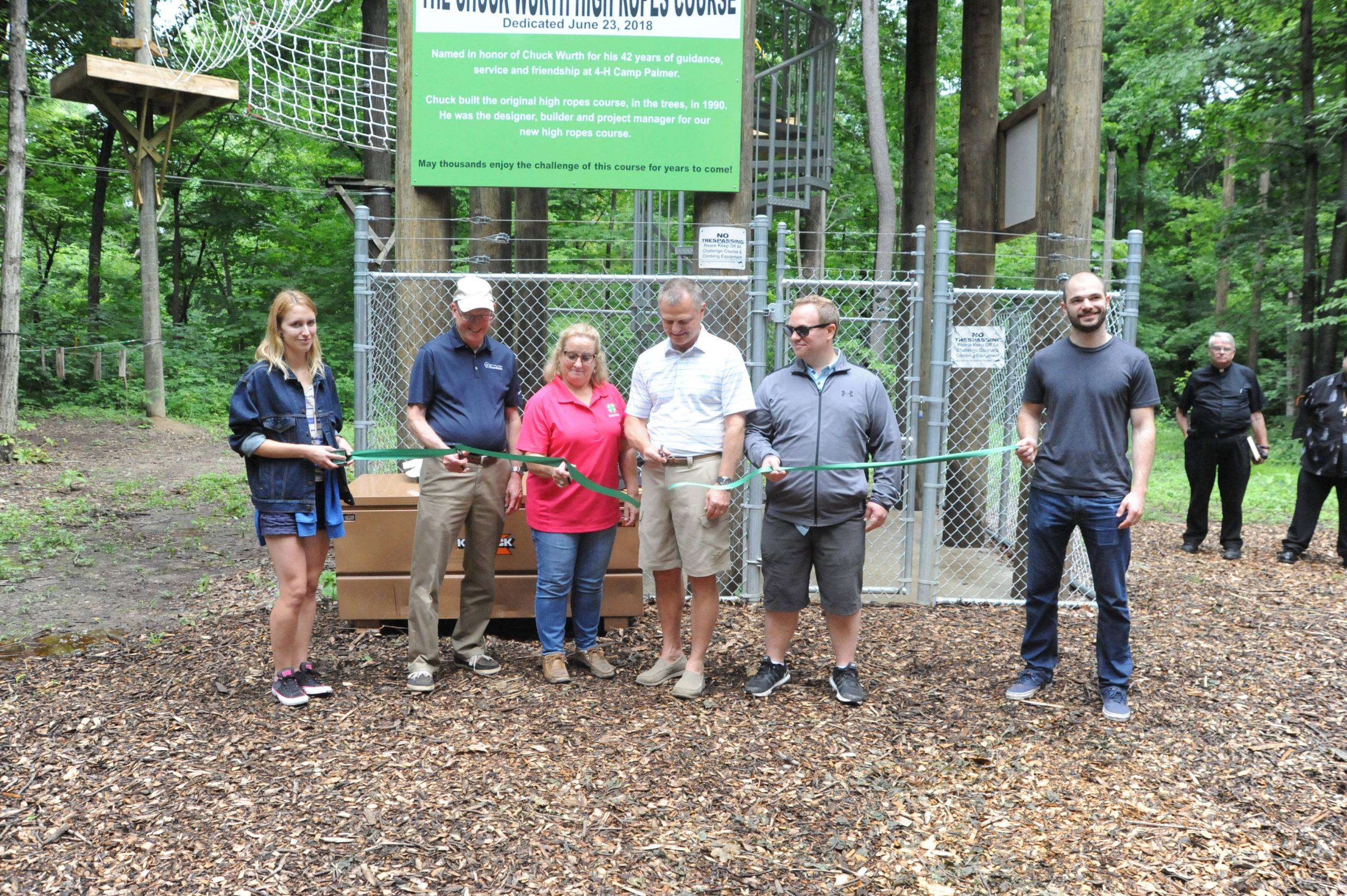 “This ropes course is state of the art,” said Bill Goodson, Executive Director of 4-H Camp Palmer at the dedication ceremony of the new Chuck Wurth High Ropes course on June 23. Wurth, whose name is synonymous with Camp Palmer, was fatally injured last winter.

Goodson continued, “It has a central tower; it has a spiral staircase. It was a dream; a vision of Chuck Wurth’s for many years. Construction began in the winter of 2017, and Chuck worked very hard on this project. Chuck was a leader. As you can see he was both a designer, builder and project manager for this course, which is incredible.”

Prior to the official ribbon cutting, the sign affixed to the tower was read aloud…”This course is the Chuck Wurth High Ropes Course dedicated today, June 23. Named in honor of Chuck worth for his 42 years of guidance, service and friendship at 4-H Camp Palmer.

Chuck built the original high ropes course in the trees in 1990. He was the designer, builder and project manager for this new high ropes course. May thousands enjoy the challenge of this course for years to come.”

Tim may be reached at tim@thevillagereporter.com