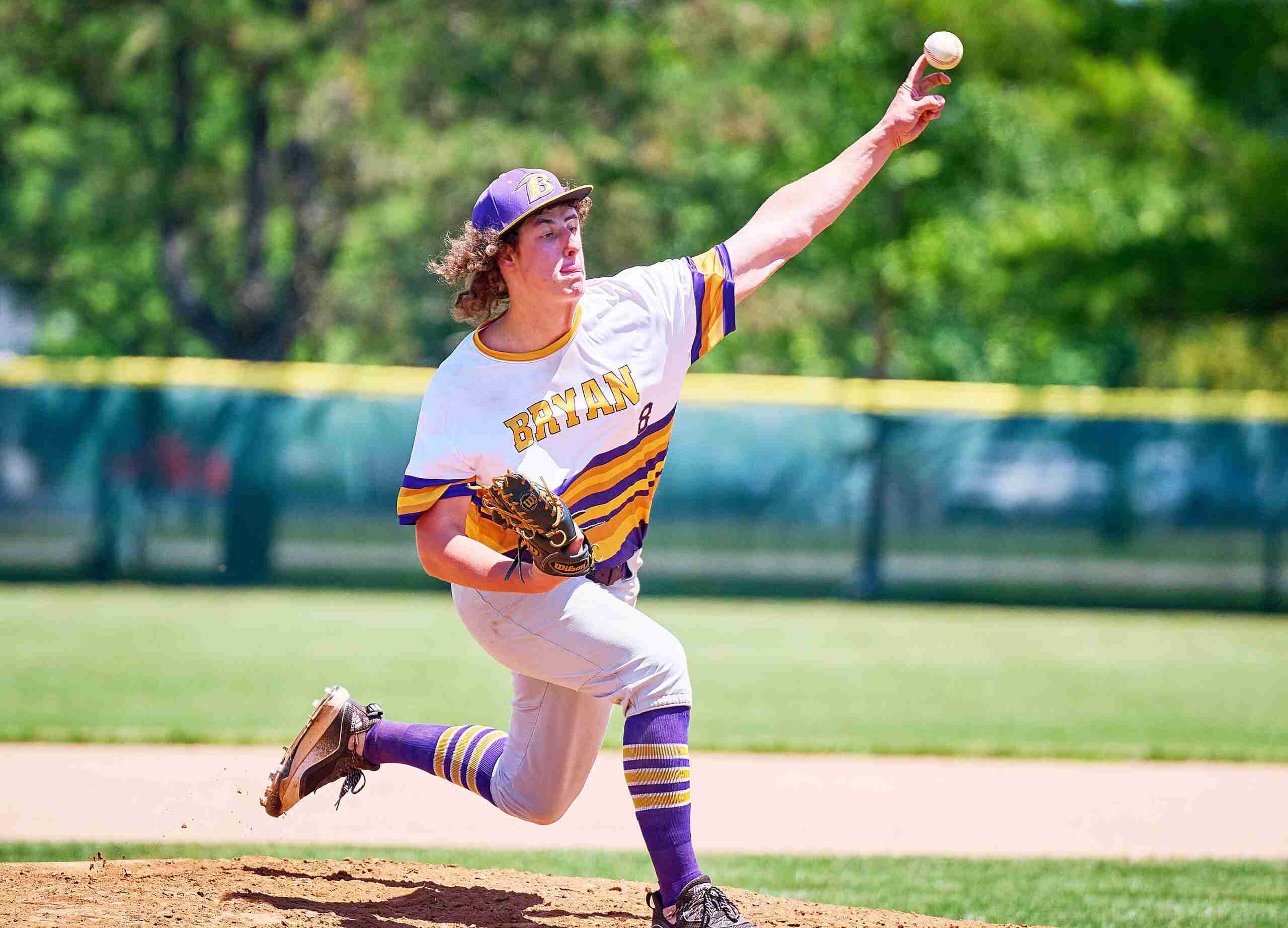 FIGHTING OFF ELIMINATION … Bryan’s Colbrin Miley fires a pitch in Saturday afternoon’s game versus Fairview. Miley pitched 6 1/3 inning to get the win on the mound for the Golden Bears. (PHOTO BY RICH HARDING, STAFF)

BRYAN – Bryan took a 3-0 lead after three innings and were able to fend off a Fairview rally to get a 4-2 win and advance to the district final.

Taysen Deckrosh smacked a two-run double in the third to give Bryan the lead before an RBI double by Noah Huard in the third extended the lead to 3-0.

The Apaches scored twice in the top of the sixth to narrow the Bryan advantage, but the Bears would get an insurance run in their half of the inning on an RBI single from Lazarus Lane.

Jase Kepler also had a two-hit game for Bryan as Colbrin Miley earned the win on the mound.