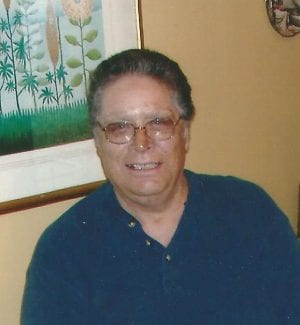 Albert Eugene “Gene” Black, 78 years, of Bryan, started his journey early Sunday, October 2, 2016 in his home with his family by his side. Gene was born January 28, 1938 in Claremore, Oklahoma, son of the late Albert and Myrtle (Falleaf) Black. Gene was raised as a child in Copan, Oklahoma. He was a 1956 graduate of Haskell Institute in Lawrence, Kansas, where he played on the State Runner-up basketball team. Gene served in the United States Army during the Vietnam Era. He married Ruth A. Kitson on July 15, 1956 in Topeka, Kansas, and she survives.

Gene worked as a pipeline welder and superintendent for Maajic, the former Brust Pipeline and Swetnam, for 50 years, until his retirement in 1992 due to a disability. He was a lifetime member of the Bryan Eagles Aerie 2233 and Oklahoma Chapter for Haskell. In his free time, Gene enjoyed fishing, hunting, and participating in cultural Native American Heritage events. Gene was an avid sports fan, following the Michigan Wolverines, Oklahoma Sooners and the Green Bay Packers.  He treasured the time he spent with his family, especially his grandchildren.

Visitation for Albert “Gene” Black will be held Friday, October 7, 2016 from 3:00 – 7:00 p.m. in the Oberlin-Turnbull Funeral Home, Lynn Street Chapel, 206 North Lynn Street, Bryan where Memorial Services will follow at 7:00 p.m. with Father Jim Halleron officiating.  Interment will be made at a later date in Oklahoma.