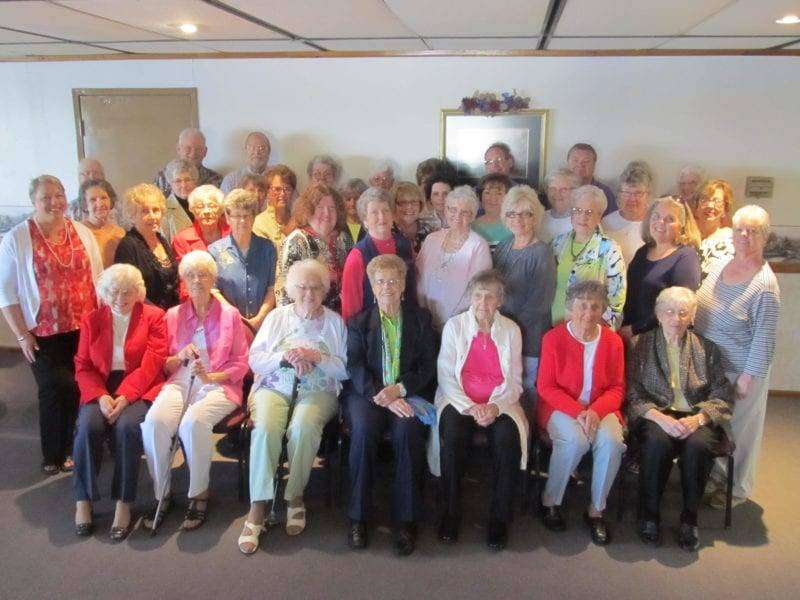 Angola, Ind. – For Cameron Memorial Community Hospital, 2015 has been a whirlwind with opening a new facility and adjusting processes to the new layout. On December 9, the hospital celebrated its first anniversary in the new building, and it has been a fruitful year. But, with the move to the new facility, the auxiliary program was presented with a challenge.

Booher set a goal to recruit ten new auxiliary members in 2015 to help ease the staffing concerns, but he well exceeded that goal. “As of December 2015, we have recruited 24 new members to help,” said Booher.

The auxiliary is a dedicated group of volunteers that have served the hospital since the late 1970s. Since its infancy, the purpose of the auxiliary program has been to support the hospital through time and donated funds. “We have such a wonderful group of volunteers here at the hospital,” said Connie McCahill, Cameron’s CEO. “They volunteer not necessarily because they have the time, but rather because they have the heart. Every day in our hospital, our auxiliary members share their heart with others and make a difference in the lives of everyone around them. We cannot express how much we appreciate their kindness and willingness to serve.”

The auxiliary assist in staffing the hospital in many capacities, says Booher. “We have individuals that are working at the outpatient desk, the surgical hostess desk, the gift shop, the Cancer Care Center, Urgent Care and in various departments throughout the hospital. We have a very dedicated group of 70 members that have donated their time and money, and I cannot thank them enough for all the energy they put into the hospital.” The auxiliary is looking for individuals that would be willing to work weekends and nights in the gift shop. If you would like to volunteer your time, please contact Michael Booher at 260-667-5338.