On September 23, 2022, Archbold High School began their Homecoming Court Ceremony before the football game against Delta.

He has 2 older brothers, Kenny and Anthony, and 2 younger siblings, brother Jaxson and little sister Lexie.

At AHS, Bradley is involved in basketball, baseball and soccer. Bradley’s favorite memory of school is pranking his 8th grade teachers on April Fools Day with Brynn Hurst. Bradley plans to attend college after high school.

The Freshman Attendant was Evynn Clair Roth. Evy is the daughter of Brad and Aimee Roth.

She has a brother, Avery. Evy is involved in volleyball, basketball, softball and church youth group.

Evynn’s favorite school memory is the 8th grade trip to Washington DC with her class.

Most people don’t know that Evy is a twin, and that she loves animals, watching movies and hanging out with her friends.

After high school, Evynn would like to attend college to study orthodontics.

The 2022 Sophomore Escort was Madden J. Valentine. He is the son of Jason and Melissa Valentine.

Madden has 3 younger siblings: Griffen and twins, Javery and Gentry. Madden is involved in baseball, basketball, soccer, FCA and church youth group. His favorite school memory is coming back and beating Wauseon 4-3 in soccer this year.

People may not know that Madden loves to wakeboard and sky ski. After high school, he plans to attend college and become a veterinarian.

Julisa Faith Nafziger was this year’s Sophomore Attendant. Julisa is the daughter of Steve and Laura Nafziger.

Her favorite high school memory is when she played the part of Chip in last year’s musical, “Beauty and the Beast.”

Something most people don’t know about Julisa is that her parents named her after a little girl from Ecuador whom they met while they were there as missionaries for 2 years. Julisa is honored to be escorted by her cousin Madden.

AHS’s Junior Escort was Cahle Jordan Roth. He is the son of Brian and Lynne Roth. He has an older brother, Kreighton.

Most people don’t know that Cahle once met Terry Francona in the Cleveland Indians locker room.

After high school Cahle plans to attend college and hopefully play golf while there. Cahle says being on the homecoming court has been a fun experience.

Junior Attendant, Ella Claire Throne was next. Ella is the daughter of Ryan and Jen Throne and she is the big sister to Meg, Henry, and Sylvie.

Most people don’t know that Ella is allergic to lobster and if she eats it, her face swells up like a balloon!

After high school Ella would like to attend college majoring in psychology. Ella feels honored that her class selected her to be on the court and wants to thank everyone for giving her the chance to represent her class.

Archbold High School’s Senior Escort was Braylen Lyle Gore. He is the son of Dexter Sierra and Hiedi Henson.

He has 2 siblings: Kierra and Taris. Braylen is on the soccer team here at AHS and his favorite high school memory is playing Jeopardy in Mr. Frank’s class to help study.

Most people don’t know that Braylen is 30% Native American and he just moved to Archbold from Oklahoma last year.

After high school, Braylen would like to attend a 2-year college. Braylen is very excited to have the opportunity to escort his girlfriend, Tommi, on the homecoming court.

The Senior Attendant was Tommi Sue Bok. She is the daughter of Joe and Kelli Bok. She has a younger brother Tyler.

Tommi hopes her favorite high school memory can happen THIS year, as most of her previous 3 years have been cut short for various reasons.

Something surprising about Tommi is that she has seen Kiss, Motley Crue, Def Leppard, Joan Jett, and Poison in concert.

After high school Tommi plans to attend college to study Biological Science, and she would like to remind everyone to GET UP and CHEER with the cheerleaders.

Prince, Brody, is the son of Luke and Janessa Stuckey. He has 2 older brothers, Maks and Wyatt, and a younger brother named River.

Brody is in Mrs. Zagarella’s first grade class and his favorite part of school is recess.

In his free time, Brody likes to play with his brothers and play baseball, football, soccer and basketball.

His favorite things are: the color blue, lions, and playing on his brother’s nintendo switch. Brody thinks being a part of the homecoming court is fun.

Princess, Henley, is the daughter of Logan and Kayla Wyse. She has 3 younger siblings, twin brothers Urban and Corbin and a younger sister Daphne.

She is a first grader in Mrs. Kruse’s class. Henley’s favorite part of school is all the specials, especially gym.

In her free time she likes to do crafts, play games, and play tennis, soccer and basketball.

Some of Henley’s favorite things are the colors pink and blue, Chick-Fil-a Chicken Strips and the Boxcar Children books.

Archbold High School’s 2022 Homecoming King is Cade Michael Miller. He is the son of Brad and Marcia Miller.

Cade is the younger brother to his twin sisters, Lauren and Taylor. Cade is involved with golf, baseball, student council, FCCLA and spirit committee.

Cade’s favorite high school memory is when Chase Cornell dropped his tray full of food at lunch and the entire cafeteria clapped for him.

People might not know that Cade loves watching the Cleveland Browns every Sunday.

After high school Cade wants to attend college and major in Construction Management.

Cade is very honored to have been chosen by his classmates for homecoming king.

Archbold High School’s 2022 Homecoming Queen is Leah Gloria McQuade. Leah is the daughter of Tim and Lori McQuade. She has 2 older siblings: Allie and Luke.

Leah is active in soccer, basketball, pacesetter soccer club, youth group, FCA, and is a lifeguard at the Archbold Swimming Pool.

Her favorite high school memory is making it to regional finals in soccer and winning sectionals in basketball.

People may not know that Leah loves to play golf for fun. After high school, Leah has committed to play soccer at Taylor University, majoring in elementary education.

Leah feels honored and blessed to be chosen by the student body to be this year’s Homecoming Queen.

Leah would also like to give glory to God for the honor of being on court. 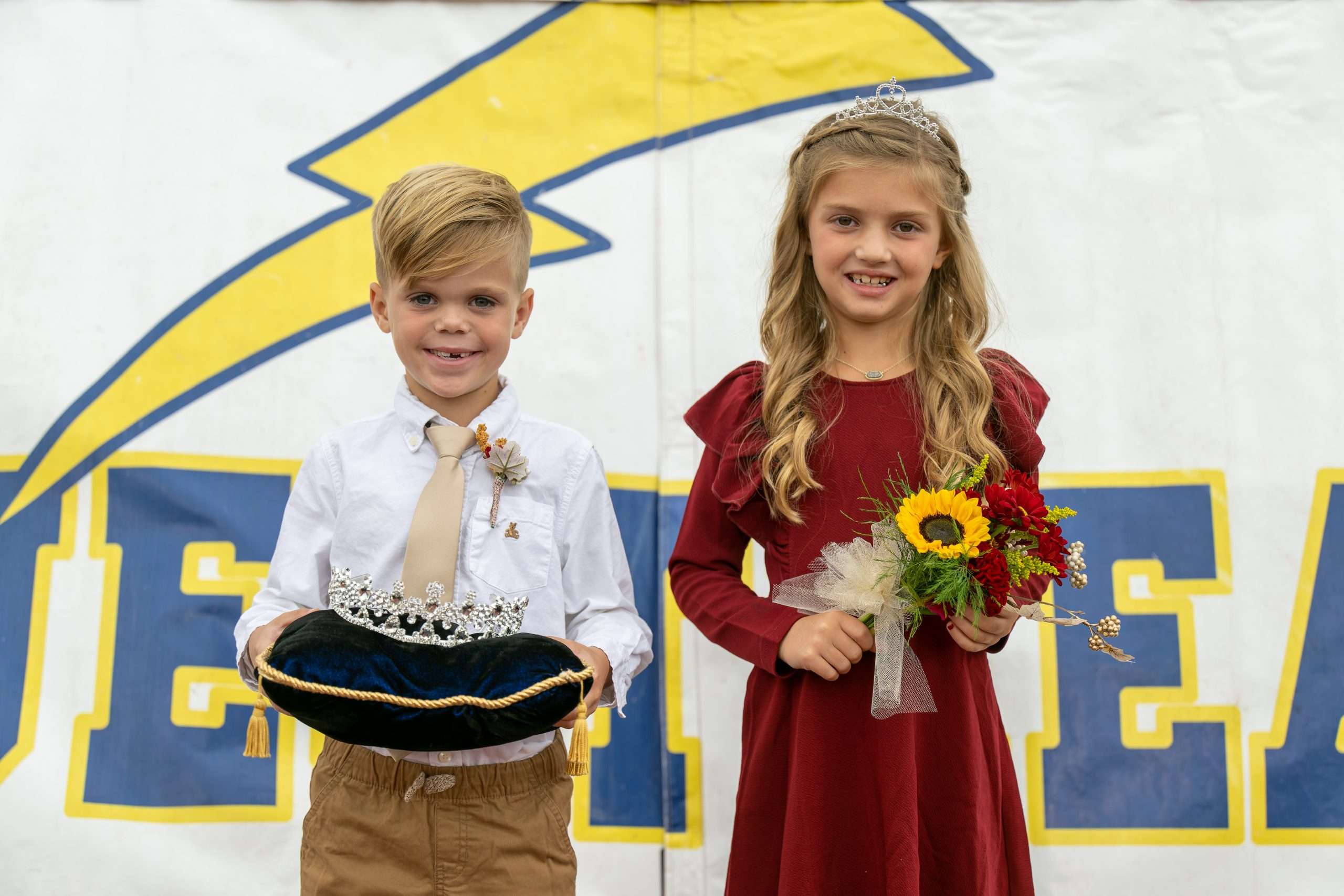 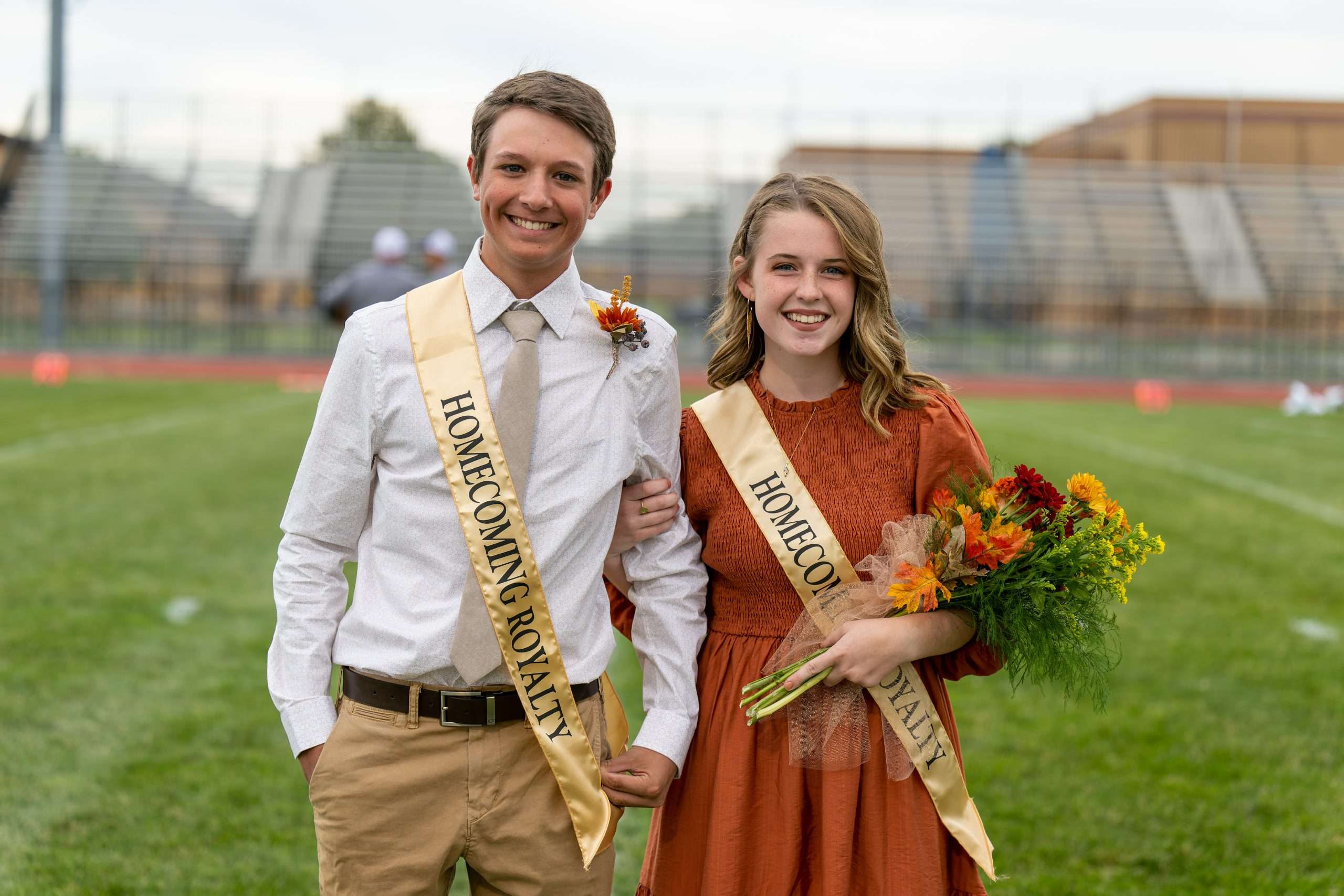 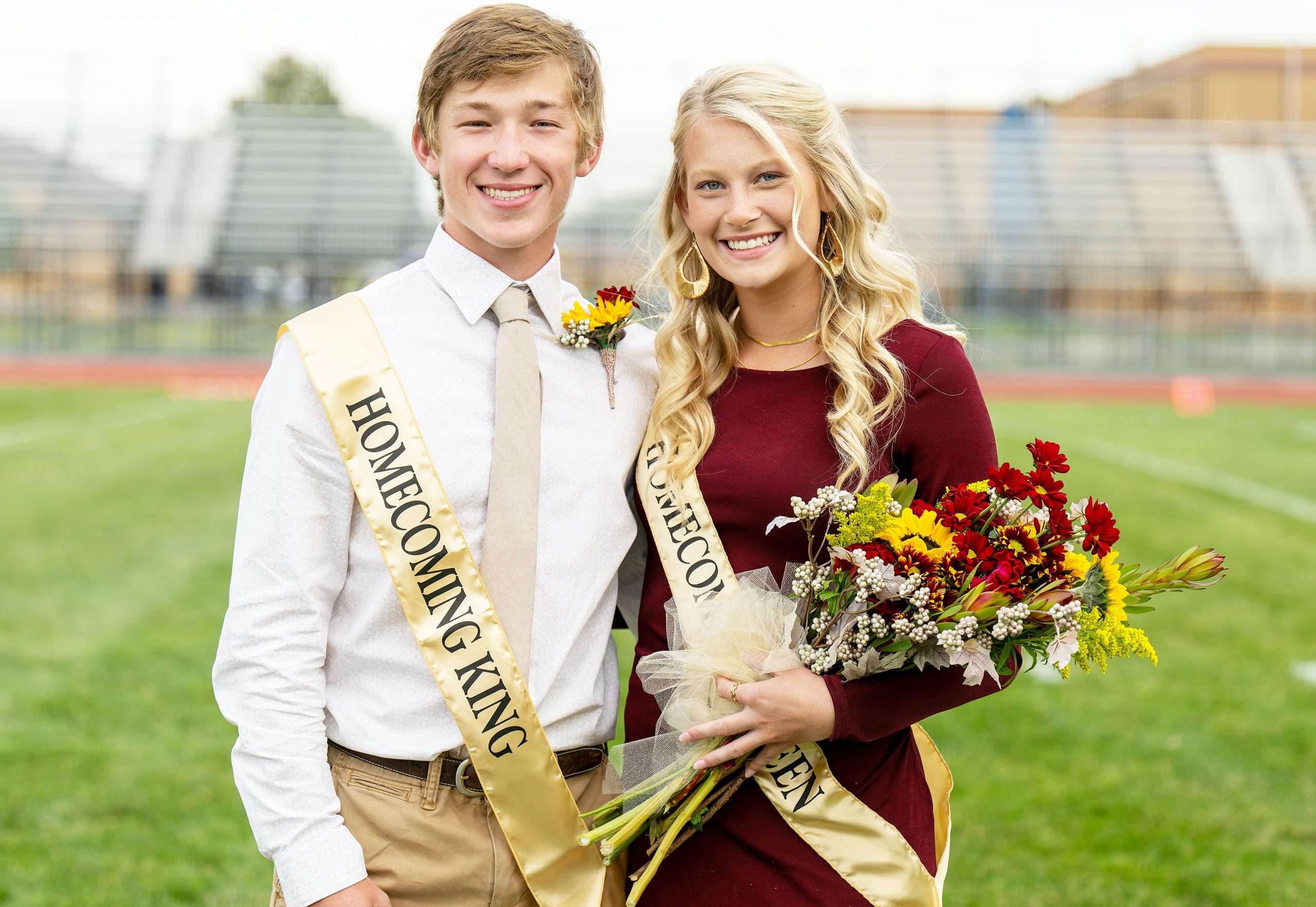 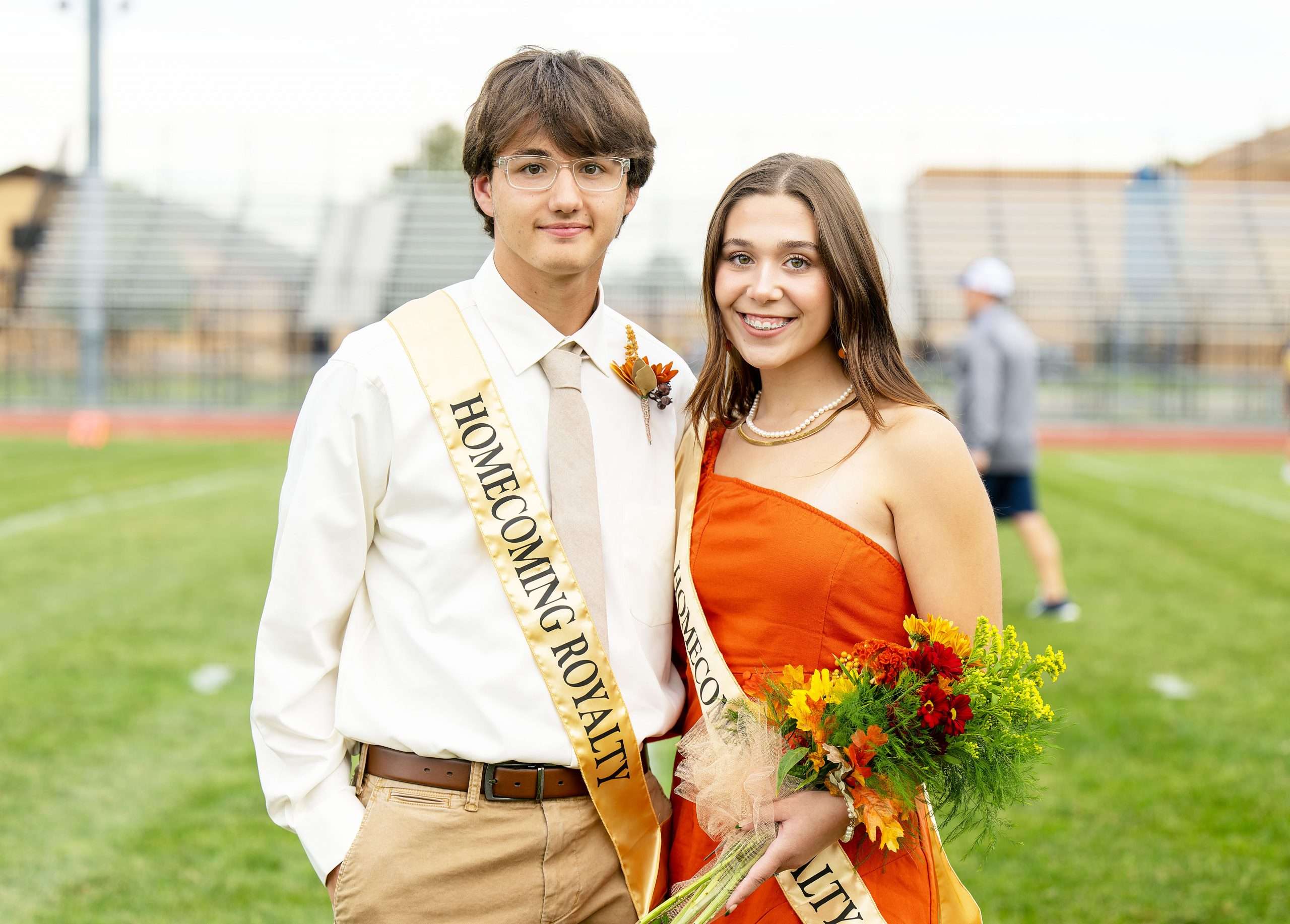 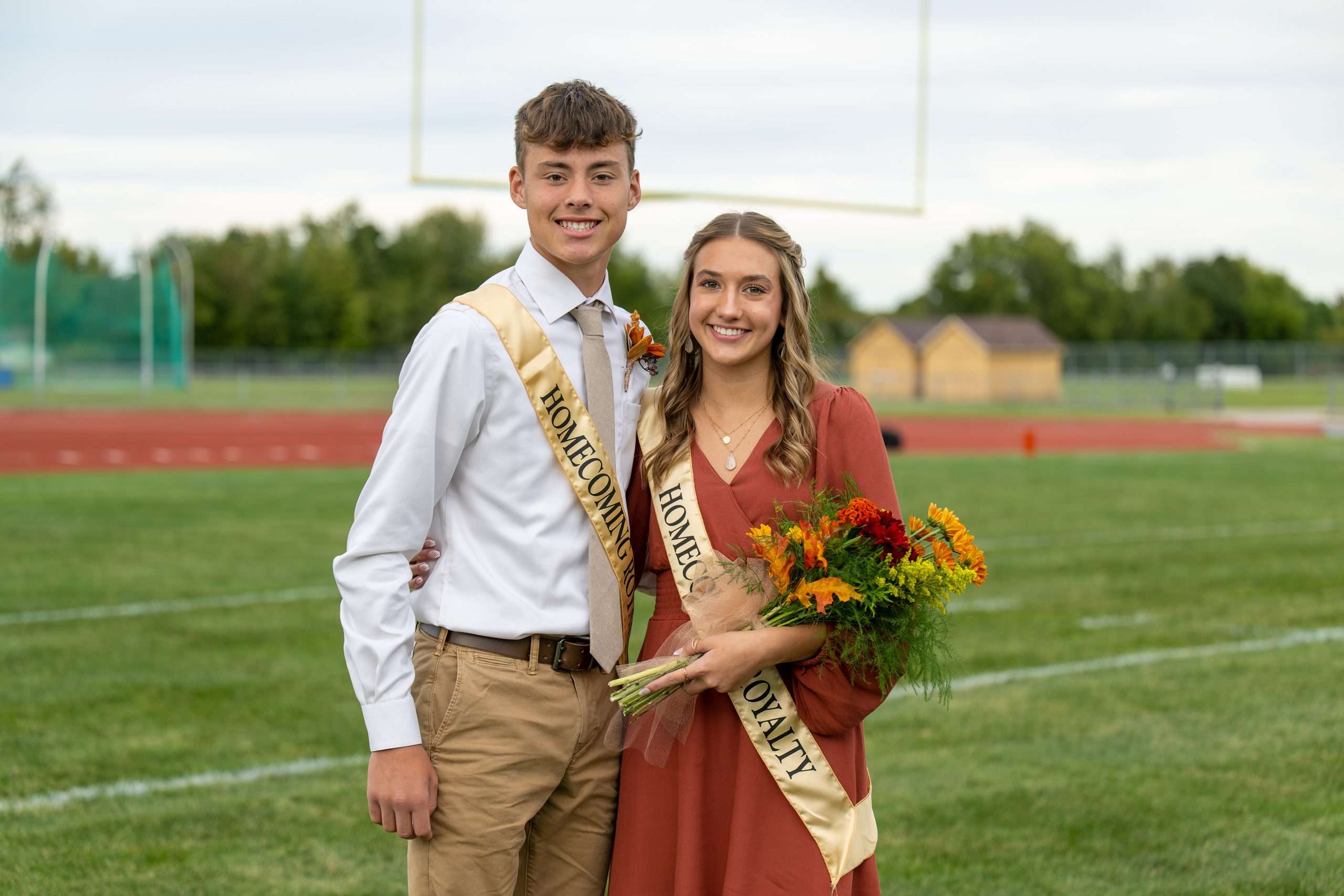 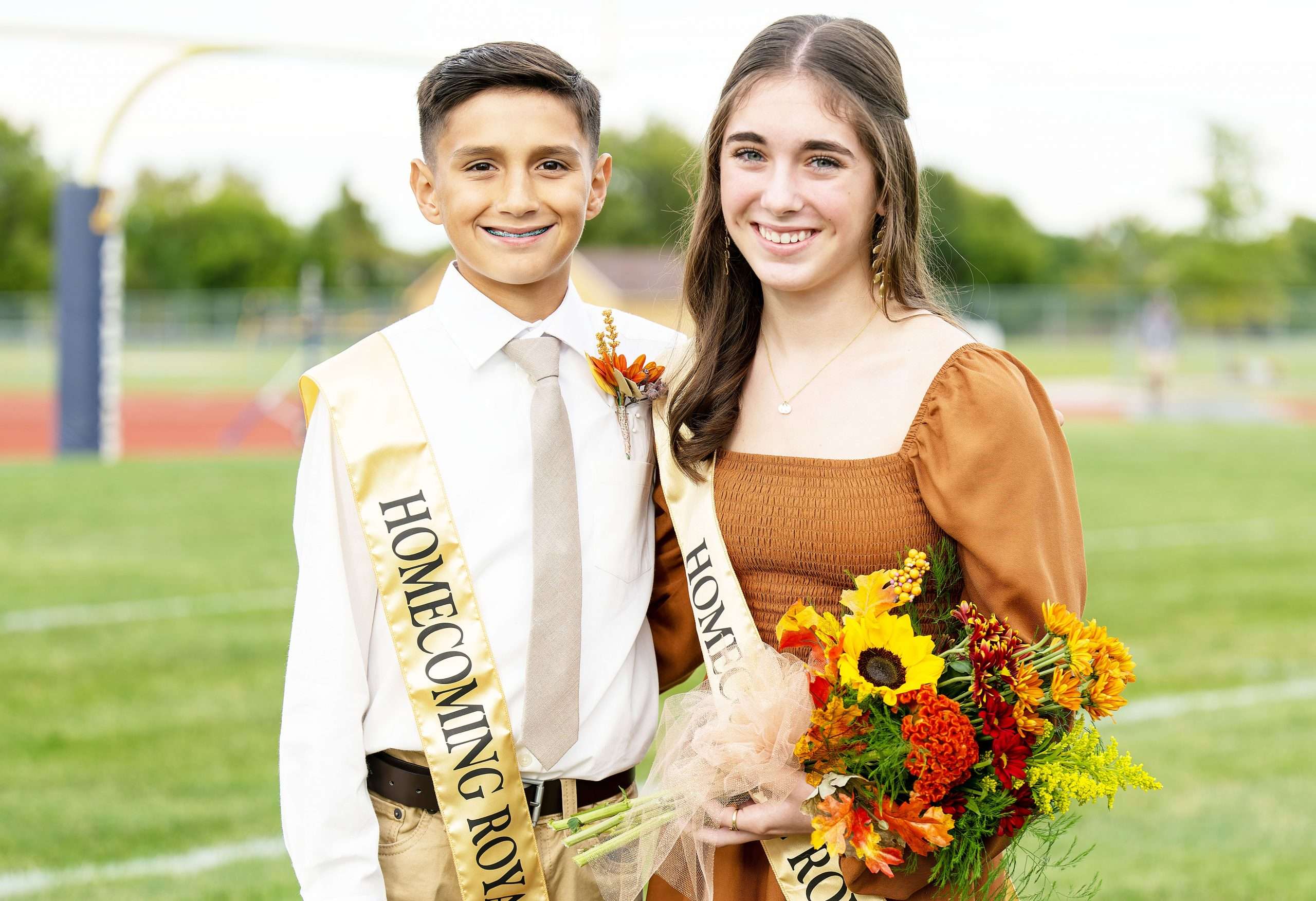