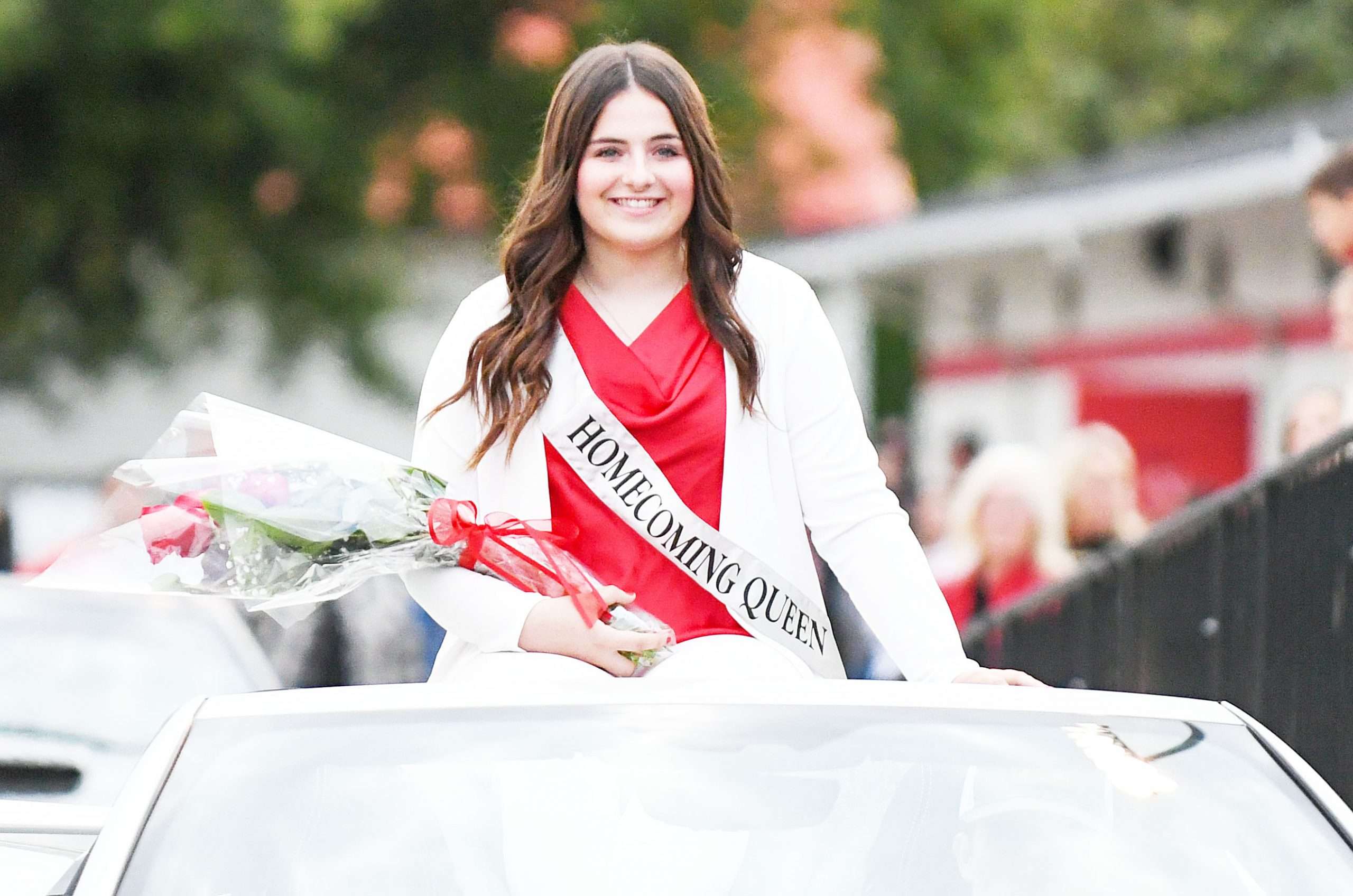 First Announced was Senior Attendant, Jillian Colon. Jillian is the daughter of Mike and Jen Colon. Her favorite activities include cheer, National Honor Society, Fellowship of Christian Athletes, Girl’s Christian Fellowship, student council, and being a statistician for the baseball team.

Jillian’s hobbies include making coffee at Red Rambler, spending time with her friends and family, shopping and strengthening her faith. Jillian says, “I am honored to be chosen as the senior attendant by all of Wauseon high School.”

She plans to attend Cosmetology School to become a hairdresser.

Jillian was followed by Senior Escort, Layne Henricks. Layne is the son of Bryan and Sara Henricks, and he enjoys track and field, and archery. His hobbies include working on cars, playing guitar, and going on walks around homecoming park.

Layne’s quote is, “I feel honored and grateful that my peers voted me as a member of this court. I’ll always consider this as a high point in high school experience.” He plans to go straight into the navy, or workforce.

Her hobbies include playing soccer, reading, hanging out with friends, and karaoke in the car. Abby’s quote was, “I feel very grateful my class chose to vote for me as Junior Attendant and I’m soaking in every special moment of this year’s homecoming.”

She plans to attend a four-year college and major in Psychology, to one day become a therapist.

Abby was followed by Junior Escort Dominic Barajas, who is the son of Dana and Hugo Barajas.

Dominic’s activities included soccer, Spanish Club, and National Honor Society. His hobbies are playing soccer, hanging with friends and going to the gym.

Dominic’s quote was, “I am very appreciative of those who voted for me.” His future plans are to work in sports medicine.

Sophomore Attendant was Brailyn Fogarty, who is the daughter of Mike and Jaime Fogarty. Brailyn’s activities include volleyball, student council and Fellowship of Christian Athletes.

Her hobbies include singing in worship band at church, shopping and hanging out with friends and family.

Brailyn’s quote was, “I am honored that my class chose me to represent them during homecoming this year. I’d like to leave you with a Bible verse that has impacted my life.”

“Matthew 5:44: But I tell you, love your enemies and pray for those who persecute you.”

Her future plans include attending a four-year college and train to become an ICU Nurse.”

The Sophomore Escort was Chano Torres, who is the son of Lisa and Jose Torres. Chano’s activities include the wrestling team and Spanish Club.

He enjoys wrestling, lifting, hanging out with friends, and watching sports. Chano’s quote was, “It is an honor to represent our class of 2025 and to be on the homecoming court.”

His future plans include attending college to study physiotherapy.

The Freshman Attendant was Dayana Sosa. Dayana is the daughter of Denise Zorayda and Pete Valadez.

Her activities include Spanish Club. Dayana’s hobbies include sketching, listening to music, the color purple or cheesecake.

Dayana’s quote was, “I feel honored to be recognized by my classmates in this way. It will be a special memory to take with me for years.”

Her plans are to attend college for Cosmetology.

The Freshman Escort was Otis Flowers, who is the son of Brandi Theis.

His activities include football, track and field. Otis’s hobbies include Hunting, Fishing, riding four wheelers and jet skis. His quote was, “I didn’t expect it at all, so it was a surprise to me. I am making the best of it.”

The 2022 Wauseon Homecoming Queen was Hannah Oconnor, the daughter of Heidi and Michael Garcia.

Her activities include National Honor Society, cheerleading and track and field.

Hannah’s hobbies are babysitting and working with children when she’s not at work or practice.

Hannah’s quote was, “Being a part of this experience and getting to represent the rest of my senior class is a true honor.””

I am beyond grateful to all the students and classmates that voted for me as their Homecoming Queen. It is truly a blessing.”

She plans on attending to earn a bachelor’s degree in medicine and attend a medical school to become a pediatrician. She selected Blayke Hannon to be this year’s princess.

Wauseon’s Homecoming King was Jude Armstrong, the son of Jill and Troy Armstrong.

His activities include football, basketball, baseball and NHS. Jude’s hobbies include playing video games, going to the gym, and hanging out with friends.

His quote was, “I feel honored and happy to know that my friends and classmates nominated me to represent them as their Homecoming King.”

He plans to attend a four-year college to study mechanical engineering. Jude selected Gage Carroll to be this year’s prince.

Lindsay can be reached at Lindsay@thevillagereporter.com 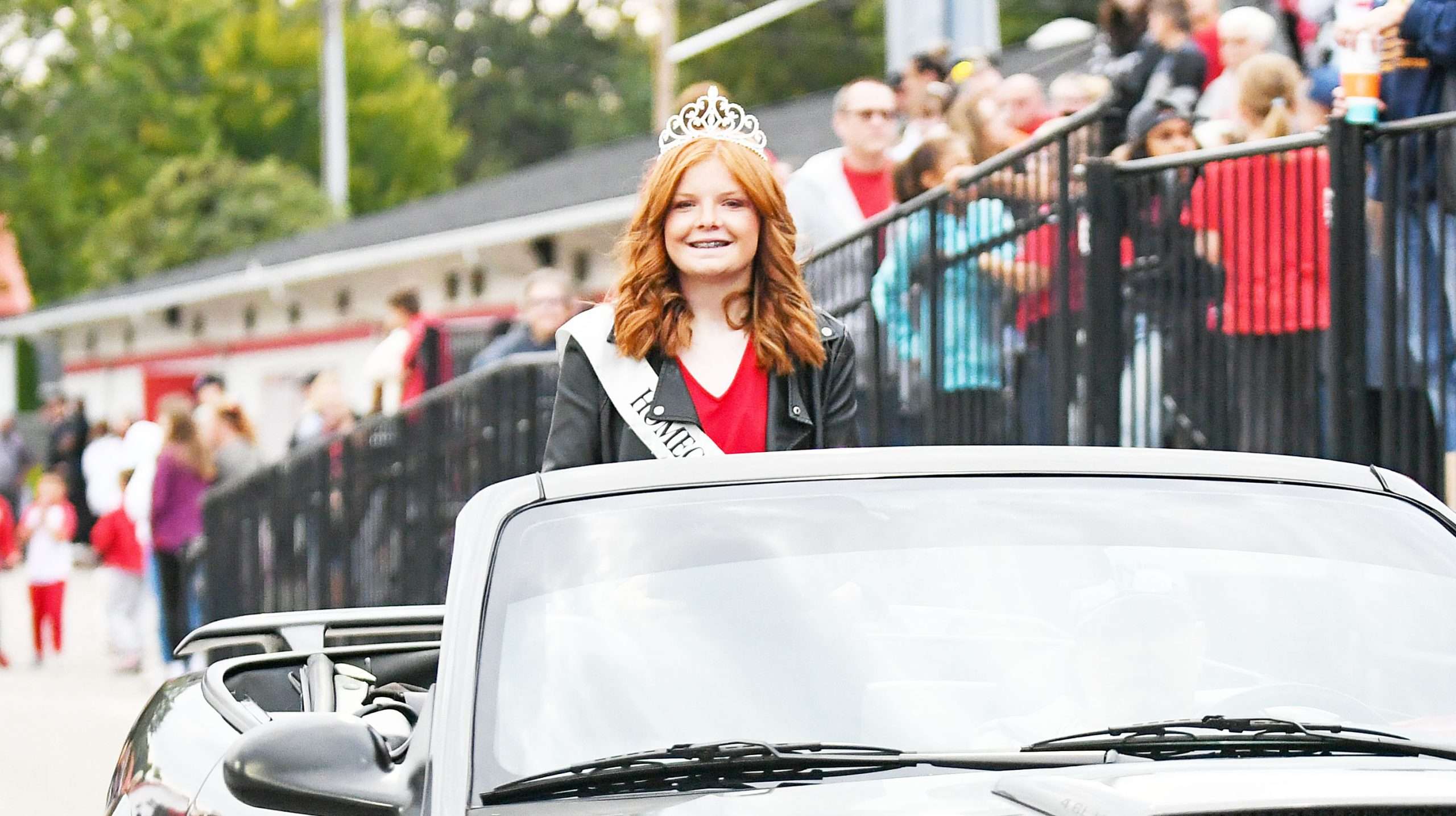 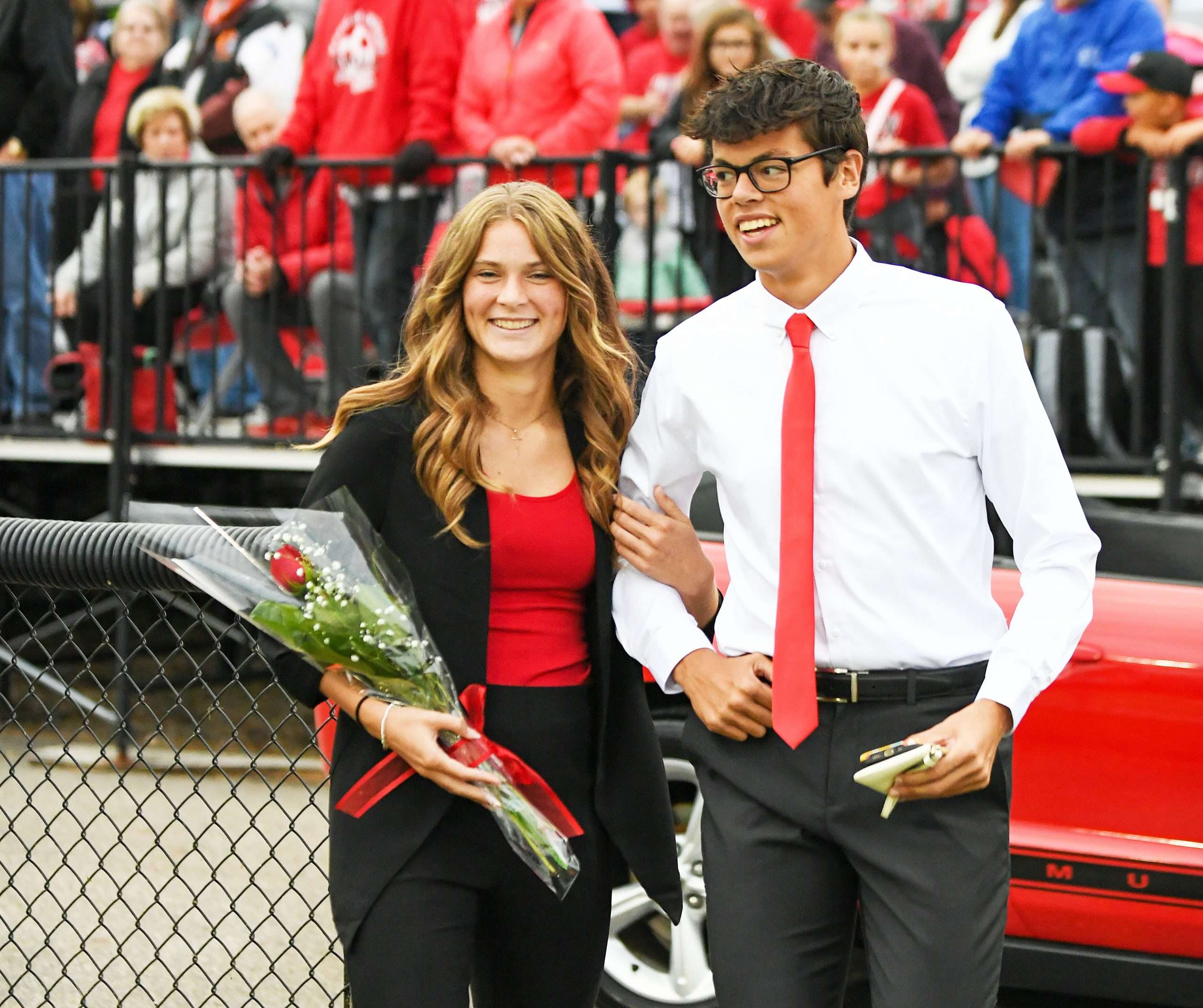 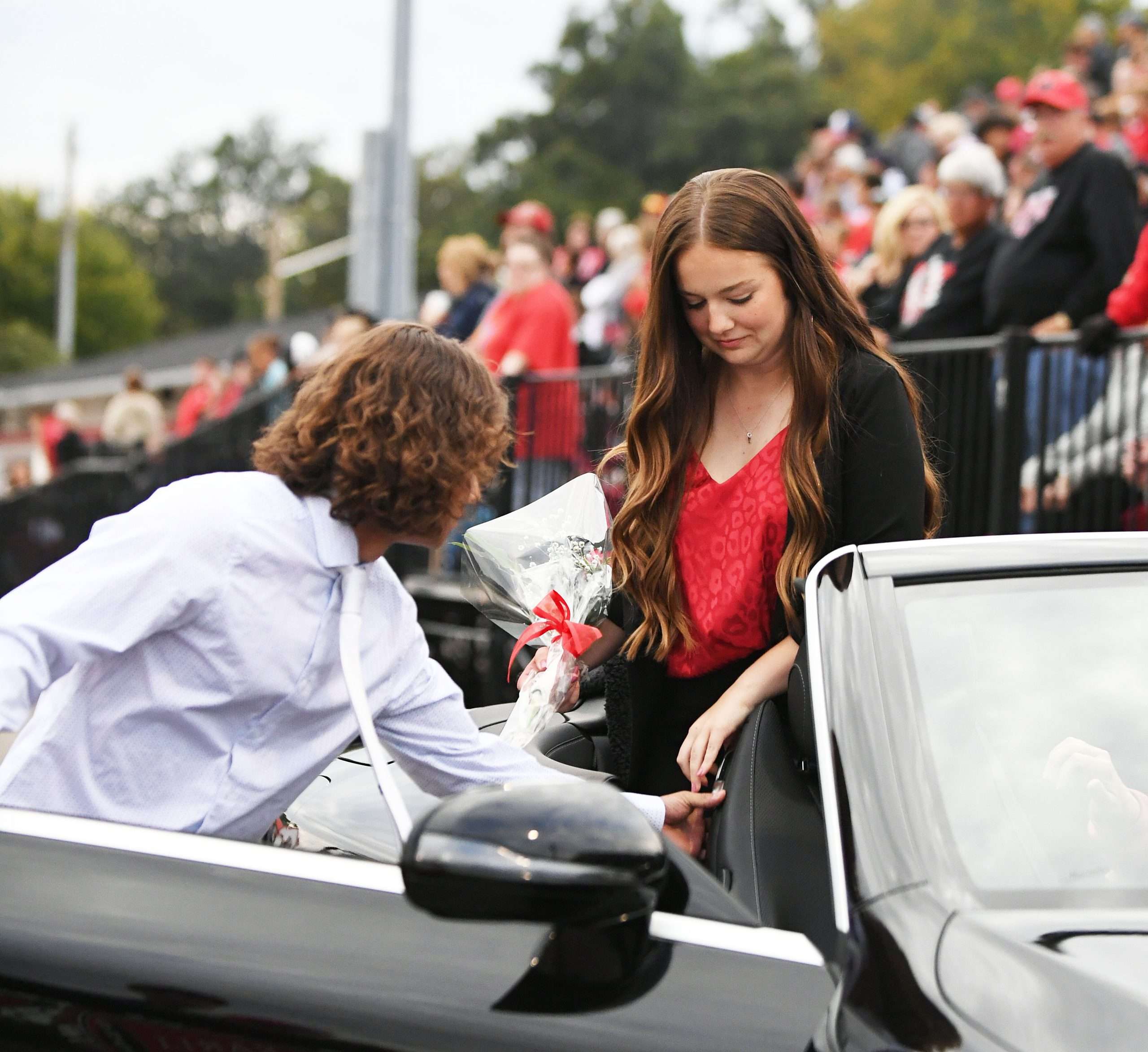 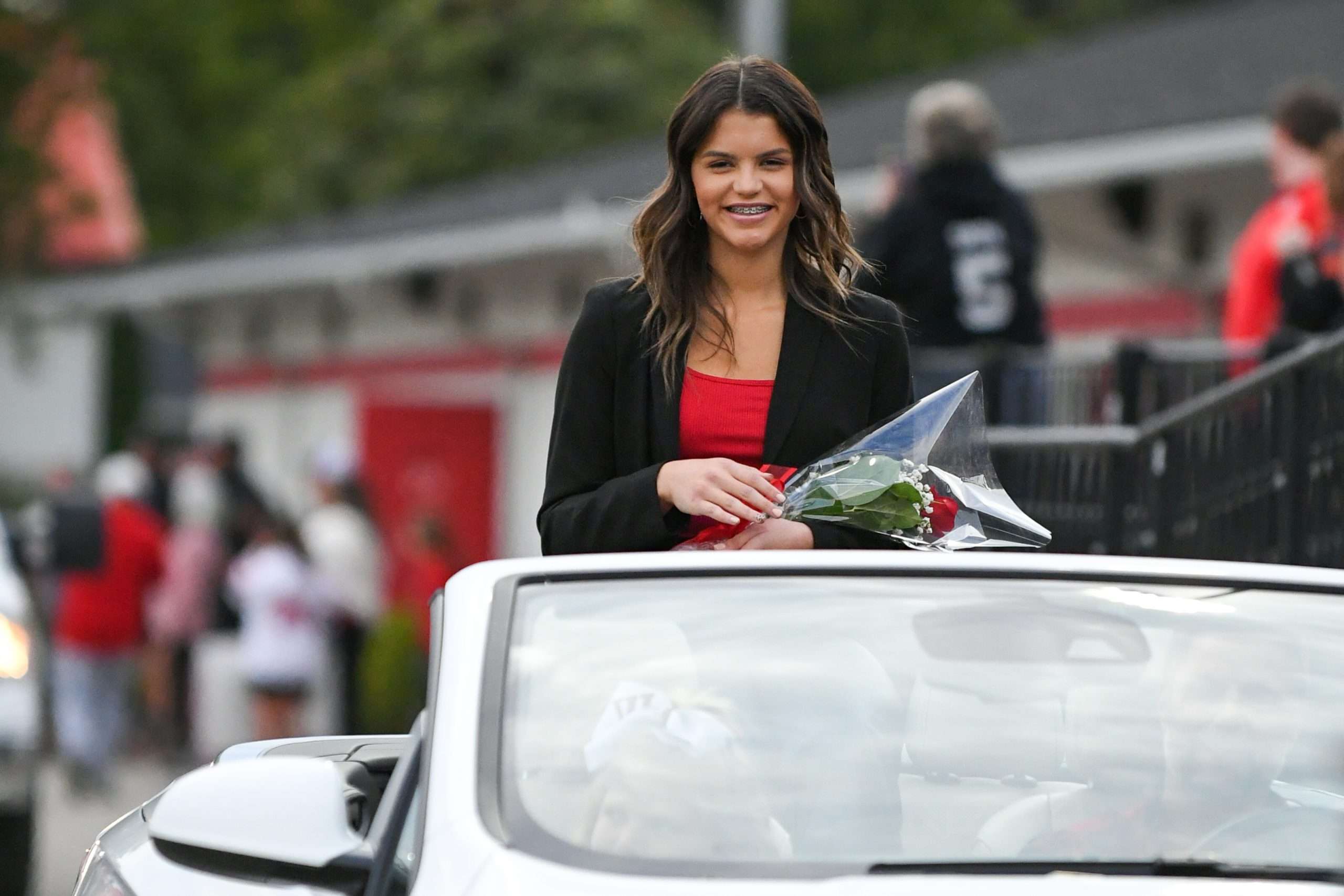 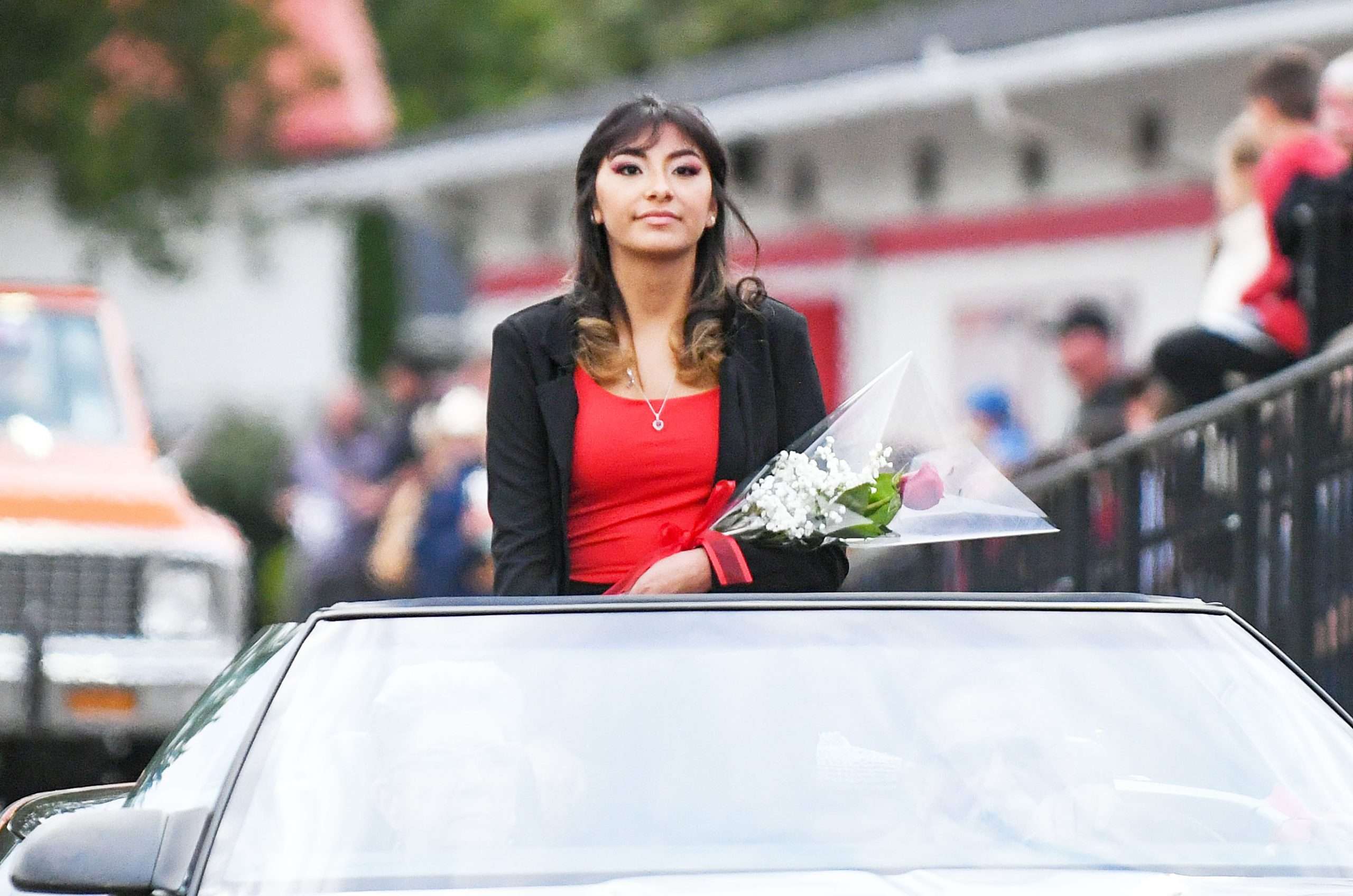 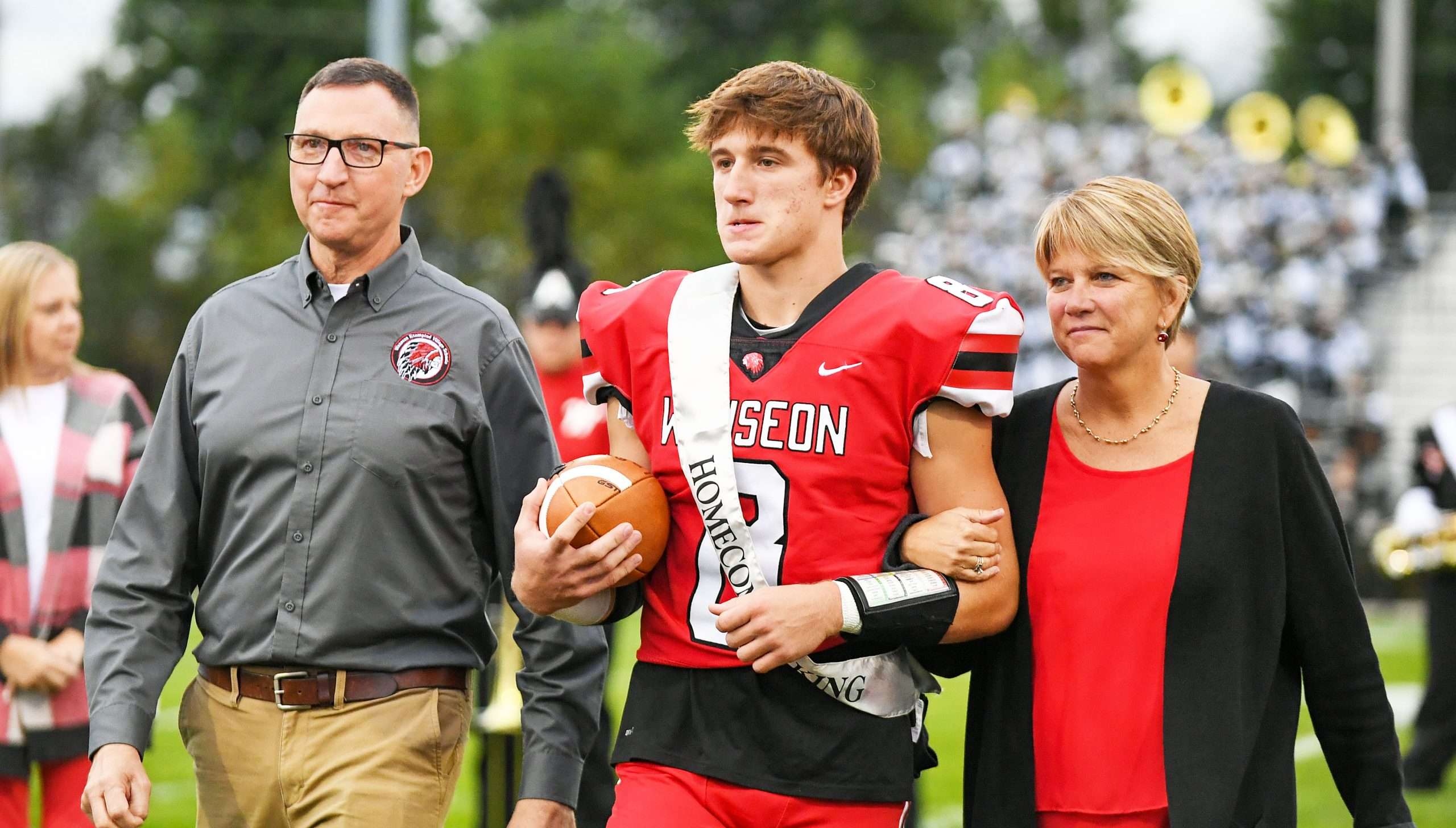