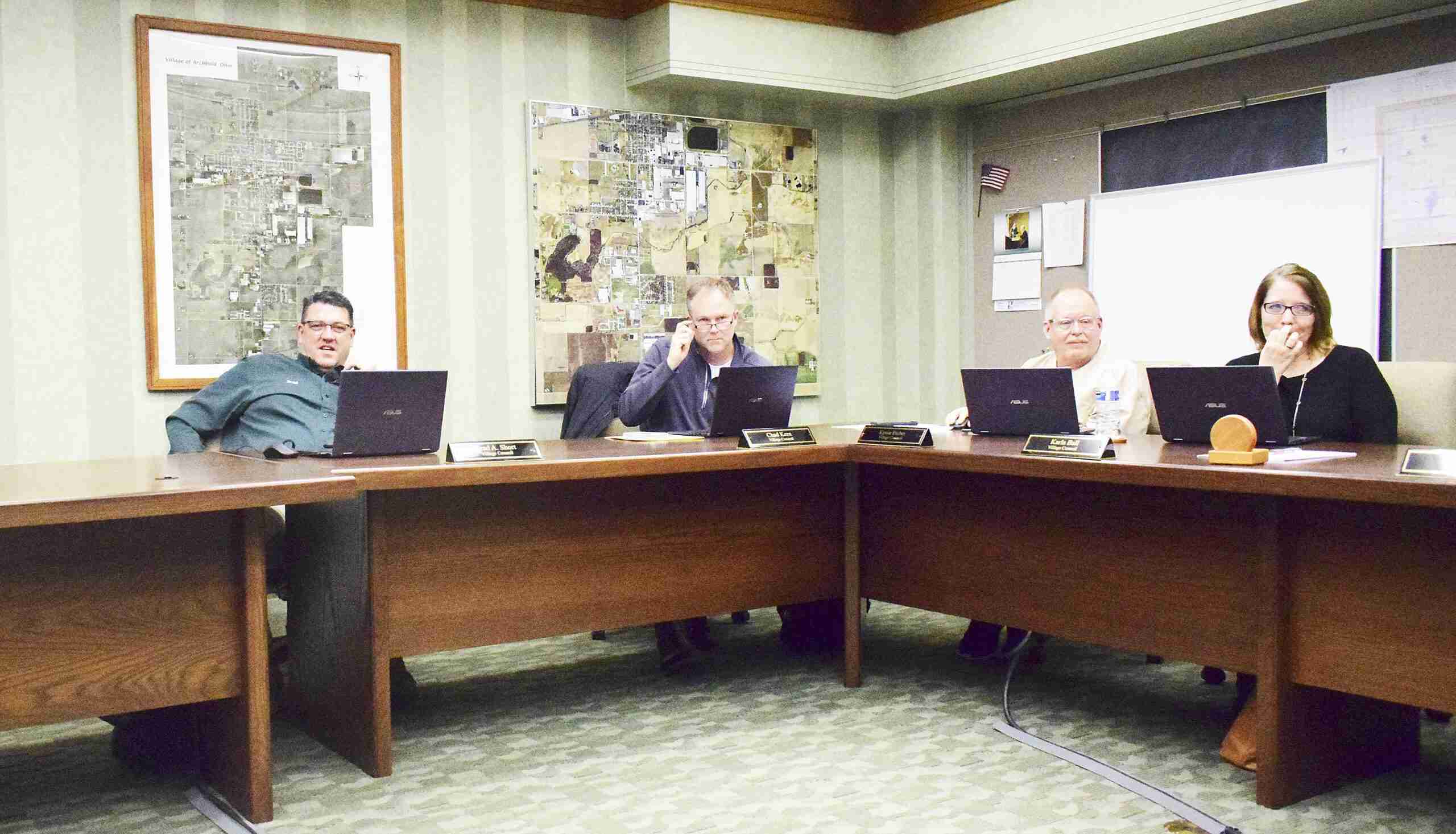 DISCUSSION … With the Fourth of July approaching, Archbold Village Council brings up matters of the previous Village’s ban on setting off fireworks. (PHOTO BY LINDSAY PHILLIPS, STAFF)

Archbold Village Council began their meeting at 5:30 p.m. on June 20, with mayor Brad Grime calling it to order. Minutes from the previous meeting on June 6 were approved along with Bills and Payroll in the amount of $609,787.25 dollars.

Ordinance 2022-42, an Ordinance Repealing and Replacing Ordinance 2022-01 Appointing Officers and Board Members in Service to the Village of Archbold, Ohio and Declaring it an Emergency was approved.

Discussion of Ordinance number 2022-43, an Ordinance to amend Chapter 91.21(B) of the Codified Ordinances of The Village of Archbold, Ohio regarding the discharge, ignition or explosion of fireworks within the village, was had.

The Ordinance failed to receive a two-thirds majority vote to suspend the rules and was not adopted. With it only being the first reading, council will seek a legal opinion regarding the Ordinance.

Resolution 2022-44 was approved, accepting Change Order One Final for the Walnut Street Sanitary Sewer Project, with a net decrease of over five thousand dollars, making the final contract price $203,762.57.

The resolution was declared an emergency, for the preservation of public peace, health, safety and welfare, to wit, the necessity to transact said change order in a timely manner and close out the contract.

Police and Fire Committee minutes from the June 6, 2022 meeting were approved. With no reports or comments from council, the meeting was adjourned at 5:50.