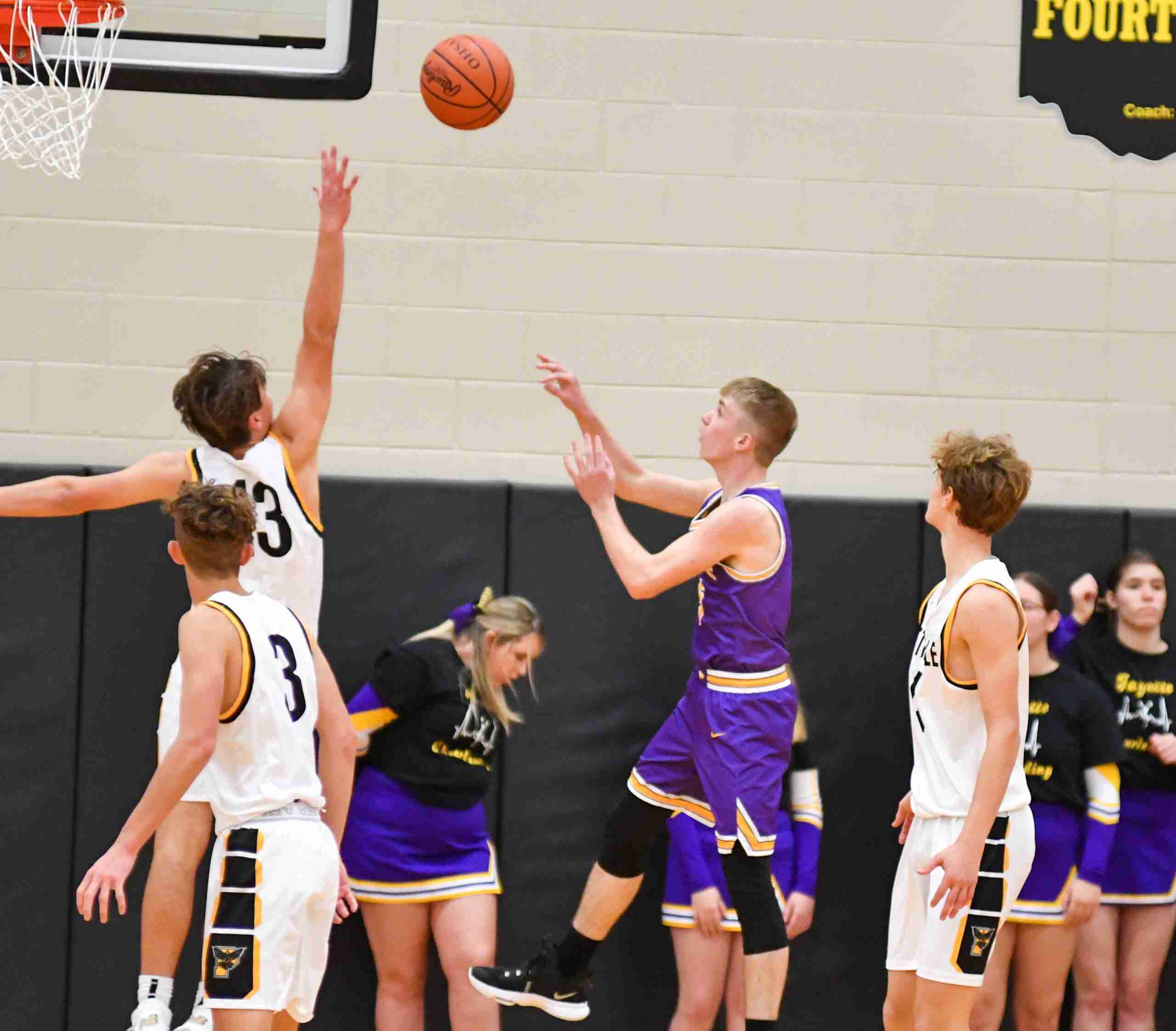 GOING GLASS … Chase Moats hit one of his two field goals for the Eagles in the third quarter. (PHOTO BY JACOB KESSLER, STAFF)

PETTISVILLE – The Michigan Wolverines weren’t the only team to end a losing streak against an arch-rival on Saturday.

Fayette put three players in double figures as they snapped a nine-game losing streak to the Blackbirds 52-45 in the nonconference meeting between the two, their first win in the series since 2017.

Fayette started strong by jumping out to a 6-2 lead after an offensive rebound bucket by Kaden Frenn and an elbow jumper from Elijah Lerma.

The Blackbirds would then go on a 9-0 run to end the quarter with three-pointers from Joey Ripke and Jaret Beck during the surge.

Early in the second quarter, a Beck field goal stretched the lead to 13-8 before the Eagles used the foul line to put together a 7-2 spurt to tie the game 15-15. Fayette was 4/6 from the floor in the quarter and 4/4 at the free throw line to trail just 20-19 at halftime.

A Cayden Jacoby bucket put Pettisville ahead 24-21 in the opening minutes of the second half before Frenn, Lerma, and Chase Moats all scored during a 6-0 Eagles run to take a 27-24 advantage.

Fayette continued the hot shooting as Quinn Mitchell nailed a triple, Wyatt Mitchell had a conventional three-point play, and Frenn hit his second three pointer of the night to make it 38-30 after three quarters.

The Eagles ended the third on an 11-4 run and were 7/11 shooting to help them outscore the Blackbirds 19-10 in the quarter.

The fourth quarter was a parade to the foul line for both teams as Fayette was 8/13 and Pettisville went 7/11 as the Blackbirds were unable to cut into the Fayette lead.

Lerma paced Fayette with 19 points, Frenn had 14, and Quinn Mitchell chipped in with 10. Beck and Jacoby each tallied 16 to top Pettisville (0-2) and Ripke added 11.

The Fulton County rivals will meet again on January 21st at Fayette in the conference matchup.