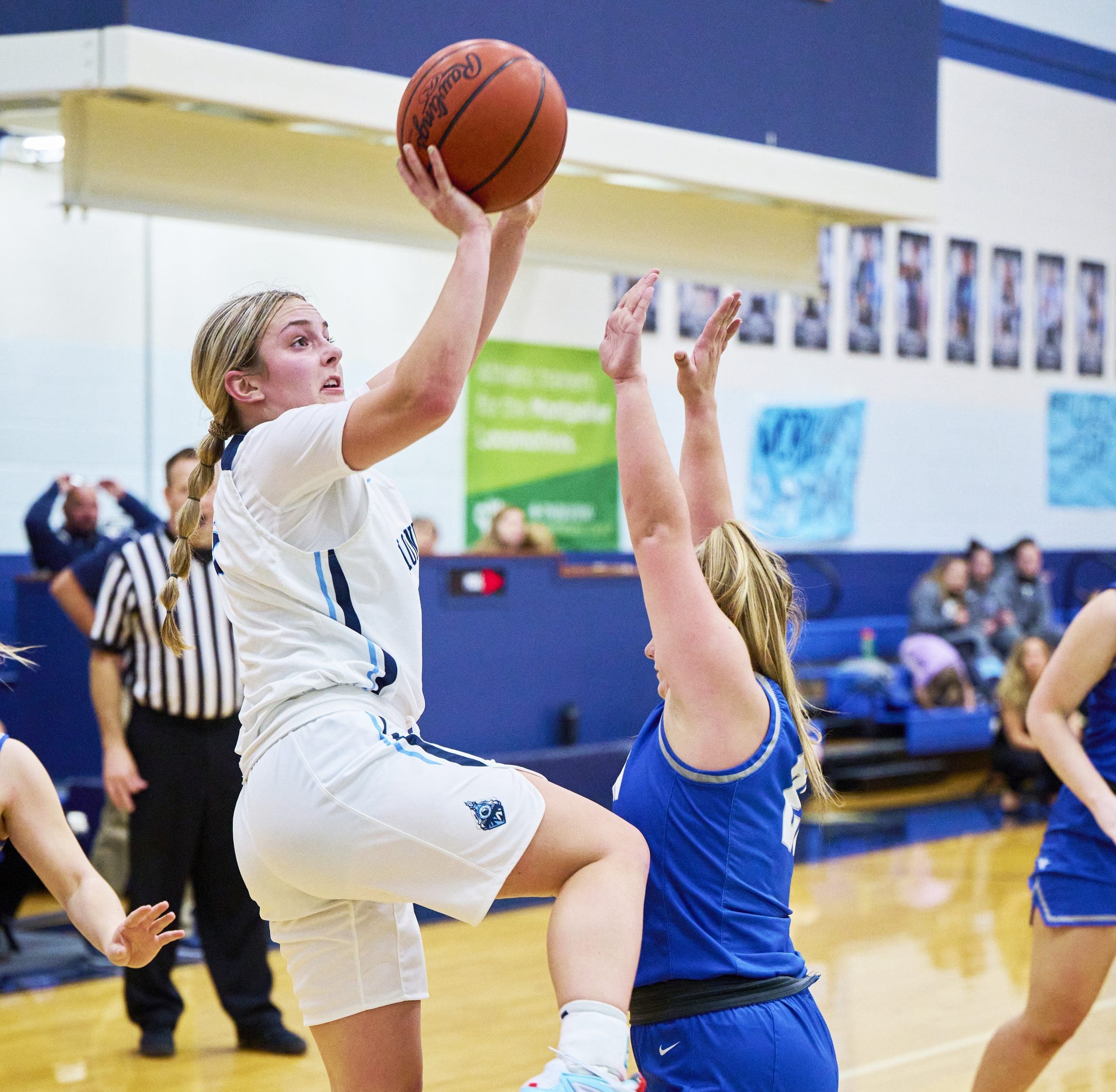 GAME-HIGH SCORER … Kelsie Bumb takes a baseline jumper for the Locos. Bumb led all scorers with 24 points on the night. (PHOTO BY RICH HARDING, STAFF)

MONTPELIER – Kelsie Bumb poured in 24 points for Montpelier who was able to get some clutch baskets down the stretch to hold off Edon 46-40 in a non-conference matchup.

Bumb scored the Locos first five points of the game before Mandy Taylor and Madelyn Hopper each scored inside to close the quarter as the Locos led 9-4.

The Montpelier run continued to start the second with Bumb adding two buckets and a conventional three-point play in between as the lead grew to 16-4.

Addison Briner was able to stop the run for the Bombers with a three-point play of her own and Natalie Wofford added two field goals to keep Edon within striking distance despite 19 first half turnovers as the Locos led 22-11 at halftime.

Wofford scored the first four points of the second half for Edon, and Maddie Gearing added a bucket to trim the lead to 27-17.

Montpelier (4-1) would answer back with a 7-0 run as Meara McGee turned in a three-point play, Bumb would hit a driving layup followed by a baseline jumper to push the lead to 34-17.

The game of runs continued with the Bombers engineering a 7-0 surge to end the quarter with Emma Hickman hitting a jumper, Wofford would go coast-to-coast for a three-point play after a steal and Hickman hit a layup at the buzzer to make it 34-24.

A Jaycea Craven corner jumper for Edon started the final quarter but Jada Uribes came back with a layup for the Locos followed by a baseline jumper from McGee to push the lead to 38-26.

The Locos continued to extend the lead with a three-point play from Uribes and a hoop from Bumb to make it 43-28.

Edon (2-5) made one more run aided by Montpelier missed free throws and field goals from Hickman, Wofford, and Grace Ripke as the Bombers closed the deficit to 45-36.

The Locos would go 1/4 at the free throw line keeping the door open for the Bombers who got buckets from Hickman and Wofford to draw within six as the final horn sounded.

After 19 turnovers in the opening half, Edon turned it over just nine times in the second half and was 13/28 shooting to help battle back from down 11 at halftime.