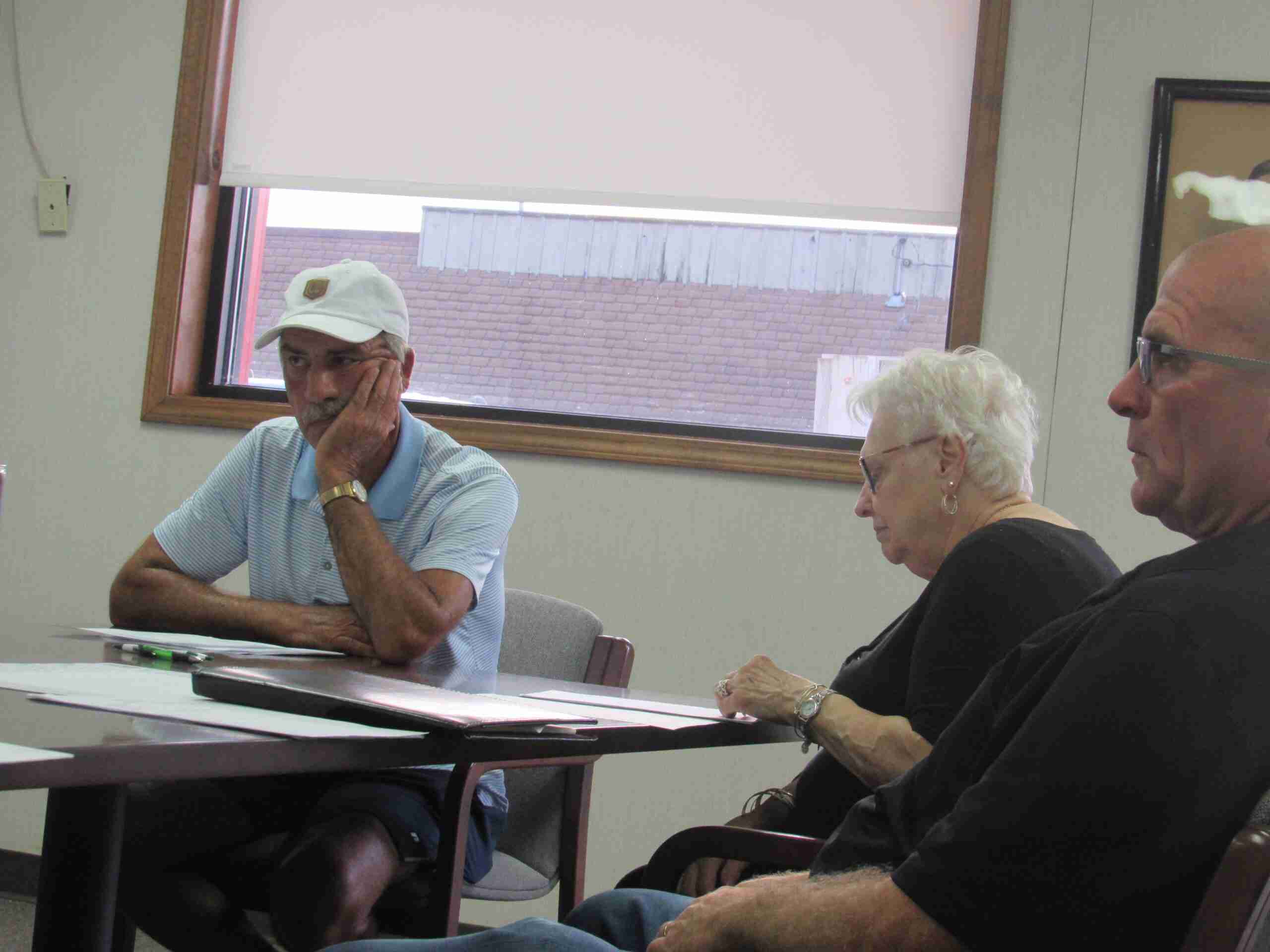 DISCUSSING NEW CONTRACT … Members of the Blakeslee Village Council talk about changes to the contract with ARS. (PHOTO BY LACIE FISH, STAFF)

The Blakeslee Village Council meeting was held Sunday the 19th. Meeting was called to order at 7:10 pm.

A motion was made to accept the minutes from August 15th and the motion was seconded. Motion was carried.

Fiscal officer Beth Rediger reported revenue since last council meeting was $2300 while expenses were about $50 more.

Rediger also reported about the ARS contract and it could be increasing. The contract would be the same as Edon. They state they want to charge to $15.20 a house instead of $13. And it would be for 3 years. Motion was passed.

It was brought up that paper tickets are still written out. Paper tickets do not take as long as computerized ones also not many tickets are written. There had been 6 callouts in the last couple weeks late at night including a break- in with no damage. The investigation is still ongoing.

Big Trash pickup is October 16th and Halloween Trick-or-Treat will be Saturday the 30th from 5:00-7:00 pm

There was no further business. Motion to adjourn was made and seconded.