BRYAN BOARD OF EDUCATION: Dustin Schlachter Elected School Board President 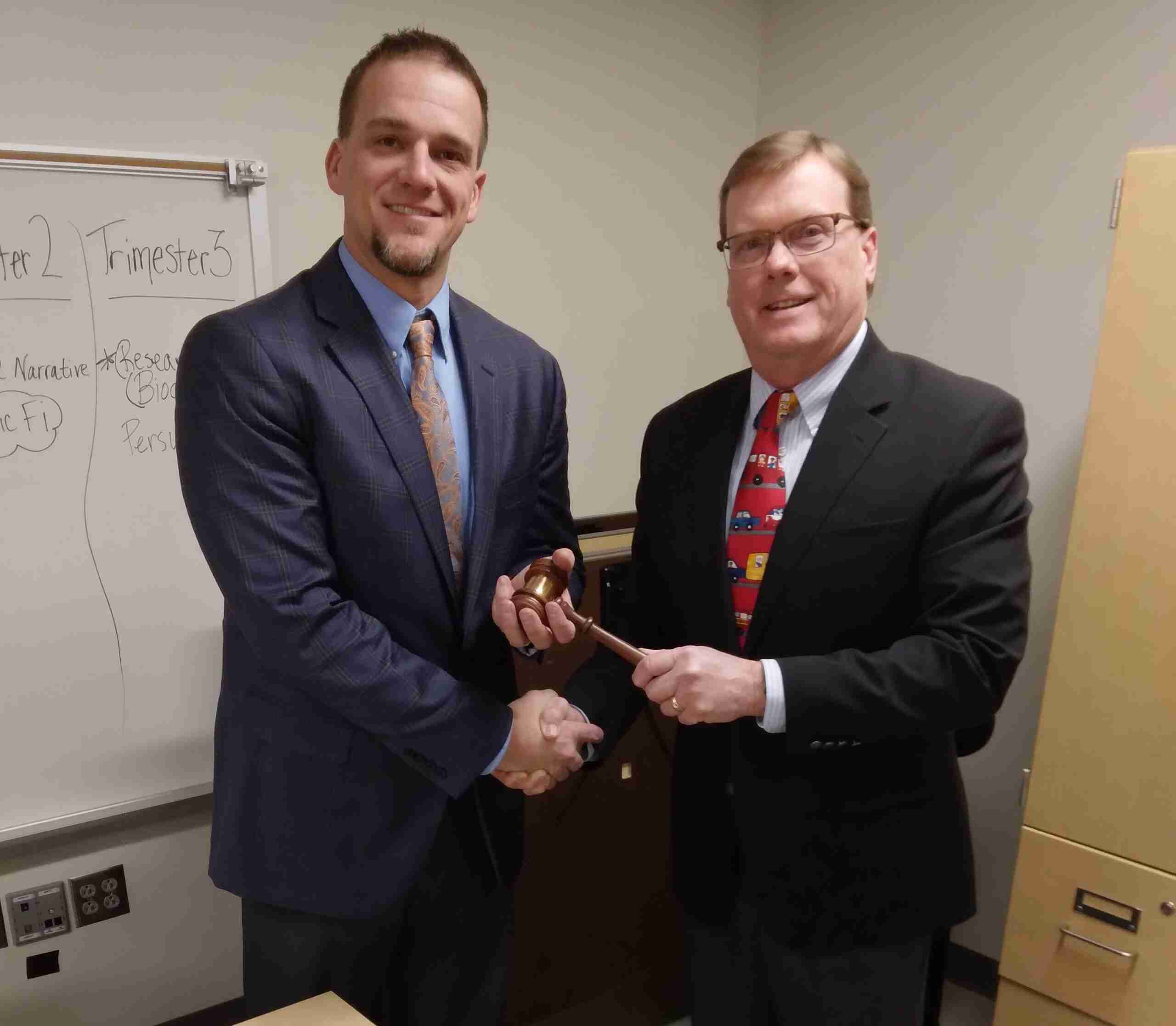 The January 10 organizational meeting of the Bryan School Board began with roll call, followed by the Pledge of Allegiance. Four of the five school board members, Scott Benedict, Debra Opdycke, Dustin Schlachter and Michael Stockman, were present. Ben Camarillo was absent.

Next came the swearing in of four of the five re-elected board members. That was followed by the election of Schlachter as school board president and Stockman as school board vice-president.

Next, the school board approved the meeting schedule for the year, which will continue to be the second Monday of the month. There will be three changes to that schedule, coming on May 16, October 17 and November 7.

The school board then approved the recommendation that the Board of Education establish a service fund of $20,000 for 2022, covering school board expenses.

Superintendent Mark Rairigh talked about previous business, with the passage of the substitution levy and thanked the school board for their support through COVID. He also passed out certificates to the school board members.

Treasurer Kevin Schafer announced that his office received the first Foundation payment from the state. He also mentioned a change in appropriations to $39,617.25 and that it was time for board members to renew their membership with the Ohio School Board Association.

Schafer then announced the following donations that had taken place: from the athletic boosters, $6,960 for football uniforms, $1963.50 for baseball uniforms and $275 for girls tennis awards; from Newlyn Quest, $600 for band, $100 for National Honor Society and $200 for girls soccer; $200 for FCCLA from Williams County Dairy Association.

In old business, Rairigh announced the sale of the Portland Street school property to the Bryan Community Hospital and Wellness Center.

Next, the school board passed the superintendent’s agreement with Ohio colleges and universities, in regards to the College Credits Plus program, as well as an agreement with BGSU.

In personnel recommendations, the board approved the spring supplemental of Betsy Zuver as spring musical assistant director.

They also approved the resignation of bus driver Sheri Oaktree, effective February 2. Oaktree is still available to drive, as a substitute.

In points of information, the next board of education meeting will take place on February 14 at 6 p.m., in the BE Commons room. In addition, there will be a business advisory meeting on February 16 at 7:15 a.m. and on May 18, also at 7:15 a.m.

The school board then went into executive session, which is not open to the public.