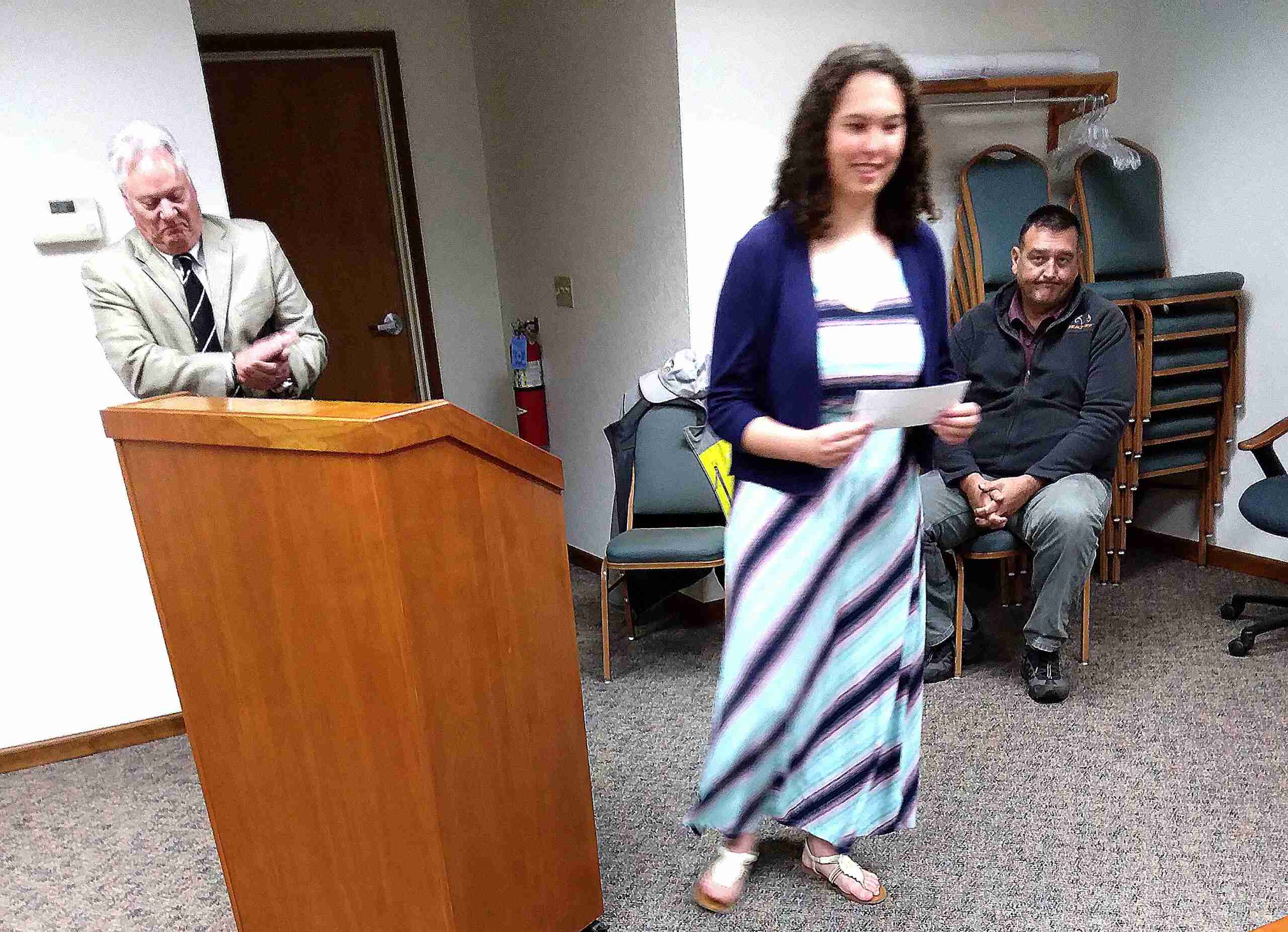 The Bryan Board of Public Affairs (BPA) meeting of May 2 began with the Pledge of Allegiance. All five board members, Jim Salsbury, Annette Schreiner, Karen Ford, Dick Long and Tom Sprow, were in attendance.

In the first order of business, the BPA approved the minutes from the previous April 19 meeting.

Next, Bryan senior Lillian Schlade received the AMP Richard H. Gorsuch Scholarship. The field was broken down to 25 students being interviewed and the field was then narrowed down to five.

Lillian is the daughter of Dr. Joshua Schlade and Bryan City Mayor Carrie Schlade. Among her extracurricular activities, Lillian played soccer, was a member of the National Honor Society and was a member of the Fellowship of Christian Athletes. Lillian plans to major in elementary education at Bowling Green State University.

Next, the BPA approved Resolution 22, recognizing National Drinking Water Week, for May 1-7.

That was followed by the BPA approving the motion to reject all bids for the Deerfield Subdivision Underground Electric Update.

“We’ve been working on this project for two years,” said Bryan utilities director Nate Gardner. “We received just one bid and it exceeded our budget. We’ll evaluate, possibly for 2023. Maybe we will need to adjust the numbers. Hopefully, we can rebid the project.”

Next, the BPA approved Resolution 23, requesting that the Director of Utilities be authorized to advertise for materials involving the 34.5V to 69KV line conversion project.

The BPA then approved the reclassification of Jimmy Dunning from water plant supervisor to probationary water superintendent.,

That was followed by the BPA approving the request to search for the hiring of a water supervisor.

That was followed by the BPA approving the retirement of Terri Bayliss from the clerk-treasurer’s office. In turn, the BPA approved of the request to begin searching for an account clerk position.

The BPA then approved of a merit increase in the clerk-treasurer’s office for Jessica Davies.

Next, the BPA approved of the paying of the bills. Long congratulated Dunning, Lillian Schlade, Bayliss, Waldfogel and Davies.

Mayor Schlade gave congrats to all the staff promotions and stated that she was very proud of Lillian.

The BPA then moved into executive session.