EDGERTON VILLAGE COUNCIL: Awards Given For Community Service, Business Of The Year & Industry Of The Year 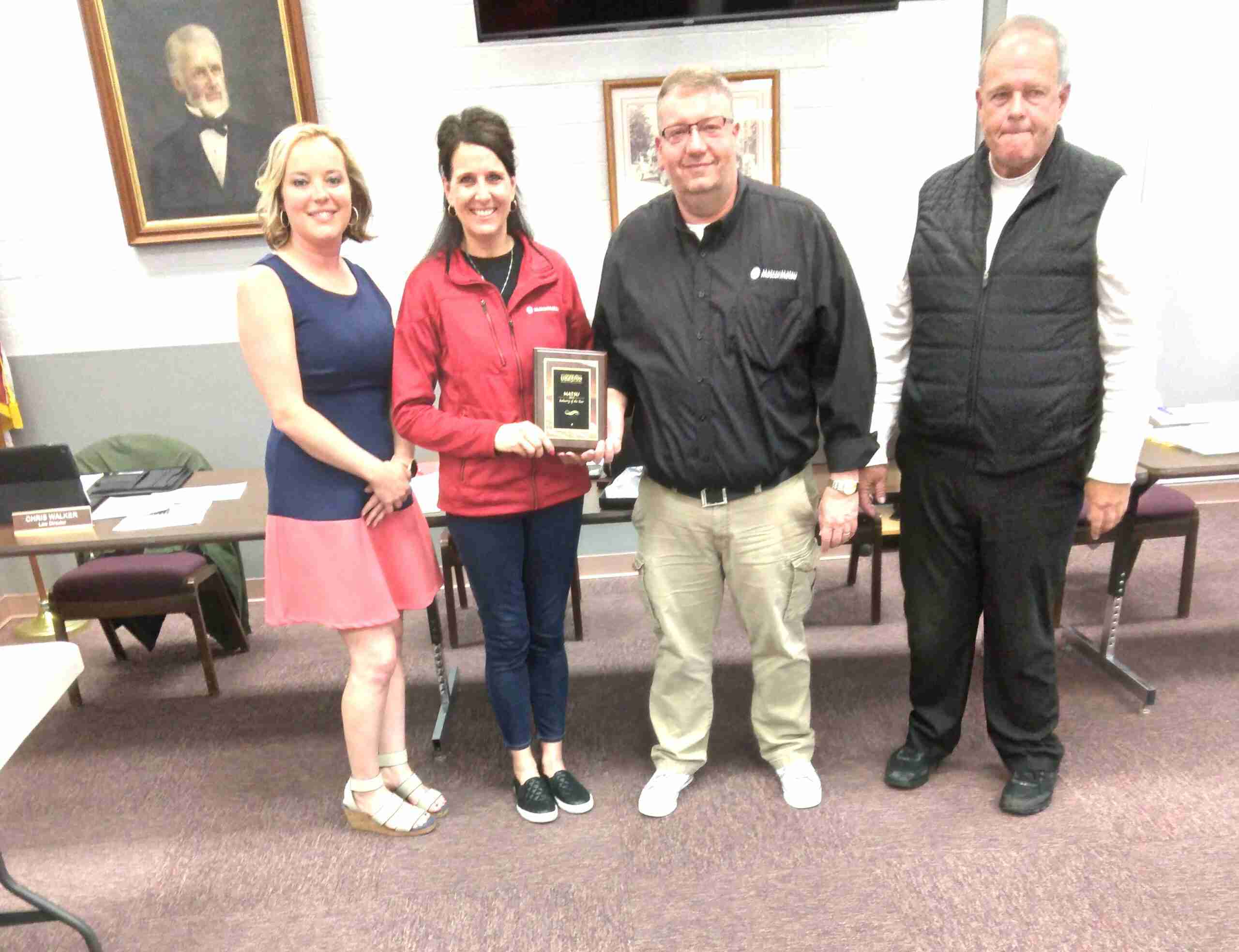 Osmun then discussed the possibility of upping the current levy to an additional 1/2 percent. After discussion, it was decided to table the levy information until the cemetery board could get further information on the project and what needs to be done.

Next, those present voted to adjourn the meeting. The regular May 3 Edgerton Village Council meeting began with the Pledge of Allegiance, followed by a prayer from Mayor Robert Day.

Next, Mayor Day gave a proclamation for the National Day of Prayer, for May 5. “This village believes in the power of prayer,” Day said.

Next, Mike Temple, who recently presented Chandler Chester with $4,500, after Chester’s wife was killed in a car accident, received a community service award from Day.

In the administrator report, Dawn Fitzcharles announced that there will be a special council meeting on Wednesday, May 10 at 4 p.m., to discuss the Oak Street and water tower projects.

Fitzcharles reported that on Monday, road painting, particularly for school zone, public parking and railroad crossing, will take place. She also stated that a purchase order was made for miscellaneous repairs.

Next, Fitzcharles opened up discussion that Kepler’s applied for a liquor license. Council did not request a hearing on the application.

In the fiscal report, Denise Knecht reported the April financials was emailed to council members and then passed around a form for them to sign.

Knecht also announced that the biannual audit is nearly completed. She said that it will be a couple of weeks before they hear from the auditor’s office.
Next, the council approved of the paying of the bills. In the CRA Committee report, there were no items of business to be discussed. 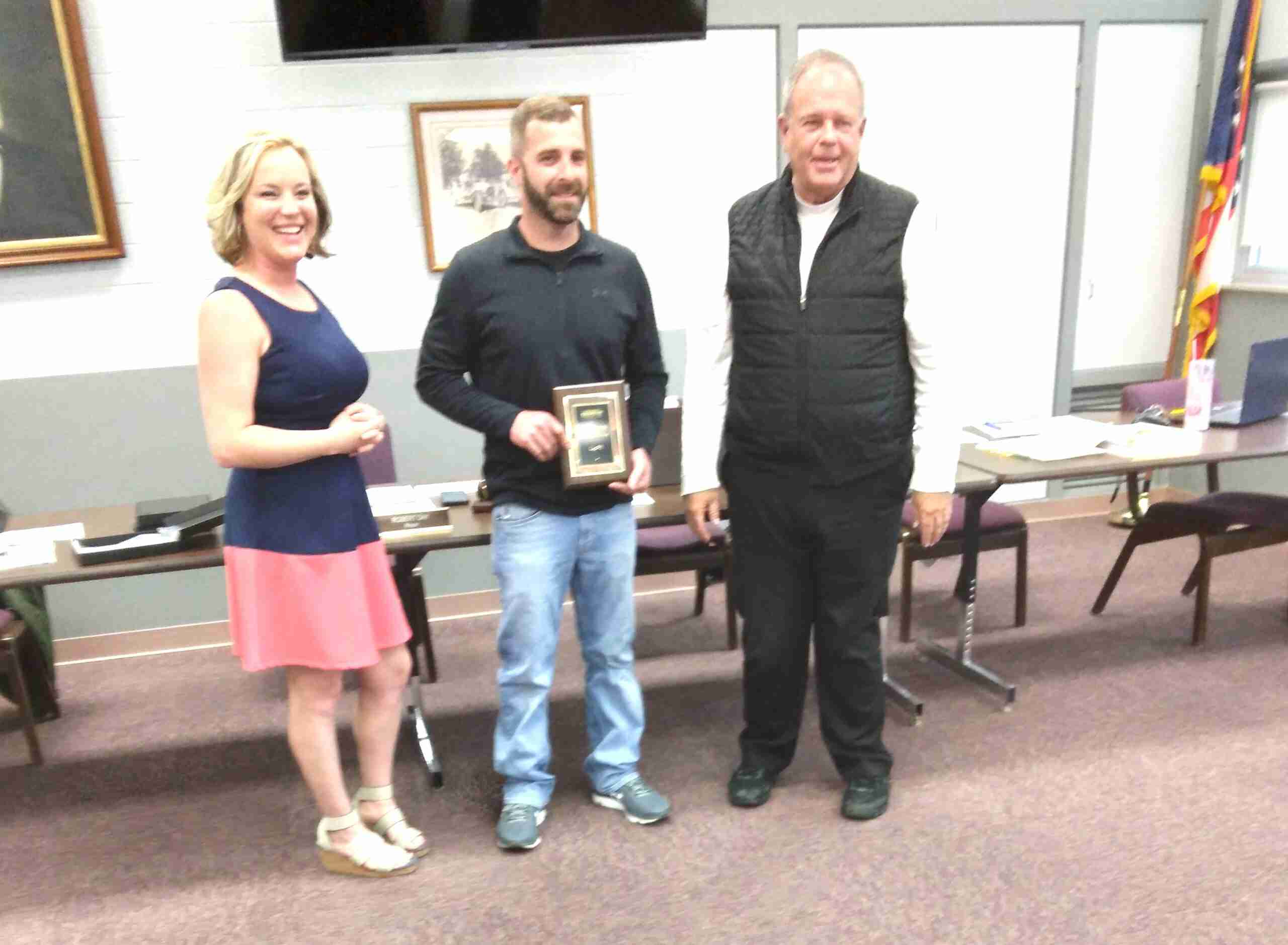 In the tree commission report, Becky Wilmont was brought on board as a new member. In addition, Stephanie Miller has a willingness to do teaching for tree commission members and is available to help plant trees.

Next, council approved of the reclassification of Yvonne Pierce to regular full time status.

Council then approved of a decrease in the contract price for GPD Engineering, a reduction of $8,000, for the 69V Relay Project.

That was followed by council approving of a $1,850 change in the contract price for the Poggemeyer Design Group for the Water Tower Project number two.

Next, council approved of a service agreement with Nelson Tank Engineering, regarding the water tower project number two.

That was followed by council approving Ordinance 1098, with a supplement to the 2022 annual appropriations.

The council then approved of the first reading for Ordinance 1099, regarding a village zoning code on East Morrison Street, moving a residence to general business.

Council then moved to executive session and after resuming the regular meeting, council approved a motion to move police chief Gary Plotts from probationary status to regular employee status. Also, Plotts’s salary will improve to $63,000. effective May 9. 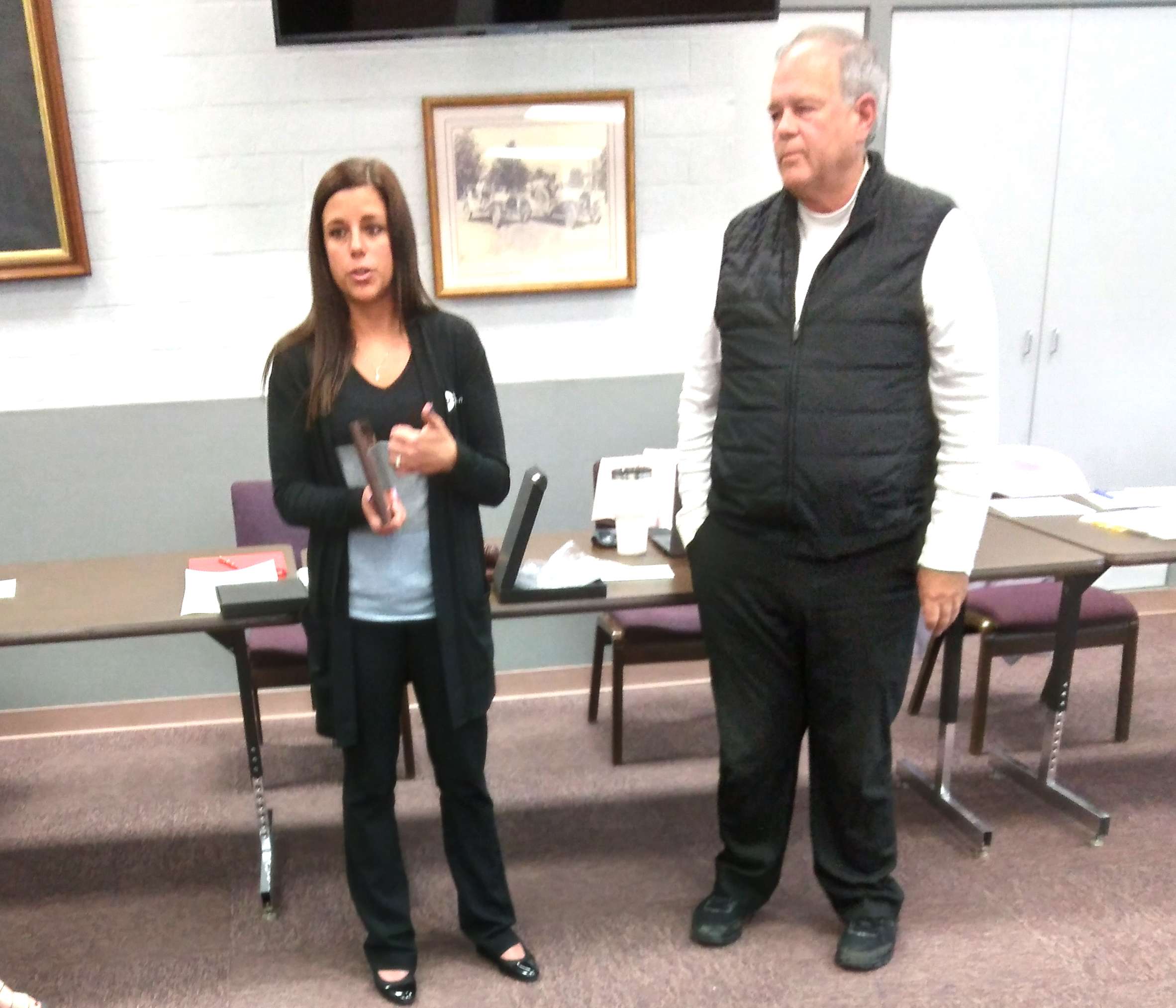 BUSINESS OF THE YEAR … Shelby Gillen received the award for State Bank, for Business of the Year.