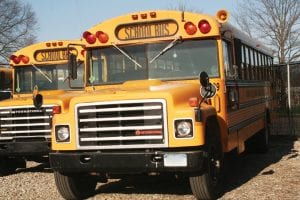 A West Unity resident is facing a Jan. 12 court date in Bryan for a misdemeanor charge of child endangerment.

The charge is in connection with a December incident in which a young child was left on a Bryan Public School bus Dec. 8, according to court records. The suspect is a 49-year-old woman (her name is not being released until she has been arraigned).

The complaint against the suspect was filed Jan. 5, one day after a summons was issued. The arraignment is set for 10:30 a.m. Jan. 12 at Bryan Municipal Court.

The grandfather of the boy expressed his concerns over the incident to the school board Dec. 22.

Brad Plummer said his grandson was left on the school bus rather than being escorted from the bus to preschool.  The family has concerns regarding how the system broke down which led to the incident.

Trustee Ryan Miller stated the Board would provide answers to the Plummers’ questions once the investigation was completed. Miller said he was very upset by the incident and “the safety of students is of the upmost importance.”