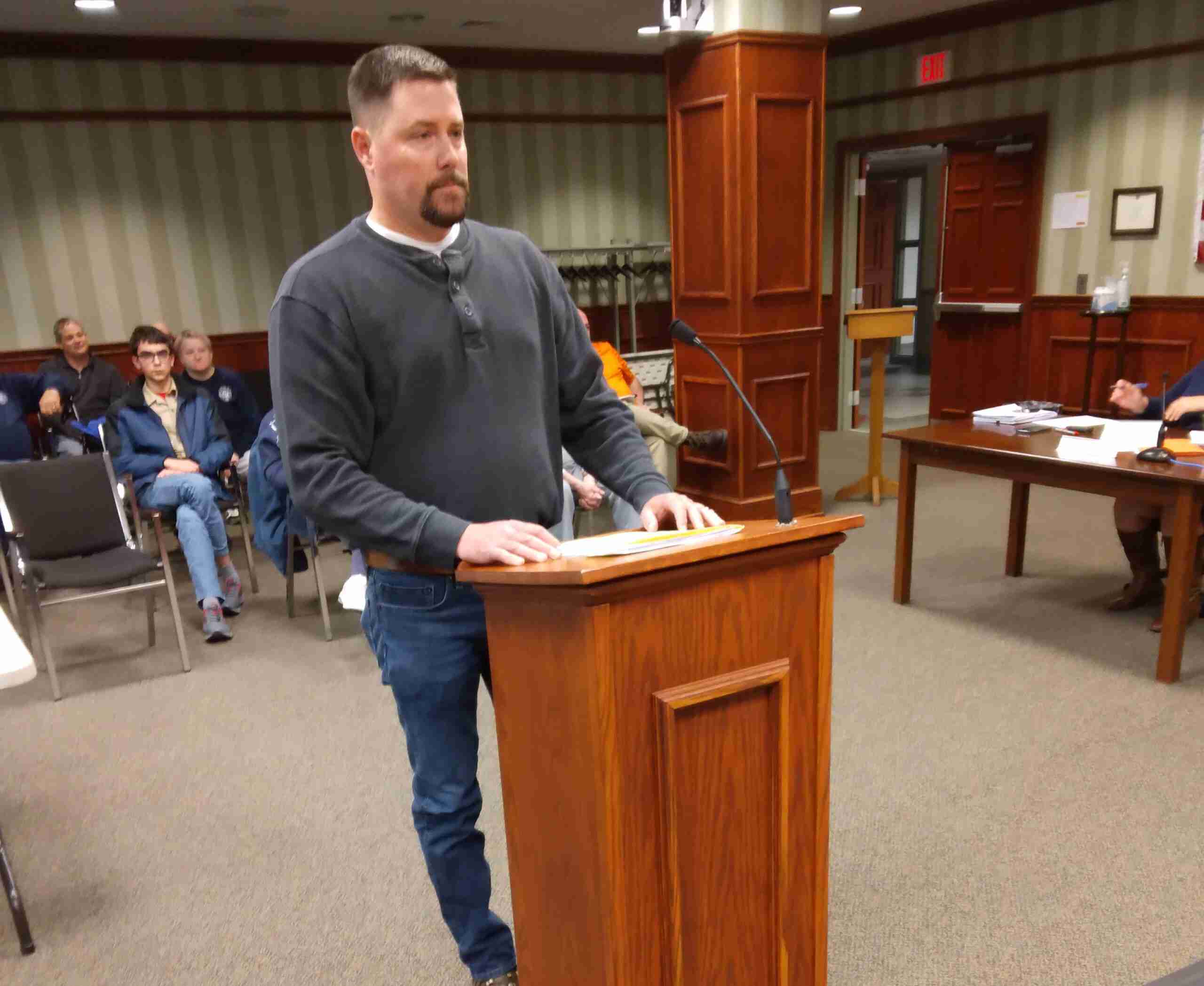 In the first order of business, the council approved of the April 4 city council meeting.

In areas of public concern, eight Bryan residents made comments. Mr. Fisher expressed concern that maybe there needed to be more “children at play” signs, because too many people have been speeding through the Union Place subdivision.

Mayor Carrie Schlade took down the information, Mr. Fisher’s phone number and stated that she would get back with him.

Seven different people spoke out about the council’s upcoming vote on changing the way garbage is being picked up. Six of them want to keep things the way they currently are and not to go with Republic.

Only one gave a positive review of Republic. The rest just didn’t want to change services from the current garbage pickup system.

With the public speaking completed, the council then approved of clerk-treasurer Laura Rode’s financial report.

That was followed by the council’s approval of Resolution 25, for the chief of police to acquire a chemical detection machine.

Next, council approved Resolution 26, to use the local fiscal recovery act.

Council then moved into executive session, to further discuss Ordinance 25, regarding a vote on whether or not to accept Republic Services for garbage pickup.

After resuming the regular meeting, council voted to approve Ordinance 25, to accept Republic Services for garbage pickup. Republic is slated to take over in July.

Next, council approved Ordinance 25 involving Gerken Paving and the Noble and Pleasantwood streets improvement project. Completion date on the project is mid-September.

Council then approved Ordinance 26, for improvement to the Amtrak station.

In council comments, John Betts thanked Dave Swanson, Amtrak, and the chief of police for his work and the people of the city for their concerns about switching garbage services.

Yahraus thanked the citizens and in reply about voting for Republic, “we are trying to do the best we can for the city of Bryan. This was not a spur of the moment thing.”

Hupe said that “trash pickup was costing the city a lot of money. It was a difficult decision. We made the best decision that we could come up with.” Leatherman thanked the citizens and that council made a hard decision.

Mayor Schlade said that the Republic decision was one that was addressed at several previous meetings. She said that a flyer will go out to citizens on how to move forward.

Schlade also stated that on Wednesday, April 20th a moon tree was dedicated in honor of Brandon Kreischer.