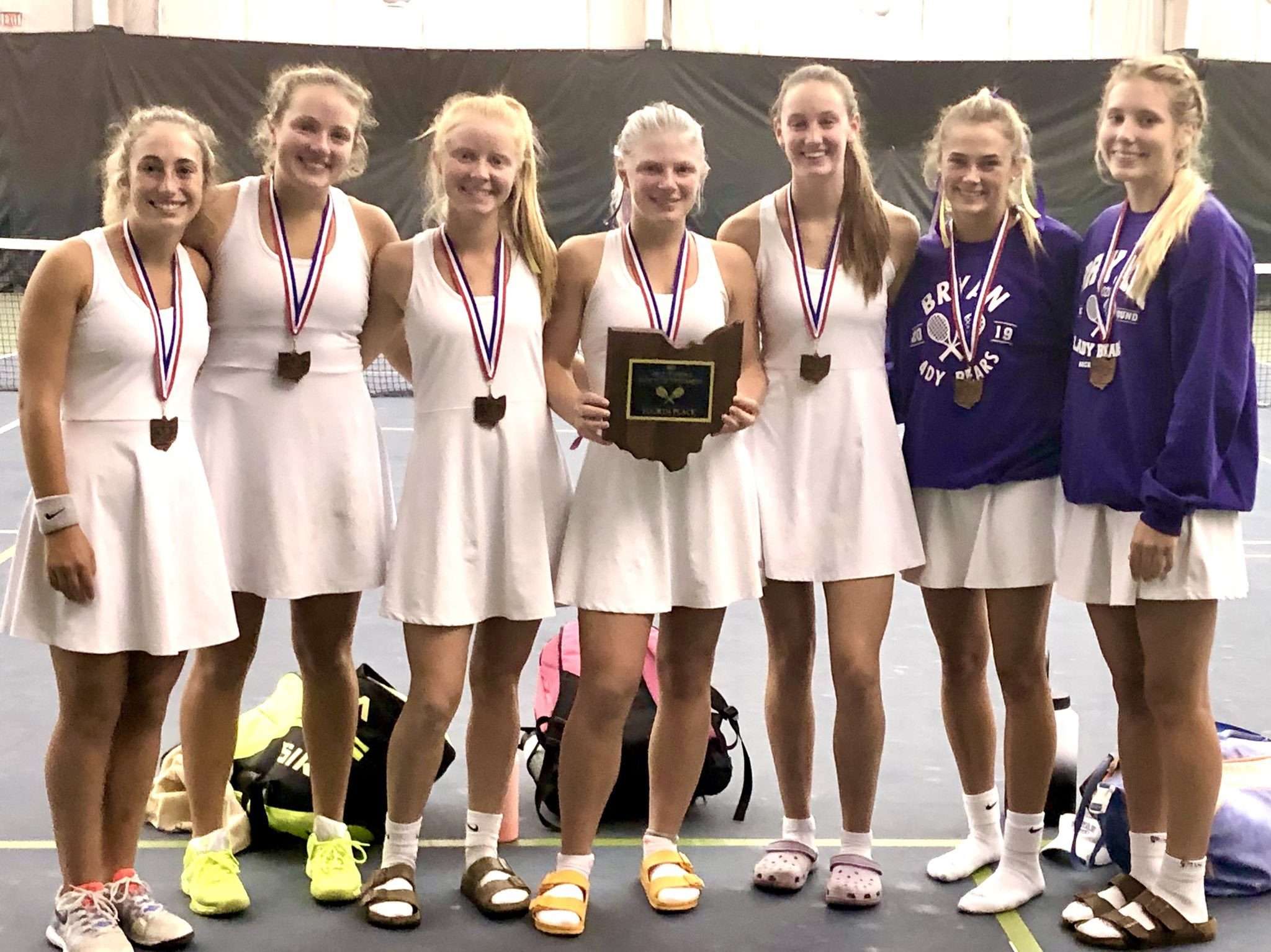 With a wealth of experience returning this season, Bryan girls tennis head coach Mitchell Owens knew his team was in a good position.

“This team had a ton of experience with five returning district qualifiers from last year plus we had two state qualifiers who were returning as well”, said Owens who has spent 21 years coaching girls and boys tennis at Bryan.

With eight seniors on the roster, Bryan rolled in the regular season by recording the first perfect regular season in school history and sporting a record of 24-0 heading to the OTCA Team State Tournament, their first appearance at state since 1997.

Bryan also made their ever appearance in the OTCA State Poll according to Owens, holding down the No. 8 spot. Bryan also won their second straight Northern Buckeye Tennis league title has all seven players medaled at the league tournament.

Not only did the Golden Bears enjoy team success but they also had plenty of individual accomplishments.

Bassett and Grothaus joined forces in doubles to become the first ever two-time state qualifiers in the history of the girls program.

“Our program is built upon handing down excellence both on and off the court”, said Owens. “There is an expectation set each year that the team has been handed the torch by their teammates who graduated of putting in the time and effort to improve both in-season and off-season to uphold the standards of the program.”

“It’s this expectation that has kept us performing at a high-level year after year”, he added.