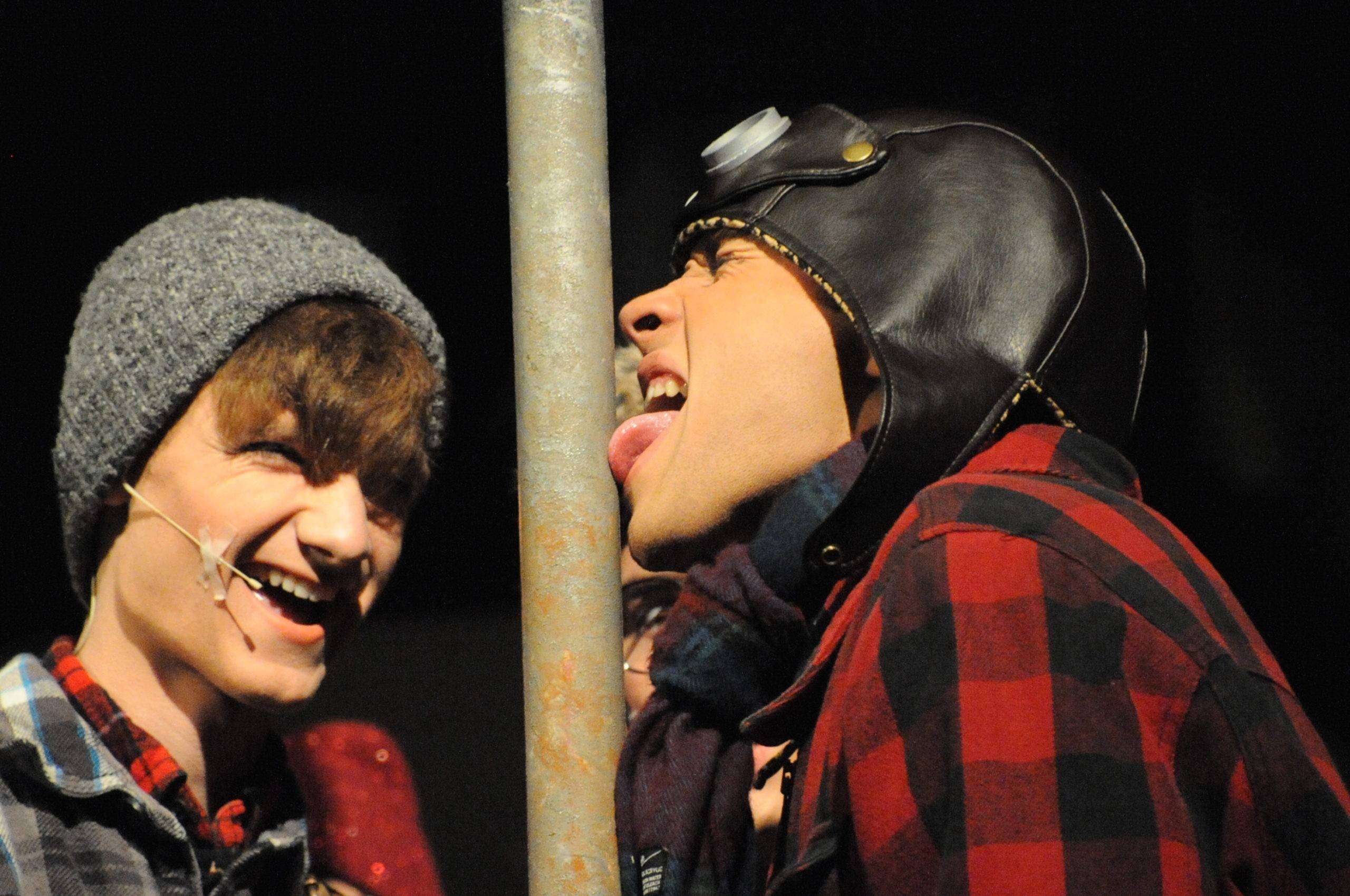 ‘Tis the season for all things Christmas; that includes the Bryan High School production of A Christmas Story. Directors Betsy Zuver and Heather Teegardin did not disappoint with the casting of students to portray this Christmas classic over the weekend. It’s not the TBS 24-hour special, but instead a 3-day celebration of tongue-sticking, eye-poking and dag-nabbiting catch-phrasing fun!

Set in a nostalgic 1960’s home setting in Indiana, Max Echardt plays the narrator as older Ralph Parker, that takes us through the journey of himself as a child Ralphie Parker played by Nolan Kuhn, seeking the most sought-after Christmas present: an official Red Ryder, carbine action, two-hundred shot range model air rifle!

Ralphie’s Mother and Old man played by Hannah Goodrich and Austin Manley are oblivious to the amount of mail that is showing up every day advertising the coveted gun sent by Ralphie in hopes they will get the hint. Randy, Ralphie’s younger brother, portrayed by Ethan Psurney, often keeps himself scarce hiding in the cupboards or behind the couch. 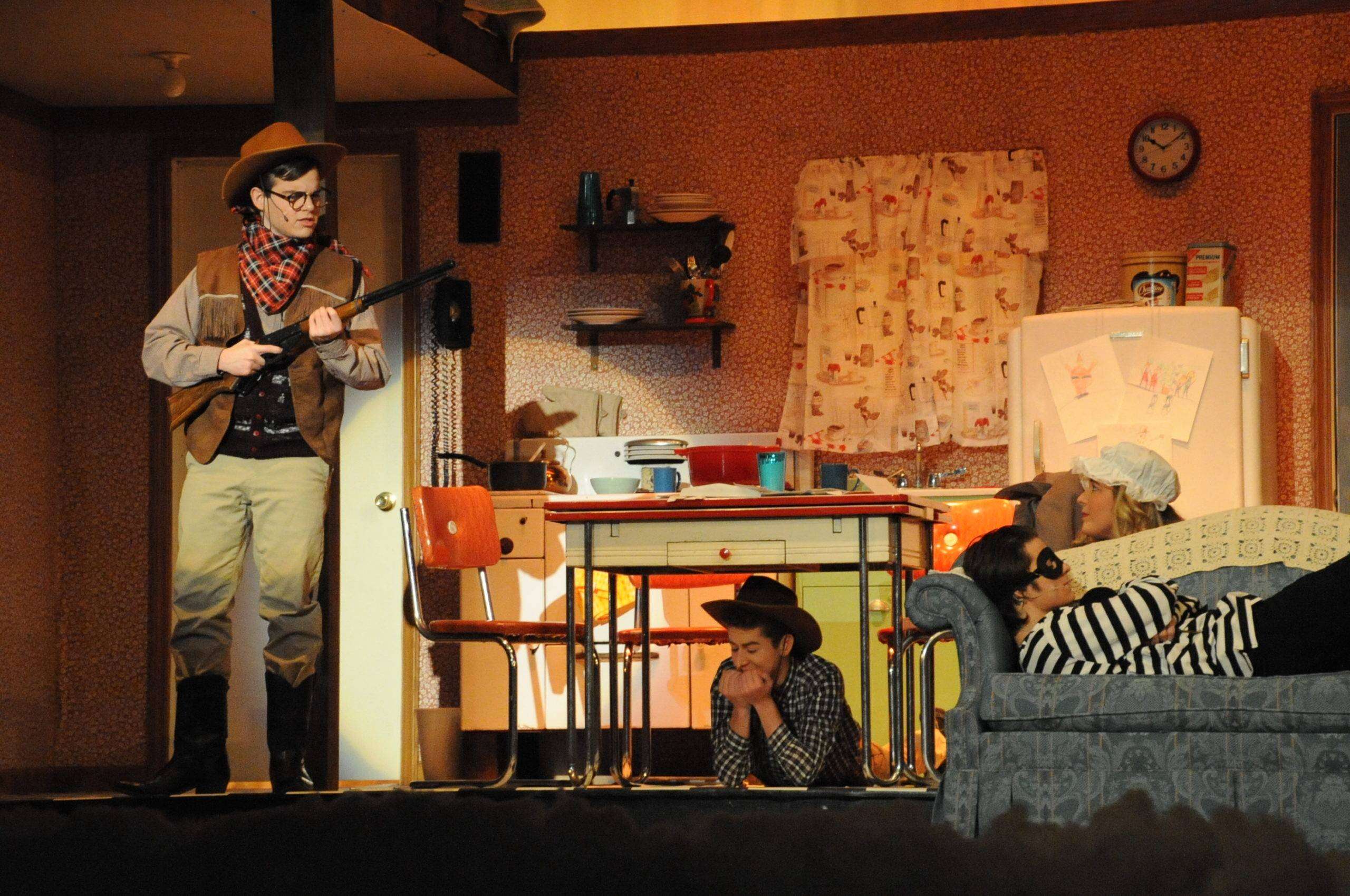 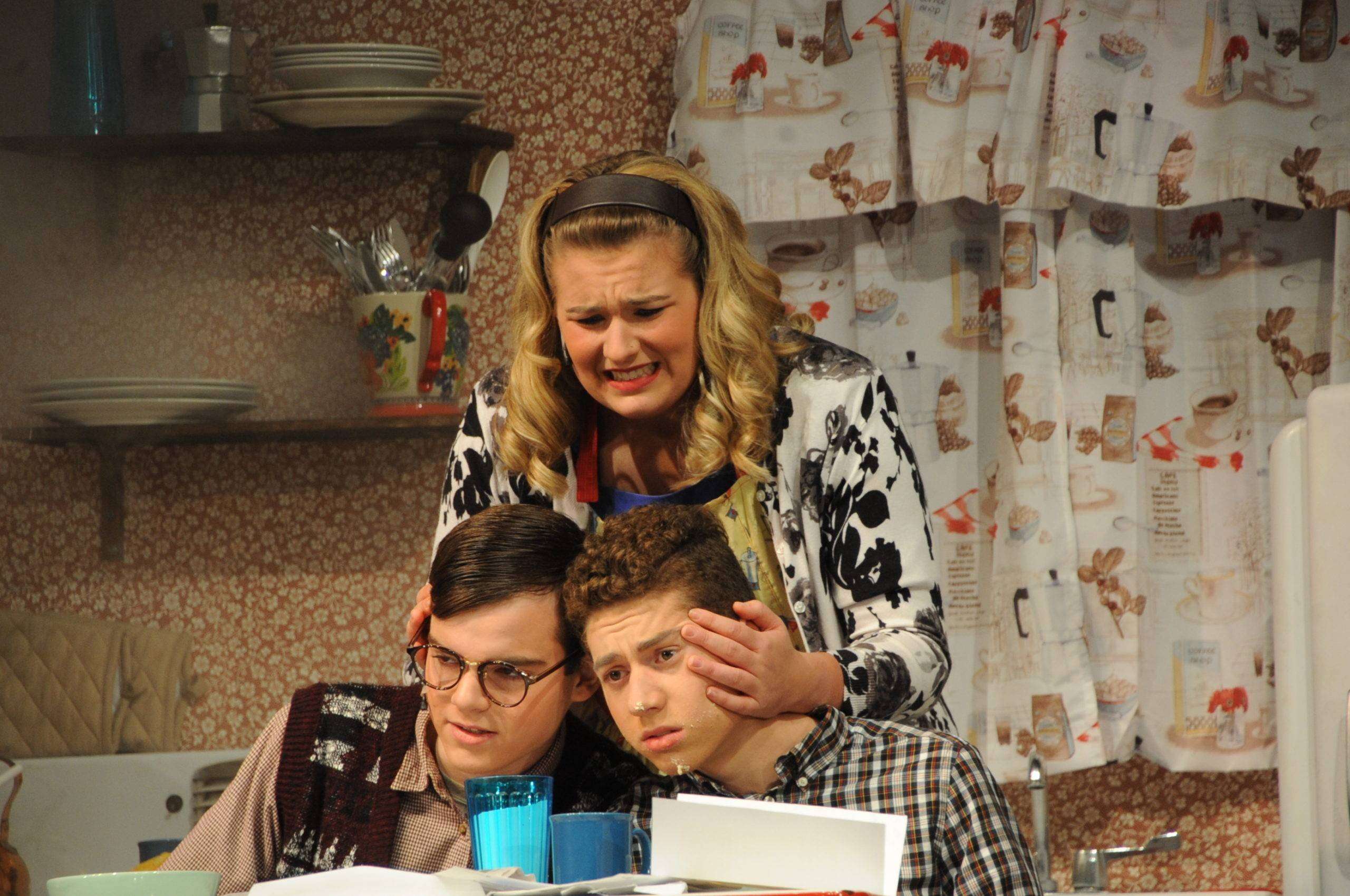 Angi may be reached at publisher@thevillagereporter.com