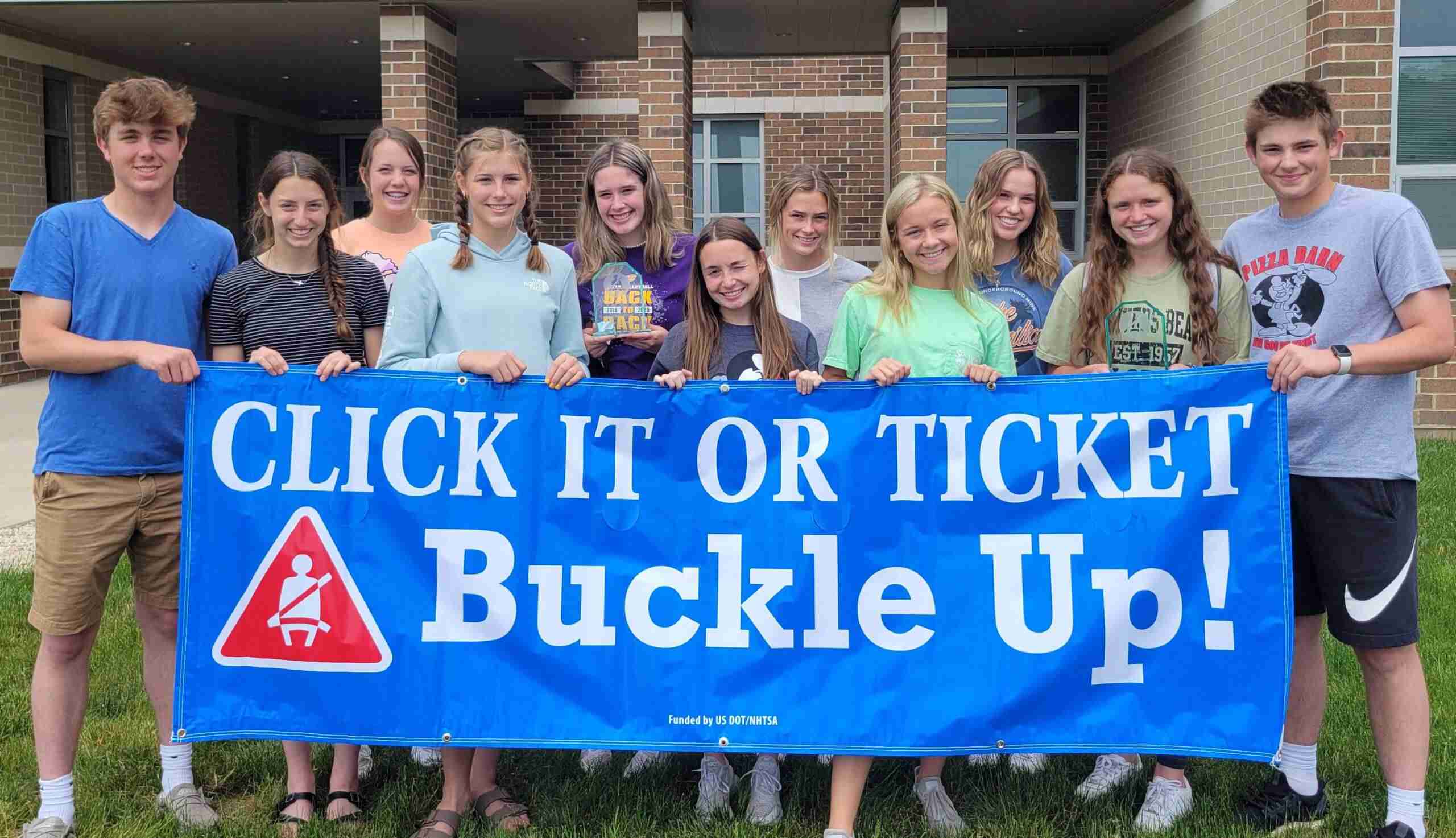 Congratulations to the 2021 Williams County “Buckle Up Bowl” winner! Bryan High School is a double winner with the “Highest Seat Belt Usage” with a final seat belt usage rate of 94.7 %, and the “Most Improved” with a beginning rate of 83.4 % and an ending rate of 94.7 %.

Williams County Safe Communities would like to thank all seven high schools for their participation in the Buckle Up Bowl 2021 competition.

The Buckle Up Bowl 2021 began March 1st due to a one-week weather delay with all seven high schools in Williams County participating. Through the leadership of each school’s student advisor, student groups from each school promoted seat belt usage in each of their schools during the contest.

Area businesses provided local support to the competition through donated gift certificates, coupons and other items that were used as seat belt use incentives for each school.

A pre-contest observational survey of seat belt was conducted in February by members of the Safe Communities Coalition.

The Buckle Up Bowl promotion lasted from March 1 to May 7, 2021 and concluded with a post-contest observational survey of seat belt use by the coalition.

The school with the highest average seatbelt usage and most improved seat belt use were then presented with an award trophy.

In Williams County the seat belt usage rate is at 89.7 percent. Nationally Seat belt use in 2019 reached 90.7 percent. Wearing a seat belt is the single most effective way to reduce fatalities and injuries in motor vehicle crashes.

Research has found that lap/shoulder seat belts, when used, reduce the risk of fatal injury to front-seat passenger car occupants by 45 percent and the risk of moderate-to-critical injury by 50 percent. National Highway Traffic Safety Administration

The goal is to save lives by getting everyone to buckle up. Buckle Up Bowl 2021 and the Click It or Ticket campaign work together to promote the life-saving benefit of wearing a seat belt.