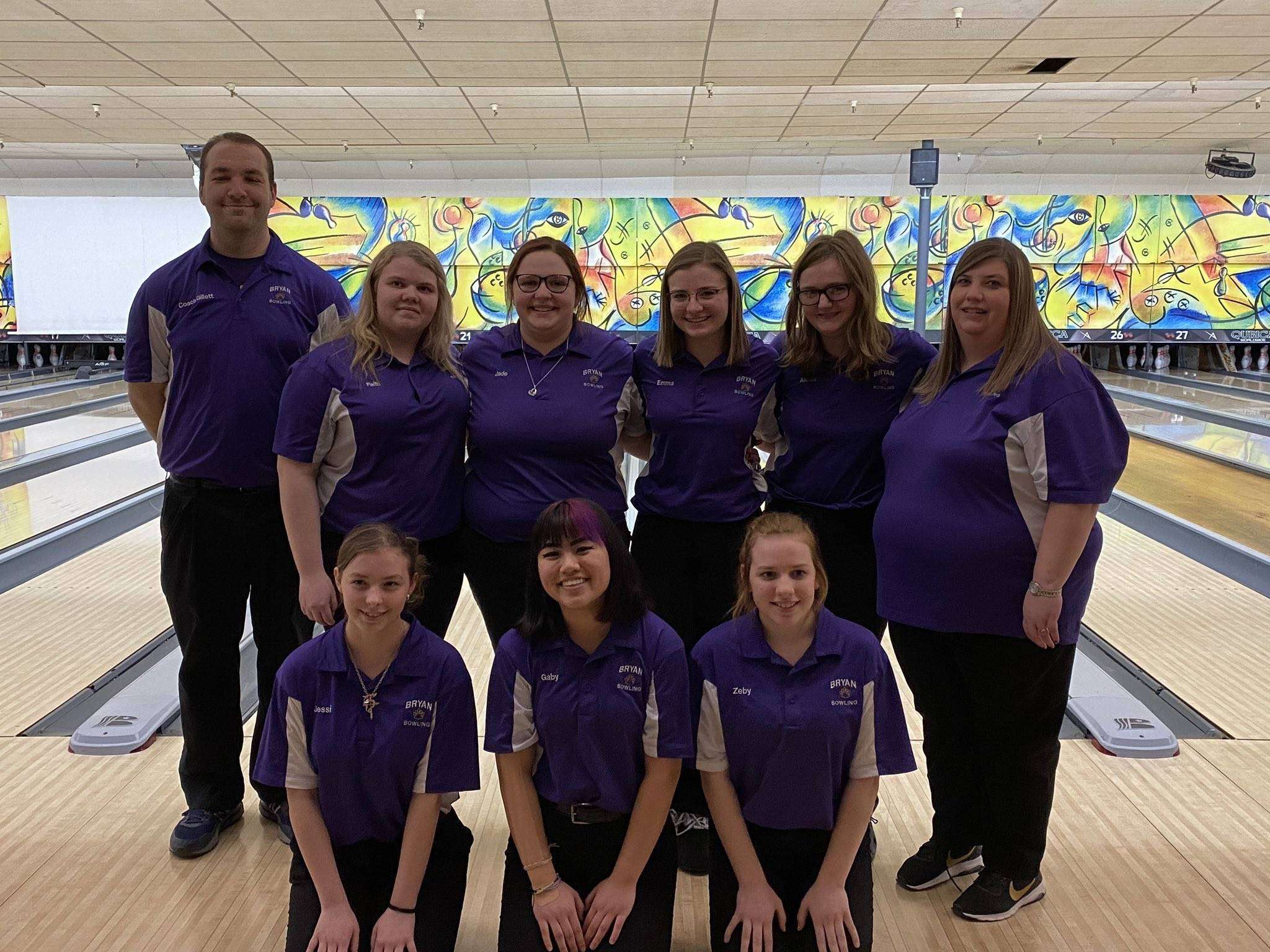 LIMA—Bryan was able to hold off Napoleon for third place last Friday in the Division II District Tournament at Lima to earn another trip to the state tournament in Columbus.

Bryan found themselves in ninth place after the opening game of match play but came storming back with a 911 in game 2 and then a 902 in game three to give them a 2612 entering Baker play with Napoleon close behind at 2599.

Napoleon started strong in the Baker games with a 198 and then a 220 on their way to a 1114 but Bryan responded with a 243 in the 5th Baker game and finished with a 1117 in Baker play to edge the Lady Wildcats by 16 total pins to take the final spot to qualify for State.

Faith Harding led Bryan with a 593 series to tie for sixth individually and earn herself a spot on the All-Tournament team.

Delta freshman Ciarra Flickinger placed 44th by rolling a 458 series and Michaela Baker of Evergreen was 39th with a 467.

In the boy’s tournament on Saturday, Cory Waugh from Delta earned a 25th place finish by firing a 574 and Wauseon’s Chance Buehrer came home in 48th with a 515.