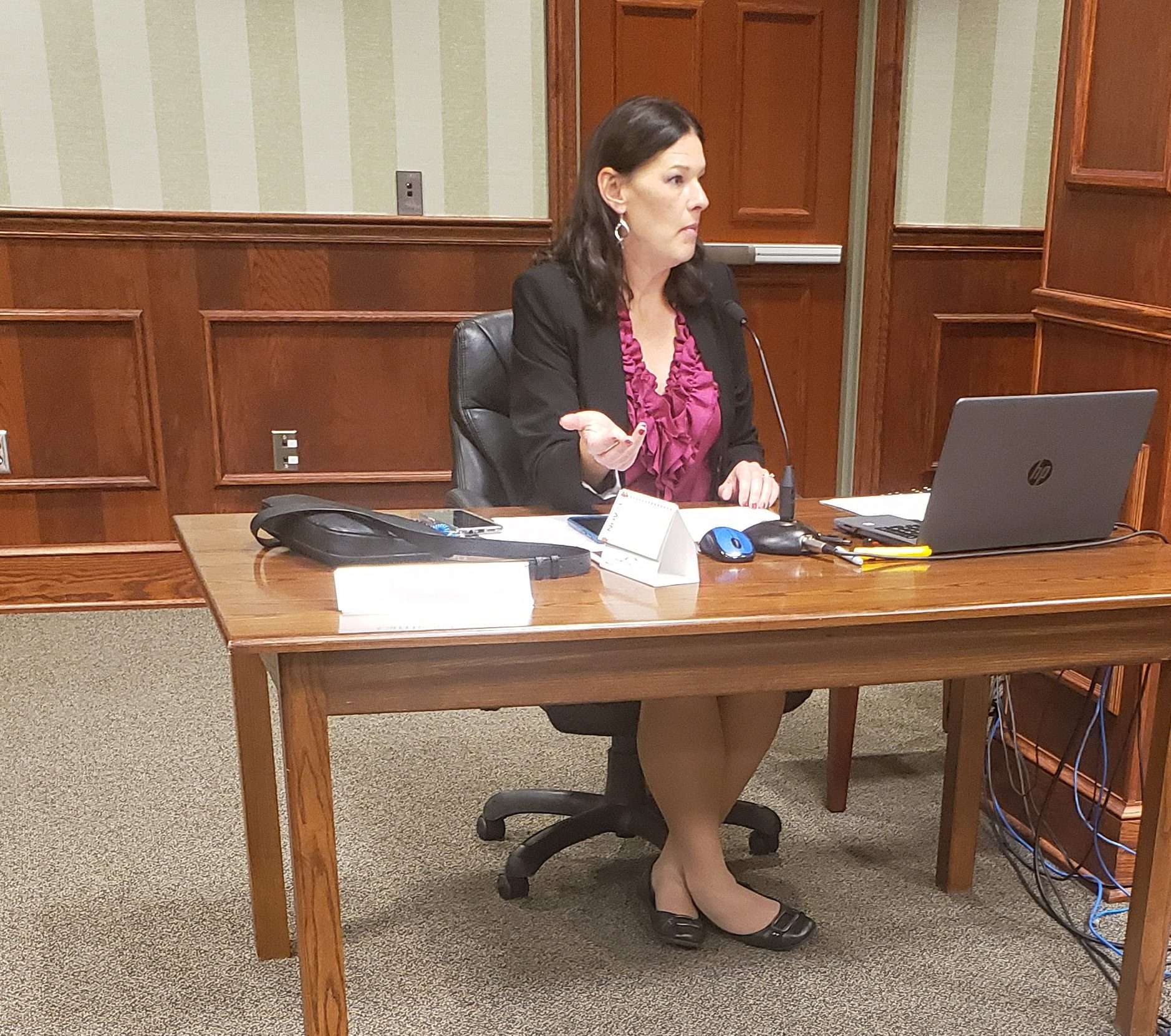 POLICE DEPARTMENT CHANGES … Bryan Mayor Carrie Schlade announced that police chief Chris Chapa had been demoted to patrolman and placed on probation for 12 months. In addition, in the interim, Greg Ruskey will serve as police chief. (PHOTO BY DANIEL COOLEY, STAFF)

Next, according to the November 1st agenda, the “ordinance providing for the transfer of funds for the city of Bryan, for the month ending November 30”, was unanimously approved.

That was followed by approval of the first reading of the designated outdoor refreshment area (DORA). Bryan mayor Carrie Schlade and city clerk-treasurer Laura Rode plan to meet with commissioners of DORA to further discuss the matter.

Next, an ordinance authorizing for a change order, a decrease in cost of $11,217 on the ‘pavement marking program, was approved. Next on the agenda, unanimous approval was given for a building permit for Biggby Coffee.

That was followed by unanimous approval on Mayor Schlade’s request to post for the fire chief position, which will be vacant after December 31.

City engineer Brian Wieland then announced that the state had given an approval of $2.1 million. It will be used for sewer repairs for an area west of Avenue B to John Street and north of Oakwood.

Next, after a short executive meeting, Mayor Schlade announced that, pending approval from the board, police chief Chris Chapa has been demoted to patrolman and placed on probation for 12 months.

“Although the felony charge against Chief Chapa was dropped and ruled unfounded, the overall (actions) are outside of how management should behave,” Schlade said. “I hope that the city can work on trust and I’m asking Greg Ruskey to serve as police chief (on an interim basis).” The demotion met with unanimous approval, as did Ruskey’s move to police chief.

Betts, who was running unopposed in the voting, discussed how he has no problem with people running against him and welcomed competition. He also thanked “Stark Weather for their investment in Bryan.”

Yahraus gave thanks to the Parks Department for the Halloween Party and Hupe gave thanks to Brian (Wieland) for negotiating to get approval for the $2.1 million for sewer improvements.

Kozumplik and Leatherman both announced that on November 7 at 6:30 a.m., there will be a gathering to decorate the square for the Christmas season. and that any help would be appreciated.
The meeting was then adjourned by unanimous approval.