BRYAN SCHOOL BOARD: Board Appoints Caleb Turnbull As Fifth Member 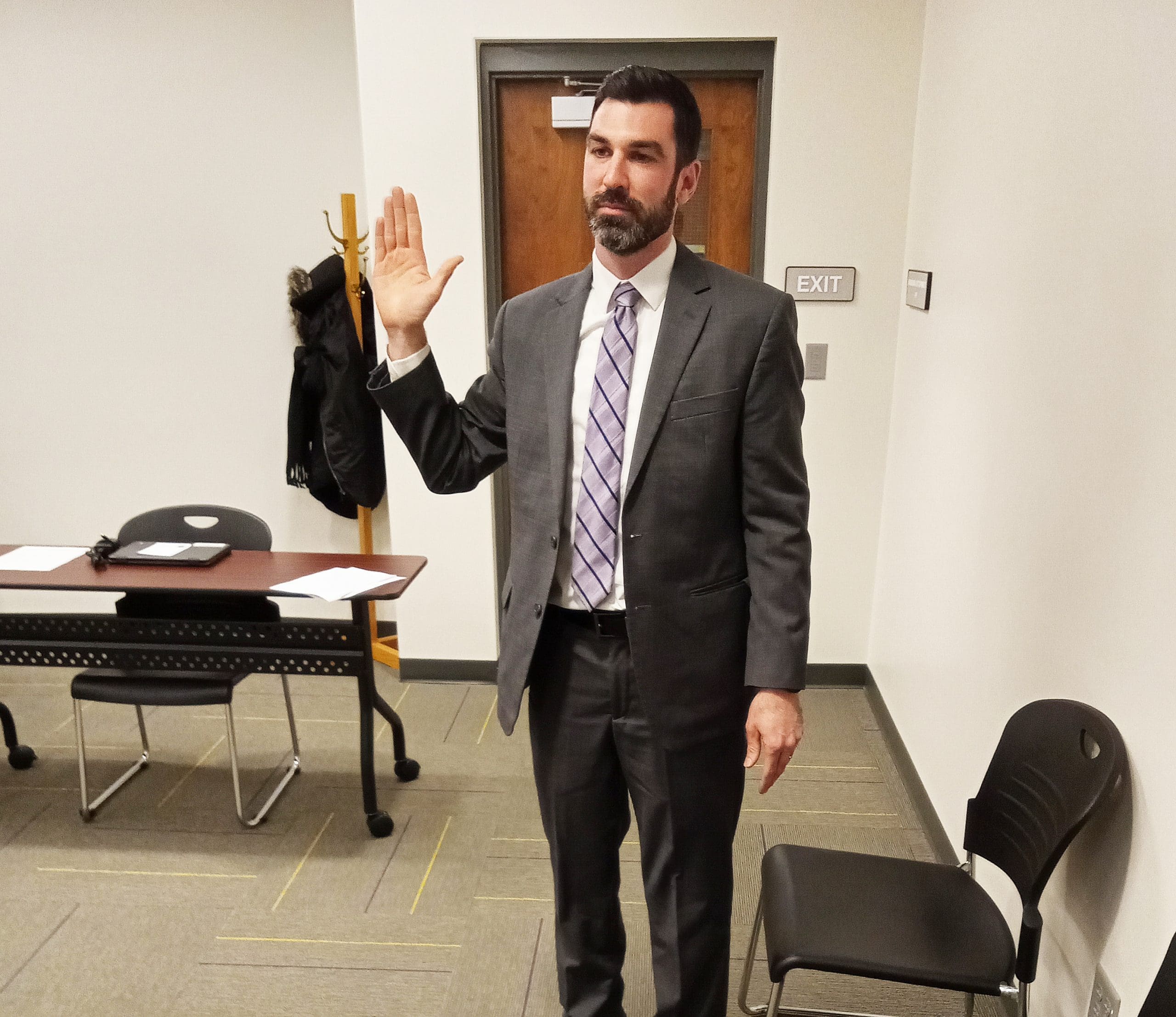 The Bryan City School Board meeting began on January 9, with an organizational meeting. The meeting was held at the Field House Conference Room, instead of at the usual Bryan Elementary Commons.

This meeting began with the Pledge of Allegiance, followed by roll call. All four board members, Scott Benedict, Ben Camarillo, Debra Opdycke and Dustin Schlachter, were present.

Next, the board agreed to the regular meeting schedule for 2023. The meetings will take place on the second Monday of each month at the Bryan Elementary Commons, at 6 p.m.

Here are the following exceptions to those dates: May 15; July 17; August 21 and November 6. The November 11 meeting, though it will be held on the second Monday, will take place at the Field House Conference Room.

The board then approved the establishment of a service fund of $20,000 FOR 2023, for school board expenses.

The board then voted to adjourn the organizational meeting.

Since the Pledge of Allegiance had already taken place, the regular meeting began with roll call. All four board members, Benedict, Camarillo, Opdycke and Schlachter, were in attendance.

Since a fifth board member, Mike Stockman, had already resigned, the board approved the appointment of new board member Caleb Turnbull. Turnbull was then sworn in.

Turnbull was able to vote on all the measures for the remainder of the regular meeting.

Benedict thanked Schlachter for serving as board president this past year and thanked Stockman for his service. Schlachter said that Stockman was a good model.

Next, the board members approved of both the meeting minutes from the December 12 regular meeting and the December 21 special meeting.

Camarillo then gave the Four County Report. Camarillo reported that Jeff Slattery has taken over as the new superintendent, replacing the retired Tim Meister.

Camarillo stated that the student council members have been appointed, including Kaci Alspaugh and Mandy Hoover, from Bryan.

Counselors took a tour and saw in-lab demonstrations, with Alspaugh as the tour guide.

Next, Bryan superintendent Mark Rairigh stated that January is School Board Recognition Month. Rairigh then passed out certificates of thanks to each board member.

The board then approved of student Hannah Fletcher, who has met all the requirements for an early graduation.

That was followed by the board approving of seven personnel recommendations: Jon Ely, moving from part time to full-time, in the area of in school suspension and after school detention monitor; new hire Joslin Miller in 6-12 food service; the hiring of Sarah Thiel as varsity girls soccer coach, removing her interim status; Eric Ruffer as the event coordinator; approval of classified substitutes; the retirement of Jean Kovarik Will, intervention specialist, effective May 31; Sherry Fujka, library aide, effective March 16 and the resignation of paraprofessional Jonell Combs, effective December 23, 2022.

The next board meeting date will be February 13, at 6 p.m., at the Bryan Elementary Commons.

The board then moved into executive session before adjourning.