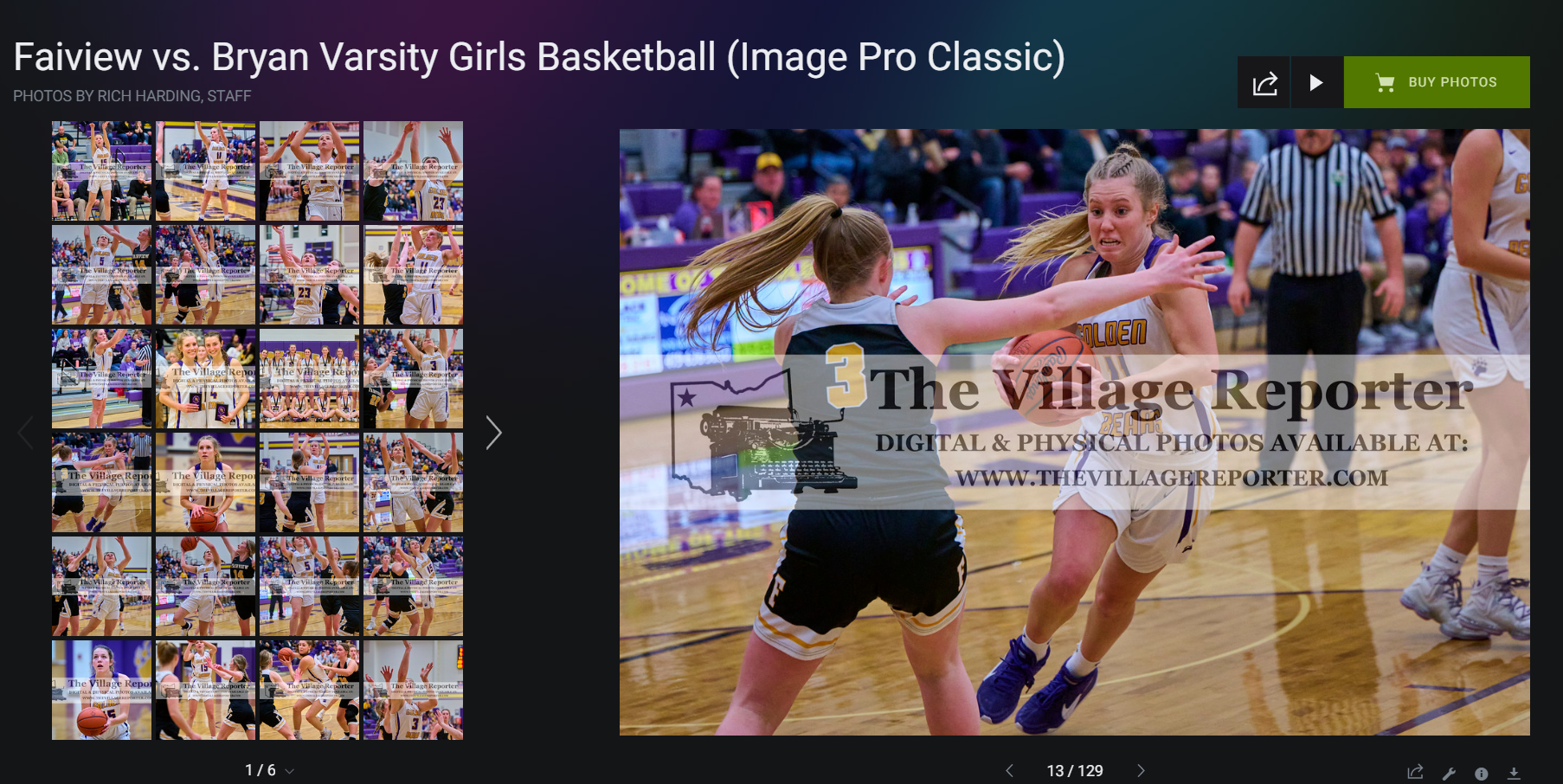 BRYAN – The championship game of the Image Pro Holiday Classic in Bryan featured one of the best matchups in the area so far this season as Bryan took on Fairview.

A fast start by the Golden Bears staked them to an early double-digit and Bryan was able to hold off several challenges from the Apaches for a 60-52 win and their fourth straight holiday classic title.

A Kailee Thiel bucket for Bryan broke an early 8-8 tie and began a 12-0 run by Bryan.

Thiel added another score, Anna Gray had back-to-back hoops, and Ella Rau knocked down a three ball to push the lead to 20-8.

Fairview’s Kelly Crites stopped the run by Bryan with a pair of free throws to end the first frame and make it a 20-10 game.

The Golden Bears ended the first quarter 8/16 (50%) from the floor including two triples.

The game of runs continued in the second with Bryan getting baskets from Blayze Langenderfer, Marah Smith, and another one from Thiel to make it 26-14 after the Apaches had scored the first four points of the quarter.

Fairview answered back with a 6-0 spurt to grab some momentum as they closed the deficit to 26-20 at halftime.

Smith opened the third quarter for Bryan with a trey to make it 29-20 before the Apaches would put together a 9-0 surge to tie the game, ending with a conventional three-point play by Allison Rhodes

It was then Bryan’s turn to answer as Reese Grothaus drilled a triple from the top of the key to put the Golden Bears back on top as 32-29.

It would be a 12-2 run by Bryan to end the frame as Ella Voight hit a three-pointer from the right corner and Grothaus later added another make from deep as Bryan led 41-31 entering the final stanza.

Bryan continued to increase the lead in the fourth with Voight getting a bucket and a foul on a back door play and Grothaus drilled a corner trey after on an offensive rebound to make it 51-34.

Fairview (9-3) tried to claw their back at the foul line by going 9/13 in the quarter, but Bryan was 8/13 to main a double-digit lead for most of the fourth quarter.

Grothaus paced a balanced scoring attack for Bryan (9-1) with 15, Voight add 12, while Smith and Thiel tallied 10.

Crites had 15 to lead Fairview and Rhodes added 14.