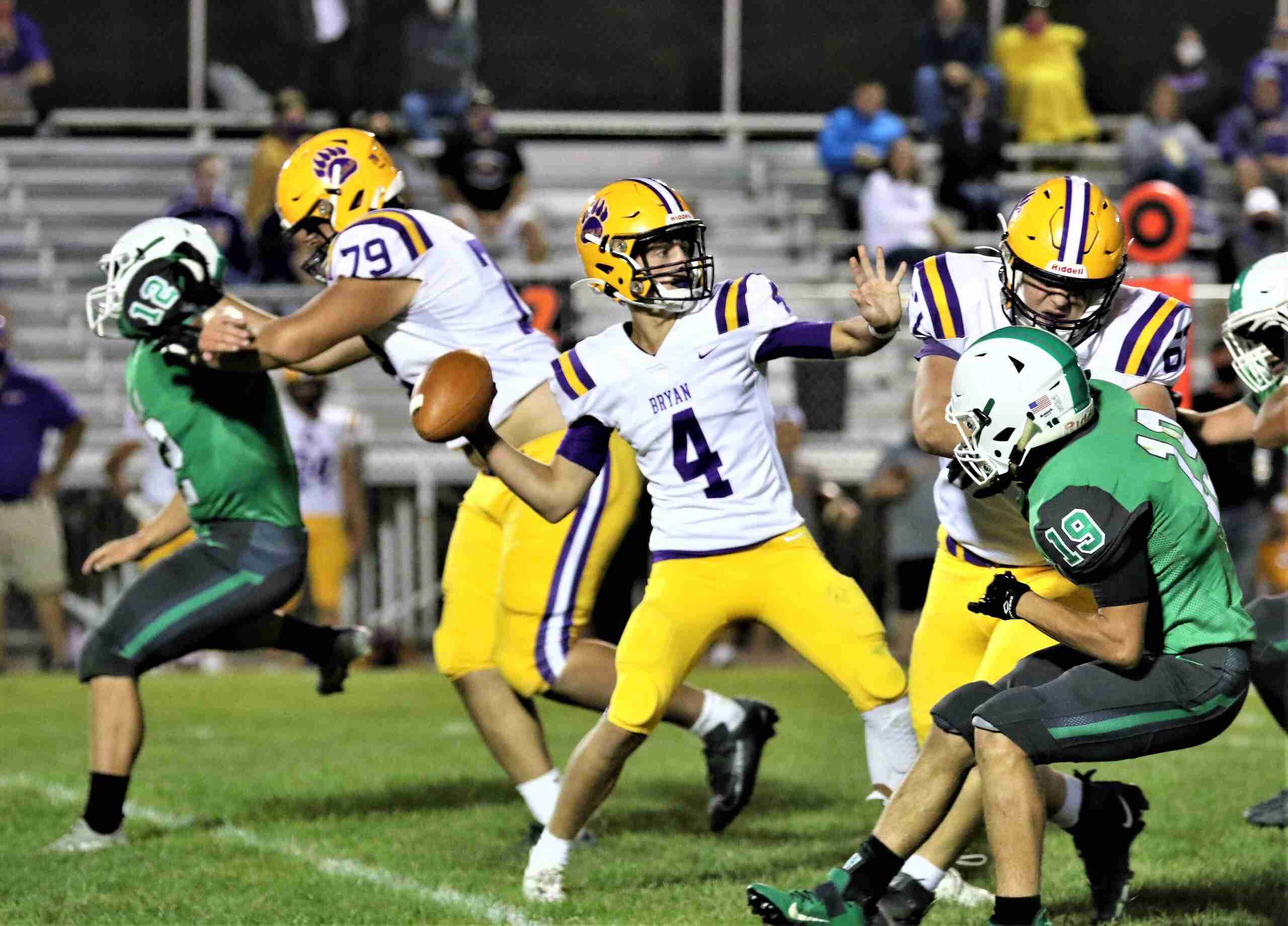 GOING DEEP … Bryan senior quarterback Ethan Wasson airs out a pass in the second half of the Golden Bears 14-3 win over Delta. VIEW 401 PHOTOS OF THIS CONTEST ONLINE FOR FREE AT WWW.THEVILLAGEREPORTER. COM. (PHOTOS BY BILL O’CONNELL, STAFF)

DELTA –Bryan leaned on their defense and they responded with three interceptions, all coming from Jaylin Damron, to pull out a 14-3 NWOAL win. The Panthers took advantage of an early Bryan miscue and were able to convert it into a 31-yard field goal from Austin Kohlhofer to take a 3-0 lead.

The Bryan offense turned in the biggest play from either team’s offense in the second quarter when Ethan Wasson went 84-yards for a touchdown to Caleb Kepler to put the Golden Bears ahead 7-3. That remained the score until the fourth quarter when Damron stepped in front of a pass by Delta quarterback James Ruple and returned it 21 yards for a touchdown to seal the win.

Wasson ended the game 8/19 for 117 yards, one touchdown, one interception and Kepler finished with three catches for 90 yards. Josh Tresnan-Reighard led the Delta attack with 55 yards rushing on 20 attempts and Ruple was 6/14 passing for 59 yards and two interceptions.