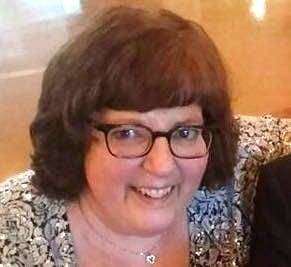 Carol was a 1978 graduate of Swanton High School. Later she attended Geneva College in Beaver Falls, PA; where she received her Bachelor’s Degree in Biology. On September 12, 1992 she married Terry Barringer and they shared twenty-four cherished years together. Carol was a homemaker for her family and very active in her church, Shiloh Christian Union; where she was treasurer for the mission board and served on a mission trip to Zambia Africa in 2003. Carol was also very active with the church nursery and a volunteer with Toledo Christian Schools.

In addition to her husband, Terry and parents, Jay and Helen Smith; she is survived by her children, Alex Barringer of Grand Rapids, MI, Greg (Megan) Barringer of Delta, Isaac (Alexandra) Barringer of Pemberville, OH and Jackie Barringer of Lima; sister, Darla (Jeff) Miller of Fremont and many loving cousins, nieces, nephews and friends.

Arrangements are entrusted with Barnes Funeral Chapel, 5825 St. Hwy. 109 in Delta. Online condolences may be sent to the family through our website at www.barnesfuneralchapel.com