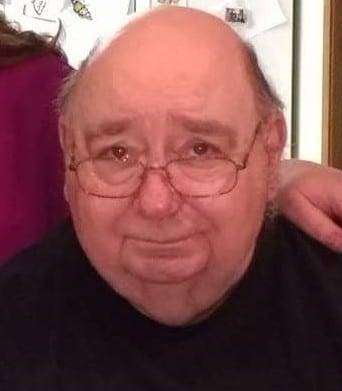 Gerald was born March 19, 1942 in San Diego, California, the son of the late Charles and Betty (Kent) VanHoozer.

He was a 1960 graduate of Helix High School, near San Diego. Gerald served our country in the United States Navy from 1959 – 1961. He then served in the United State Air Force from 1961 – 1969. Gerald then served in the Minnesota Air National Guard from 1984 – 1996, retiring with the rank of Chief Master Sergeant. In addition to his Military Service, Gerald had worked as a Laborer for the Conwed Corporation, and as a bus driver for Voyager Bus Company in Duluth, Minnesota. Gerald married Catherine K. Jedlicka on June 21, 1969, and she survives. Gerald enjoyed collecting model cars, going to car shows. He was an avid follower of NASCAR and football.

Surviving is his wife, Catherine of Bryan, Ohio; two daughters, Jennifer Japs and her fiancée, Matthew Daggett of Bryan and Yvonne West of Hibbing, Minnesota; one granddaughter, Jolene VanAnda; three sisters, Judy (Sam) Myers, Bonnie and Donna. He was preceded in death by his parents and one son, Jeffrey Japs.

There will not be any visitation or services. Interment will take place in his home state of Minnesota. Arrangements are under the care of Oberlin-Turnbull Funeral Home, 206 North Lynn Street, Bryan, Ohio.

You can send your condolences or share your memories with the family by visiting Gerald’s obituary page at www.oberlinturnbull.com