Note – This news story is a free sample from past newspaper editions. Like what you are reading and want news in a timely manner? Please support our family owned, locally operated newspaper by (subscribing today). 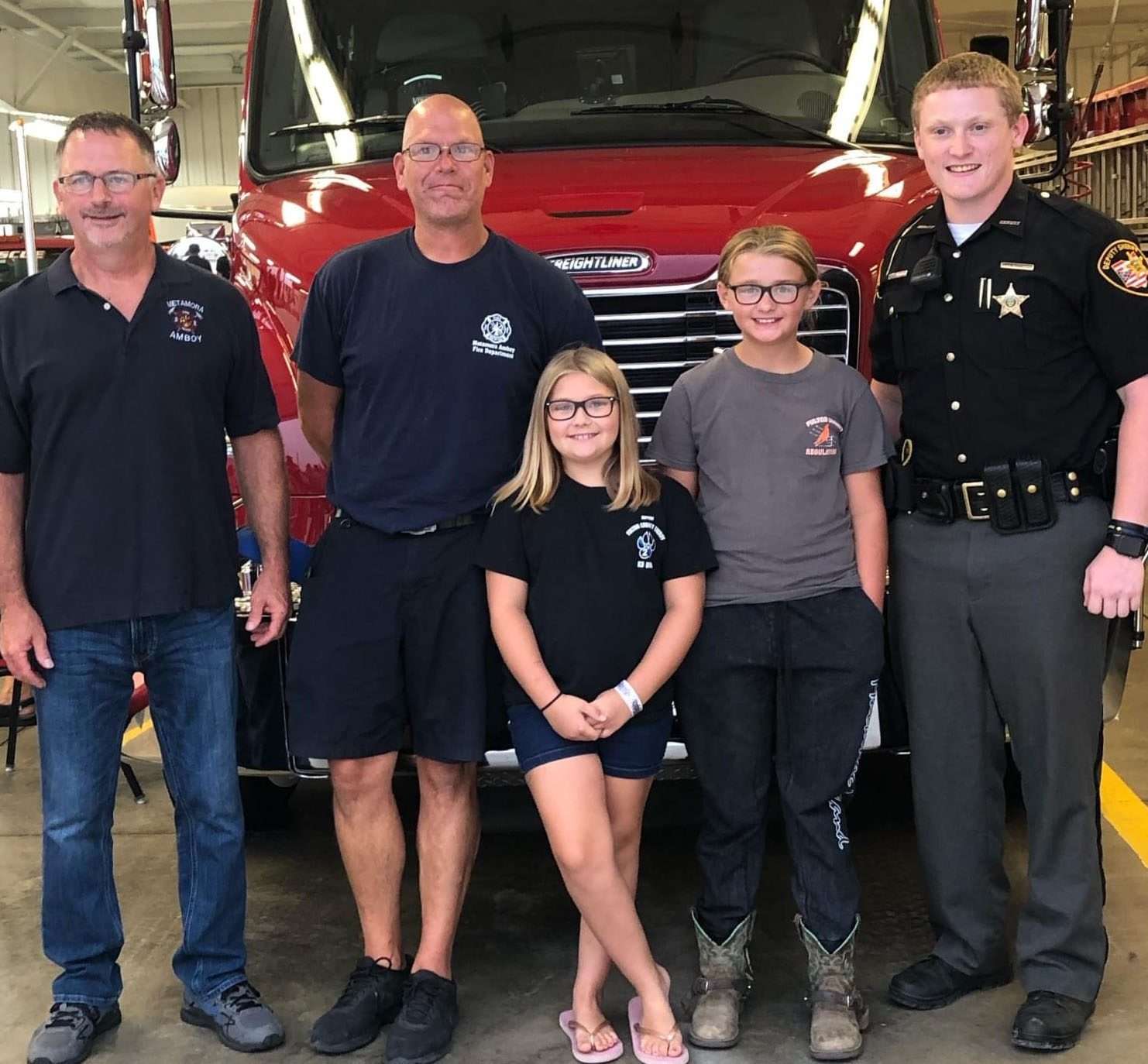 HONOR WHERE HONOR IS DUE … On August 10, 2020, at the Metamora Fire Department, Fulton County Deputy Noah Eisel presented two young girls with a Civilian Award Certificate for their willingness to help, and their quick thinking in a time of need for another. Seen here from left to right are Metamora Fire Chief Ray Kelble, Metamora fighter Chad Jendrzejak, Brailynn Demoulin, Sierra Lauharn and Deputy Eisel. The Civilian Award Certificate was given “in recognition of a commendable contribution to the community.” (PHOTO PROVIDED)

On August 10th, 2020, two ten-year old girls who live in the tiny town of Assumption, Ohio in Fulton County, were recognized and presented with a Civilian Award Certificate for their part in a rescue effort. It all happened on June 23, 2020.

Staci Miller, the mother of one of the girls, was asked by a neighbor if she had seen a little boy walk by her house. When Miller said that she had not, the lady shared her concern as she did not know him and had not seen where he went.

Staci told her daughter Brailynn and Brailynn’s friend Sierra Lauharn to be on the lookout for him, but the girls took it a step further and ran to check a nearby pond in the neighborhood.
When they got there, a small boy was in the pond and having trouble keeping his head above water. The girls ran and got Staci who dashed to the pond along with a neighbor’s grandson, Jordan Ewing.

Staci ran into the water and rescued the little boy, who was ok physically, but was emotionally and verbally non-responsive. They found out later that he was autistic and had wandered off from his home.

As people had heard the commotion, someone who works at the school arrived and identified the child, so they were able to contact his father. The Metamora Fire Department responded to the call and the little boy was taken to the hospital for evaluation.