D3 Automotive In Pettisville Called A Complete Loss After Fire 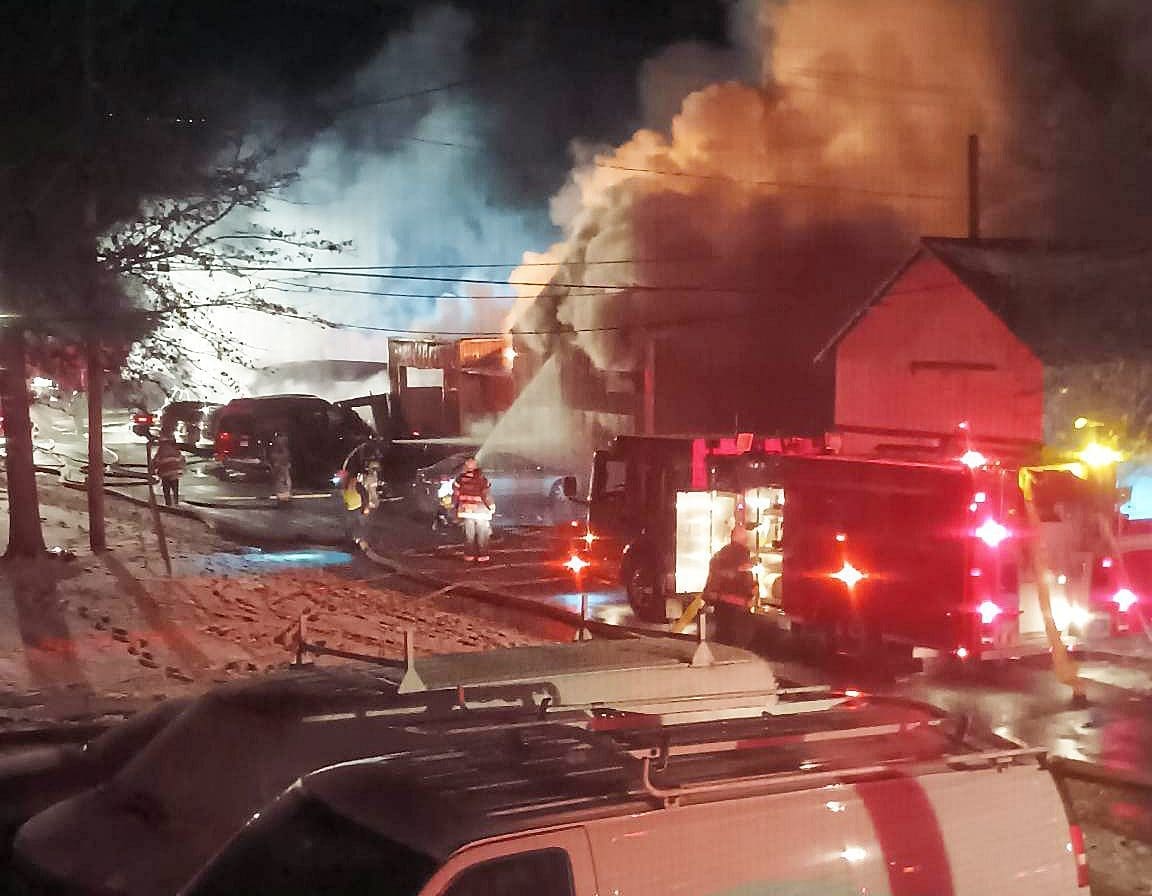 D3 Automotive LLC in Pettisville is considered a complete loss after a fire gripped hold of the property during the early morning hours of Wednesday, December 28th.

According to the Archbold Fire Department, the department was dispatched to 152 Summit Street in Pettisville at 1:10 a.m.

Upon the fire chief’s arrival, the building was already fully involved and several exposures on nearby properties were noticed.

Responding units immediately began to apply water to the fire as well as a nearby house, garage, and two sheds.

It quickly became apparent that water supply would become an issue, so numerous other departments were called to provide tender support in order to ensure a continuous supply of water.

D3 Automotive, as well as the apartment building above the business, were demolished during the fire by an excavator that was called in.

The apartment building was occupied at the time; however, everyone was able to make it out of the building safely with no injuries being reported.

As for the other buildings nearby the fire, the only damage reported were issues with melted siding.

Later that day, D3 Automotive put out a message to everyone on Facebook.

The message read, “As many of you have already found out we lost the shop overnight to a fire.”

“Everything is a complete loss. We will be back, but it will take some time.”

“Thank you to all the first responders that did what they could to attempt to save what we’ve worked so hard for.”

“We are closed at this time until further notice. We can’t thank the community and customers enough for their support as we move forward.”