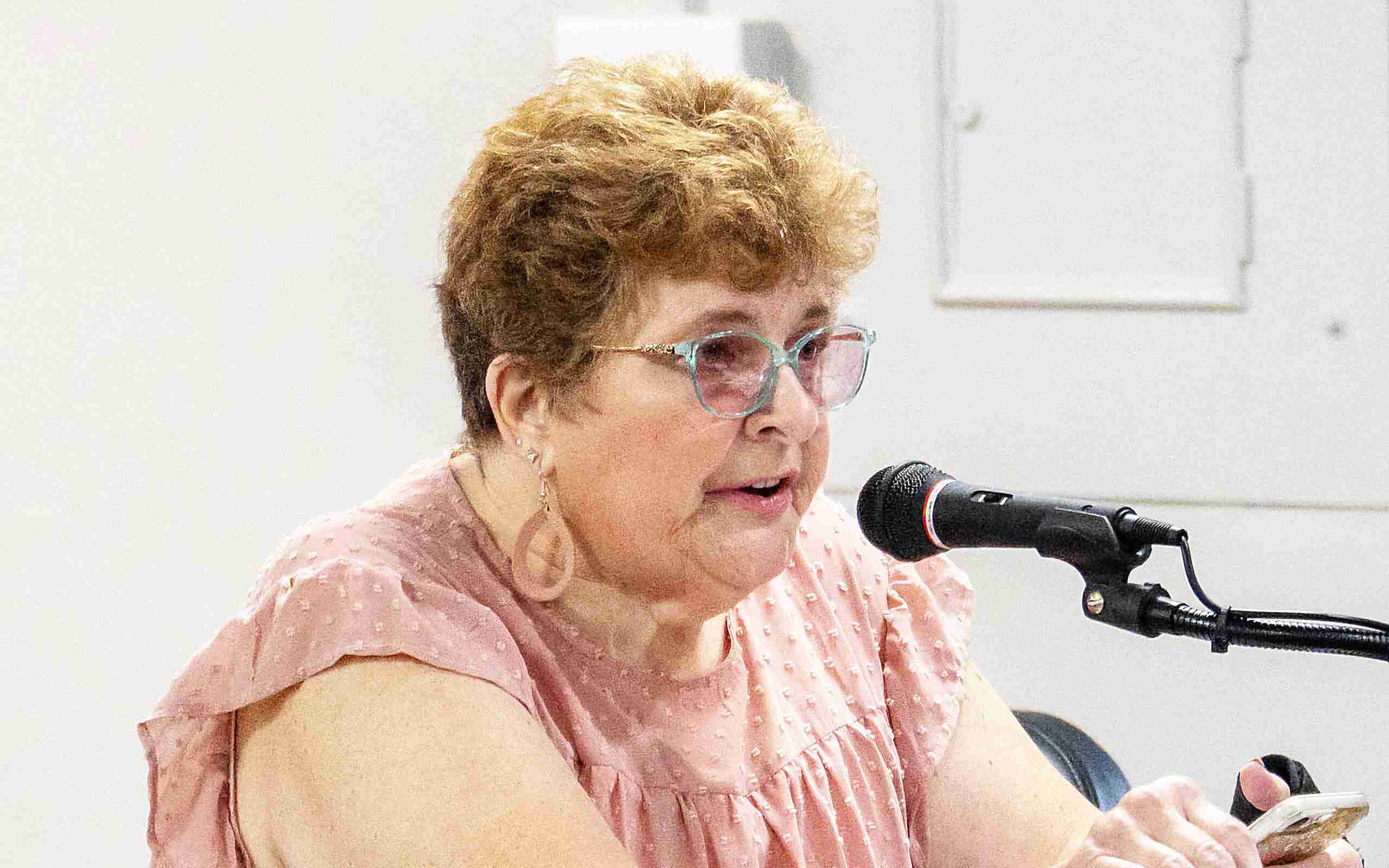 GOLDSMITH … Carol Goldsmith speaks to council regarding the marijuana prohibition ordinance they will be voting on later in the meeting. (PHOTO BY JACOB KESSLER, STAFF)

The Delta Village Council held their meeting on Monday, July 11th. The meeting began at 5:30 p.m. with the Pledge of Allegiance and a prayer.

Council first moved to amend the current agenda to include two additional items including executive session at the end of the meeting and the changing of Resolution 22-08 to 22-09.

Council then heard from members of the public who wished to address council. Carol Goldsmith spoke first stating that she believes there is a misconception with the stating of medical marijuana.

She explained that it is her understanding, that it is easy to obtain a medical marijuana card. She also stated that her son was a victim of marijuana.

Lastly, she spoke about her experience as a substitute teacher saying, “It breaks my heart when we lose children to addition.”

Rachel Nagel spoke next and stated that thirteen people have previously spoken out to council against marijuana and only one person spoke for it.

She also discussed a previous comment made by councilmember Dawson when he spoke about voters for the marijuana issue vs how many people voted for him to be on council.

She continued on stating that she begged council to think about the repercussions now and in the future.

With no correspondence, Brad Peebles gave his administrators report. In addition to the written report given, Mr. Peebles spoke regarding pylon replacements.

Council then moved to discuss matters of legislation with the following items being approved.

The Third Reading of Ordinance 22-08 to supplement Ordinance 21-13 to make supplemental appropriations for the current expenses of the Village of Delta for the fiscal year ending December 31st, 2022.

The Third Reading of Ordinance 22-09 prohibiting the cultivation of marijuana; processing of medical marijuana; marijuana wholesalers; marijuana retailers and medical retail marijuana dispensaries in the Village of Delta, Fulton County, Ohio. This vote passed by a vote of 4-2.

The Second Reading for Ordinance 22-12 authorizing the mayor to execute a renewed contract with Kevin Heban and the Law Firm Heban, Murphree, and Lewandowski to serve as Law Director for the Village of Delta.

Emergency Resolution 22-08 authorizing the village administrator to execute renewal for property and liability insurance with the Ohio Plan and declaring an emergency.