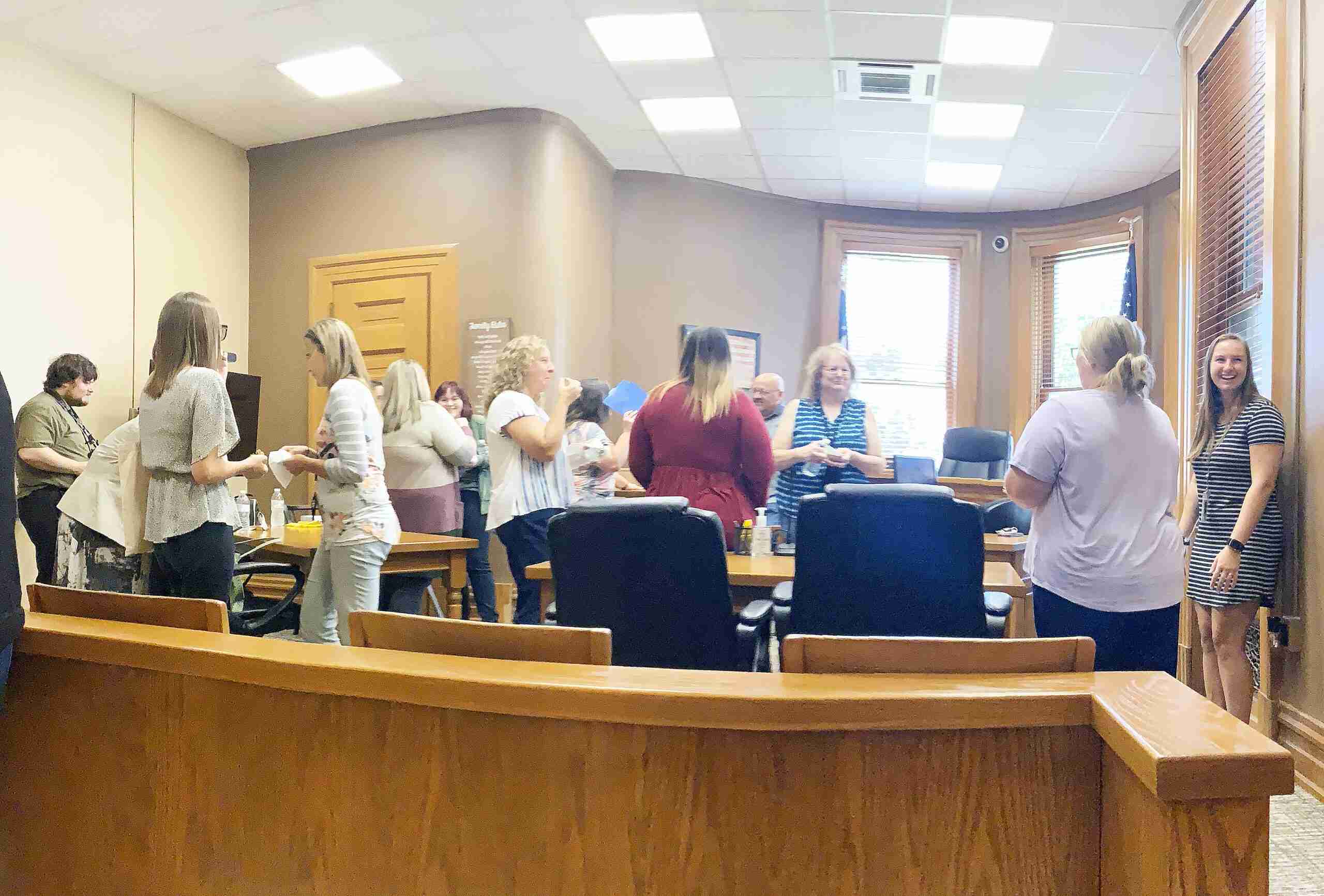 GATHERING … Community members and CASA volunteers gather upstairs in the Williams County Courthouse to recognize, meet, and thank all those who work hard for the program. (PHOTO BY LINDSAY PHILLIPS, STAFF)

CASA stands for Court Appointed Special Advocates. These advocates are local volunteers that serve as a voice for children that have experienced abuse or neglect.

Northwest Ohio CASA began in 1991 as a court-based program known as Henry County CASA and transitioned to an independent non-profit in 1996.

In recent times, in 2017, the program expanded to Defiance and Williams County, with Paulding County included in 2020.

On Wednesday, July 13, at 3:00 p.m. on the second floor of the Williams County Courthouse, a meet and greet was held for the local CASA volunteers and representatives.

Many people from the court came, including Williams County Commissioner, Terry Rummel and representatives from Jobs and Family Services.

Gallagher stated, “We have a lot of important, involved and like-minded people in what we’re doing here today. I’m happy we could be here and share.”

Gallagher went on to state, “This program is near and dear to my heart, it is one I have great faith in and a great desire to make sure its successful.”

Gallagher addressed the attendees and stated, “From the CASA program to Jobs and Family services and the work that they do, these case workers are working their tails off because of the number of cases that have now developed.”

‘Whether you attribute that to COVID or any number of reasons in our community. We are on board to triple our Abuse Neglect Dependent Docket this year alone.”

Director of the Northwest Ohio CASA program, Jessica Robbins was present and shared, “It’s been great to step into a director’s role and have so much support from all of our judges, volunteers and board.”

“Everyone’s main goal in this room is to protect children, so it’s a really great opportunity for us all to get together.”

Jessica Robbins recently stepped into the director’s role three months ago, prior to this new role she was an Advocate Coordinator for Defiance and Paulding County.

Following the introduction of those present, all present were welcomed to water, cookies and an opportunity to get to know all those who work so hard for the CASA program.