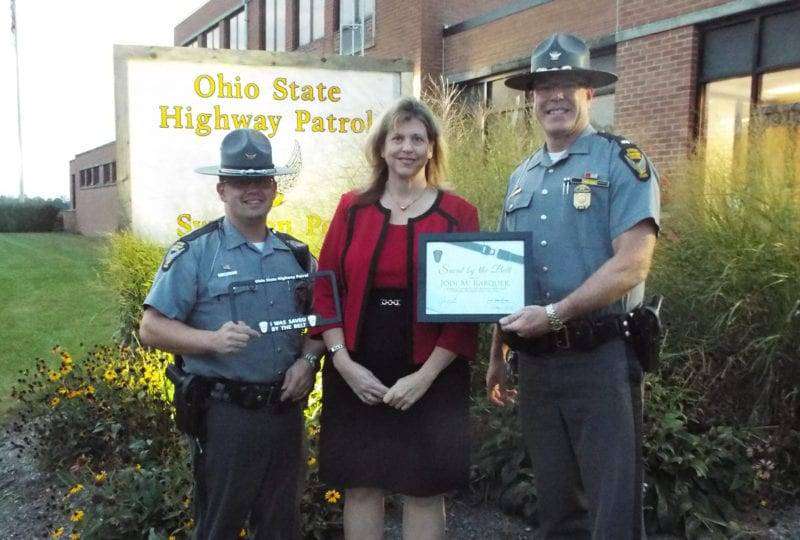 Delta resident Jodi M. Rabquer joined Ohio’s “Saved by the Belt” Club after her safety belt saved her from sustaining life-threatening injuries. The incident occurred on Interstate 80 in Fulton County on September 9.

“Jodi is a living testimony to the effectiveness of safety belts,” Lt. Fisher said. “Everyone needs to buckle up every trip, every time.”In 2018, 419 people were killed in traffic crashes where a safety belt was available, but not in use.

The “Saved by the Belt” Club is a joint effort by the Ohio Department of Public Safety and more than 400 Ohio law enforcement agencies. This club is designed to recognize people who have benefited from their decision to wear safety belts in their vehicles. Jodi also received a “Saved by the Belt” license plate bracket. 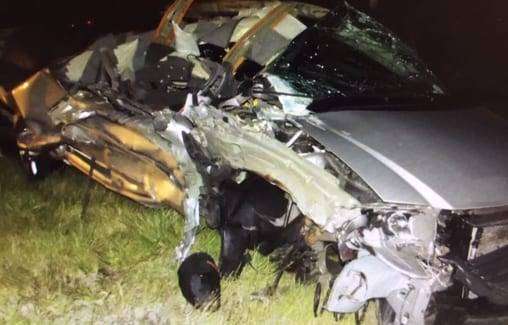