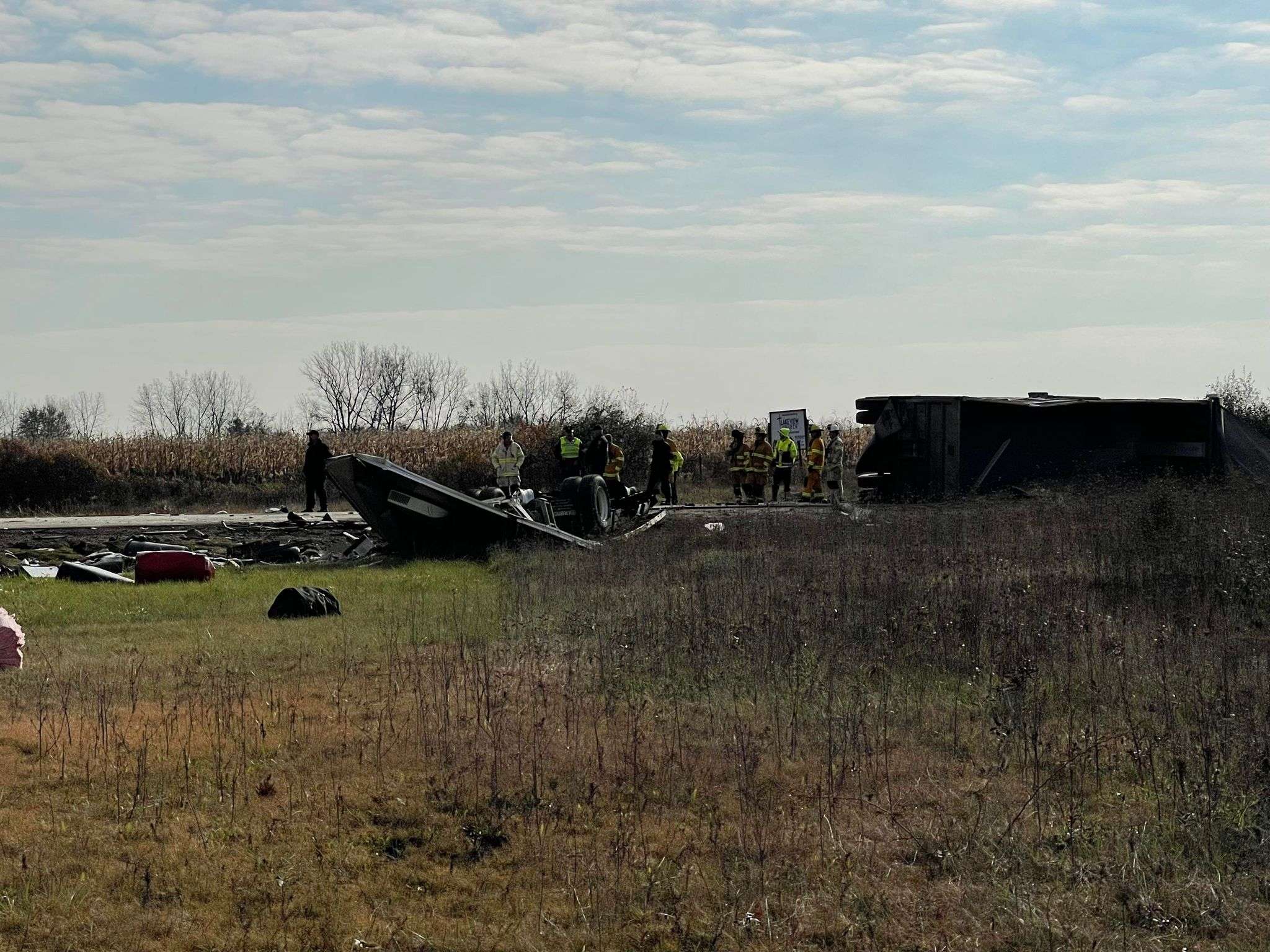 Hillsdale County Sheriff’s deputies are investigating a fatal traffic crash that occurred Friday morning at the intersection of Pioneer Road and Territorial Road in Amboy Township.

Hillsdale County Sheriff Scott Hodshire confirmed late morning that two people lost their lives in the head-on crash between a semi-truck and a box truck.

“It’s one of the most gruesome crashes I’ve ever worked and I was in the fire service for 20 years,” Hodshire said.

Hodshire declined to identify either victim pending next of kin notification and a preliminary investigation by Dep. T.J. Leva, the sheriff’s crash investigator.

The semi-truck overturned in the crash just south of Territorial Road blocking both lanes of Pioneer Road for hours as investigators began piecing together what happened.

Hodshire said the two victims who succumbed to their injuries had occupied the box truck and had to be extricated from the destroyed cab of the truck.

The semi-truck driver appeared to be uninjured, Hodshire said, but was transported to a hospital in Bryan, Ohio for evaluation anyways and a voluntary blood draw, which is standard in a fatal crash investigation.

Debris from the box truck and its contents laid scattered through the intersection and into the southwest field of the intersection as the medical examiner’s office and a commercial vehicle enforcement trooper with the Michigan State Police joined the investigation.

Pioneer Road southbound was closed at Camden Road with assistance from the Hillsdale County Road Commission although some east-west traffic was allowed to continue through the intersection.

Hodshire said a press release with additional information would be released following their preliminary investigation.

Be the first to comment on "Deputies Investigating Fatal Crash"