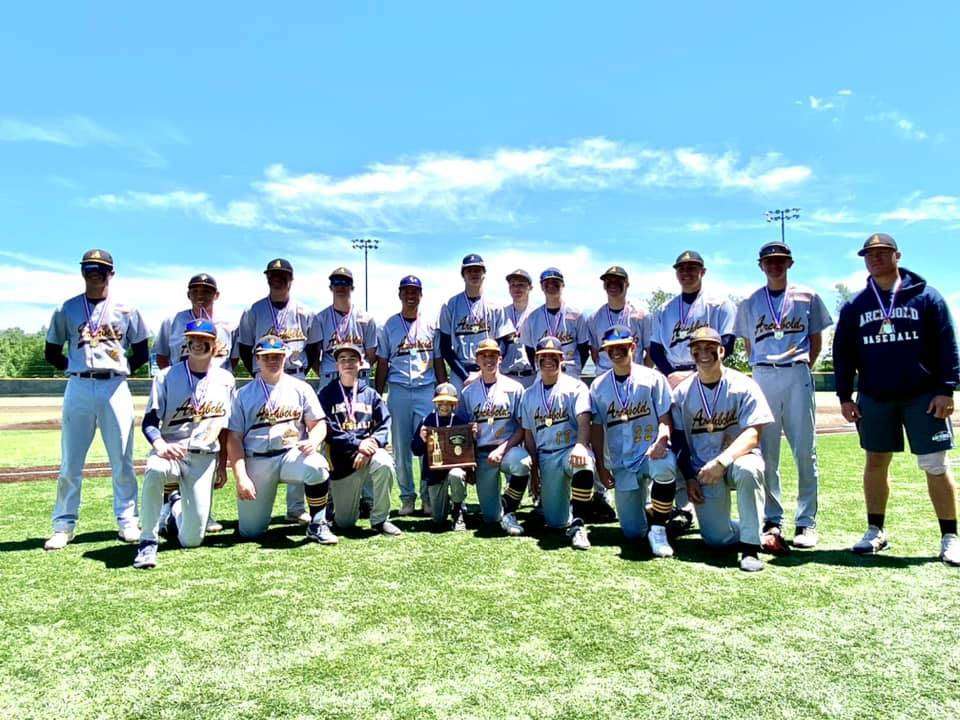 FIVE-PEAT … Archbold took home their fifth straight district title with a 6-1 win over Otsego. The Bluestreaks will face Milan Edison in the regional semifinals on Thursday.

DEFIANCE-Bluestreak pitcher Jayden Seiler dominated on the mound and DJ Newman paced the Archbold offense with three hits as they knocked off Otsego 6-1 for a fifth straight district title.

Newman jump started the Streaks in the bottom of the first inning with a two-out solo home run to right to tie the game at 1-1 after the Knights plated a run in the top of the inning.

Archbold put together a two-out rally in the second as Gavin Bailey and Devon Morris singled and then Jack Hurst hit a grounder to first base that mishandled and allowed Bailey to score and make it 2-1.

The third inning saw Archbold pull away as Krayton Kern reached on an error to start things before Newman drove in Kern with a double to right.

Archbold added one more run in the fifth as Hogrefe walked to open the inning and then move to second on a sacrifice by Zane Behnfeldt.

Hogrefe then advanced to third on a wild pitch and would score when Bailey hit a pop up that was dropped by the second baseman as Archbold built the lead to 6-1.

After giving up a run on two hits to the Knights in the first inning, Seiler shutdown Otsego as he allowed just one hit and struck out 10 over the final six innings and finished with 11 strikeouts in the game.

Archbold totaled 10 hits on the afternoon as Newman went 3-4 with two RBIs and Burkle was 2-4 and drove in a run.

Archbold (20-11) will matchup with Milan Edison in the Division III regional semifinals on Thursday at 2pm at Elida Middle School.