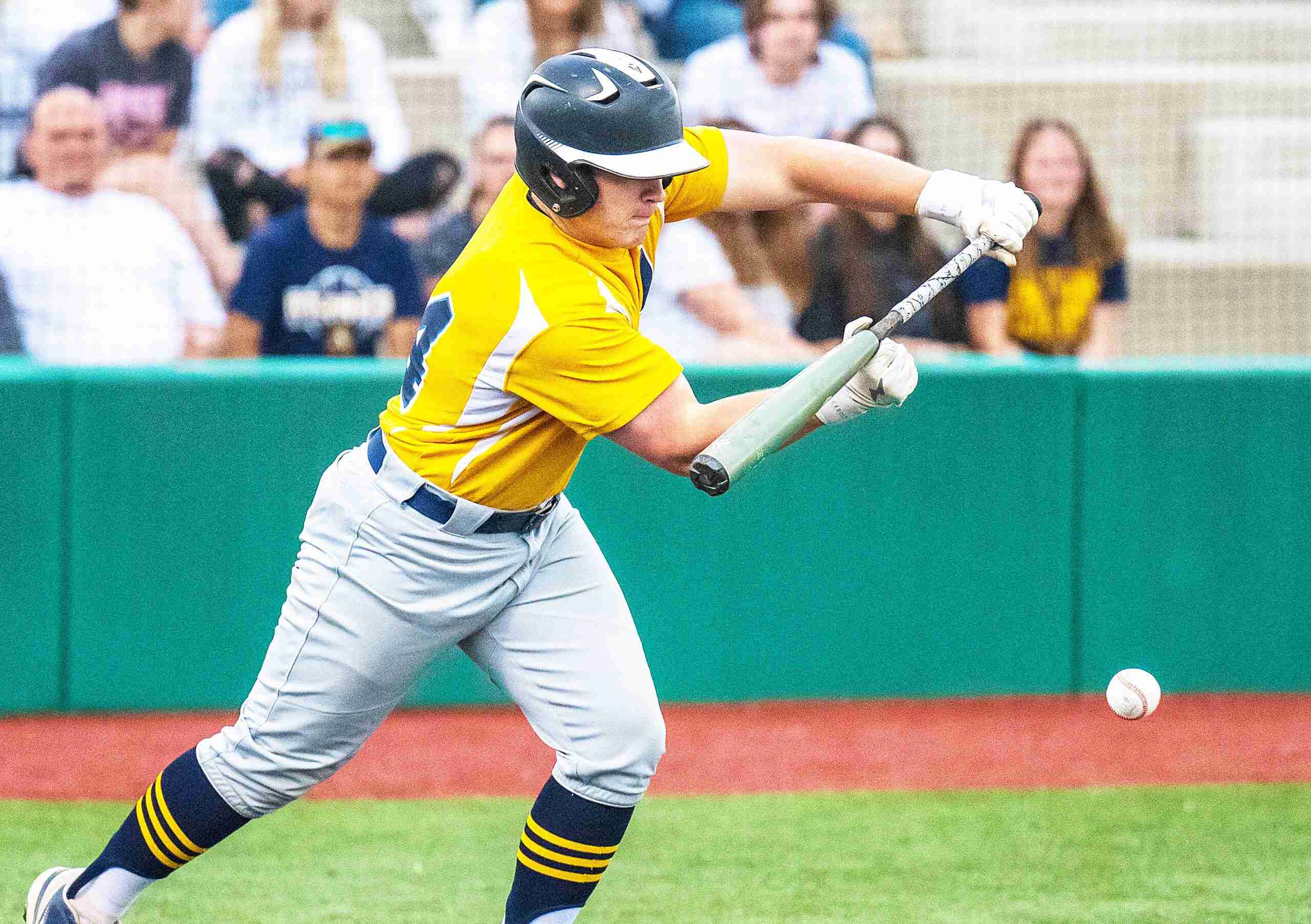 MOVING THE RUNNER … Brian Burrowes looks to drop a sacrifice bunt for Archbold in the second inning against Tinora. (PHOTO BY JACOB KESSLER, STAFF)

But it was for the Tinora Rams last night as a Nolan Schafer home run was one of those two hits and Casen Wolfrum shutdown the Archbold bats in a 1-0 win over the Division III state runner-up last season.

It was evident through the first three innings that scoring opportunities were going to be far and few between in this matchup between the No. 2 seed Tinora and No. 5 Archbold.

Nolan Schafer led off the bottom of the fourth with a solo blast over the left field fence for Tinora’s first hit of the night and a 1-0 lead.

Archbold’s half of the fifth inning started with a Brian Burrowes single and after a steal of second base, Burrowes moved to third on a flyout by Zane Behnfeldt.

Wolfrum stopped the Archbold threat at that point getting Jaybe Burkle to groundout and Jack Hurst to strikeout looking to end the inning.

Archbold mounted one more charge in the seventh as Behnfeldt hit a bloop double to right field to put the tying run at second base with two outs for the Bluestreaks.

Wolfrum again answered the bell by getting Burkle to popout to third base to send Tinora to the district finals today where they will face the top seeded Ottawa Hills Green Bears.

Wolfrum ended the night allowing four hits with five strikeouts and no walks.

Archbold starter DJ Newman allowed just one hit in the game other than the Schaefer homer and rung up 12 strikeouts to go along with zero walks.